SYNOPSIS:
From Academy Award®-winning director Steve McQueen (“12 Years a Slave”) and co-writer and bestselling author Gillian Flynn (“Gone Girl”) comes a blistering, modern-day thriller set against the backdrop of crime, passion and corruption. “Widows” is the story of four women with nothing in common except a debt left behind by their dead husbands’ criminal activities. Set in contemporary Chicago, amid a time of turmoil, tensions build when Veronica (Oscar® winner Viola Davis), Linda (Michelle Rodriguez), Alice (Elizabeth Debicki) and Belle (Cynthia Erivo) take their fate into their own hands and conspire to forge a future on their own terms. “Widows” also stars Liam Neeson, Colin Farrell, Robert Duvall, Daniel Kaluuya, Lukas Haas and Brian Tyree Henry.

Widows follows four women who take up their deceased husbands’ next heist. It will have its World Premiere at TIFF ‘18 in the Galas Programme and is the follow-up Film to Director Steve McQueen’s 12 Years a Slave.

This Film is different from McQueen‘s previous Films, however it still hits all those important messages and has complex, layered characters that have made his Films so special. His Script, which he co-wrote with Gillian Flynn, has four rich female leads that are all unforgettable. Viola Davis, Elizabeth Debicki, Michelle Rodriguez and Cynthia Erivo as spectacular fireworks that explode on the screen. This one is not to be missed.

Words and Photo by Amanda Gilmore for Mr. Will Wong

Widows takes place in the south side of Chicago and follows four women who take up their deceased husbands’ next heist. The hot topic of the conference was the female empowerment and race relation messages. “This Film shows what happens in public and private,” McQueen said about the depiction of race relations in America.

It comes as no surprise that Davis loves to delve deep into complicated and powerful female characters, and her role in Widows is no different. “I love kicking ass,” she laughed. 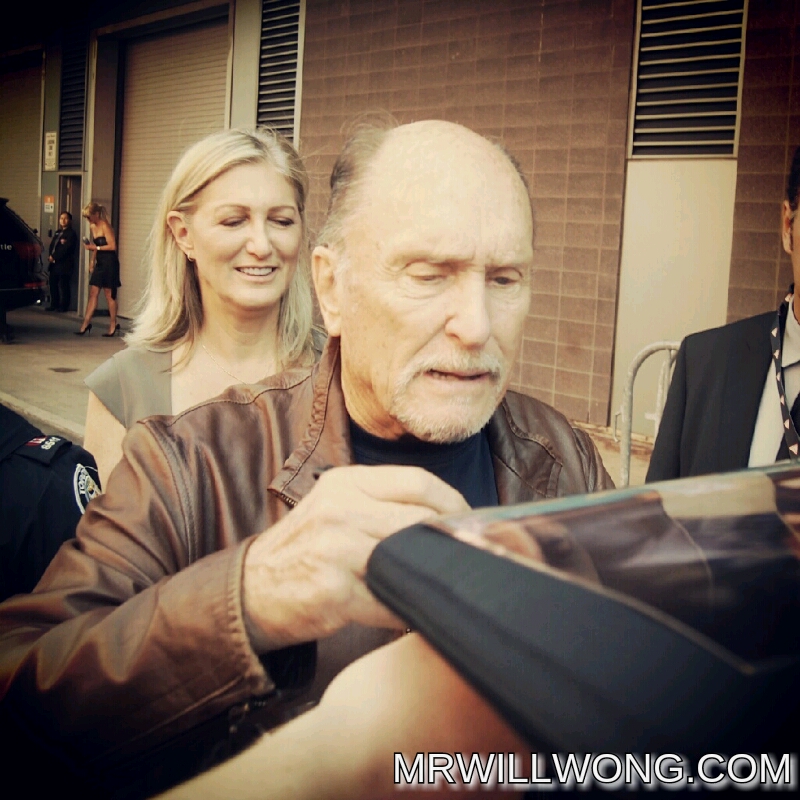 Legendary Actor Robert Duvall greeted Fans with warm reception earlier today at the Press Conference for Billy Bob Thorton‘s latest directorial effort, Jayne Mansfield’s Car. The 81-year-old Actor stopped to take Photos with Fans, interacting with them at length. Who would’ve known that the Star of The Godfather Star would be so friendly?