#FIRSTLOOK: “I WANT YOU BACK” TRAILER

Jenny Slate and Charlie Day team-up on Rom-Com I WANT YOU BACK, coming soon to Prime Video.

Peter (Charlie Day) and Emma (Jenny Slate) are total strangers, but when they meet, one thing instantly bonds them: they were both unexpectedly dumped by their respective partners, Anne (Gina Rodriguez) and Noah (Scott Eastwood), on the same weekend.  As the saying goes, “misery loves company,” but their commiseration turns into a mission when they see on social media that their exes have happily moved on to new romances, Anne with Logan (Manny Jacinto) and Noah with Ginny (Clark Backo).

Terrified that, in their 30s, they have lost their shot at happily ever after and horrified at the prospect of having to start over, Peter and Emma hatch a desperate plot to win the loves of their lives back.  Each will do whatever it takes to put an end to their exes’ new relationships and send them running back to their arms.

They’ve also created some funny Memes to get you pumped!

charlie day I Want You Back jenny slate

#SUNDANCE: “HOW IT ENDS”

On the day an asteroid is set to obliterate the world, Liza (Zoe Lister-Jones) decides to head to a friend’s end of the world party. But before she gets there, she intends to right her regrets. With her metaphysical younger self (Cailee Spaeny) beside her, the two walk around the deserted LA Hills. Along the way, they run into strangers and friends seeing how they’re spending their last living day.

How It Ends has a funny premise and ample amounts of comedian cameos, such as Fred Armisen, Charlie Day, Nick Kroll and more. One of the greatest scenes involves Lister-Zones visiting her ‘psychic’ friend, played by Olivia Wilde. The two talk over one another in their attempt to make amends. Lister-Jones and Wilde have perfect comedic timing together and are delight to watch. However, this dramedy steers more often into drama territory rather than comedy. In these cameos there are laughs to be had. But when we are back in the central storyline there are dramatic topics discussed.

Particularly the main lesson which is learning to love yourself. This beautiful message is touchingly brought to the forefront with the sweet performances from Lister-Jones and Spaeny. The two have amazing chemistry that perfectly resembles the intimate, frustrating and funny understanding we have with ourselves. It’s Spaeny who’s the true scene-stealer as the younger, free-spirited Liza who encourages her adult-version to love and care for herself.

How It Ends is at its best while walking around the streets of LA and randomly running into strangers and friends. We witness how everyone’s idea of a perfect last day is different. Some want to do drugs, others clean and garden, some seek retribution and others perform their craft. The one thing never experimented with is the complete fear of knowing today is the day they’re going to die. Each character is in a state of calm because they knew and planned for this. But it might’ve been funny to see someone losing their minds.

Overall, How It Ends is loaded with comedic cameos and has charming performances from its co-leads.

How It Ends screens at Sundance:

Universal Pictures Canada x Mr. Will want to give Readers a chance to attend an Advance Screening of PACIFIC RIM UPRISING in Toronto, Montreal, Vancouver, Edmonton + Calgary on Wednesday, March 21, 2018.

Synopsis:
The globe-spanning conflict between otherworldly monsters of mass destruction and the human-piloted super-machines built to vanquish them was only a prelude to the all-out assault on humanity in Pacific Rim Uprising.

Rebellious Jake Pentecost (John Boyega) is a once-promising Jaeger pilot whose legendary father gave his life to secure humanity’s victory against the monstrous “Kaiju.” Jake has since abandoned his training only to become caught up in a criminal underworld. But when an even more unstoppable threat is unleashed to tear through our cities and bring the world to its knees, he is given one last chance to live up to his father’s legacy by his estranged sister, Mako Mori (Rinko Kikuchi)—who is leading a brave new generation of pilots that have grown up in the shadow of war. As they seek justice for the fallen, their only hope is to unite together in a global uprising against the forces of extinction.

Jake is joined by gifted rival pilot Lambert (Scott Eastwood) and 15-year-old Jaeger hacker Amara (Cailee Spaeny), as the heroes of the PPDC become the only family he has left. Rising up to become the most powerful defense force to ever walk the earth, they will set course for a spectacular all-new adventure on a towering scale. 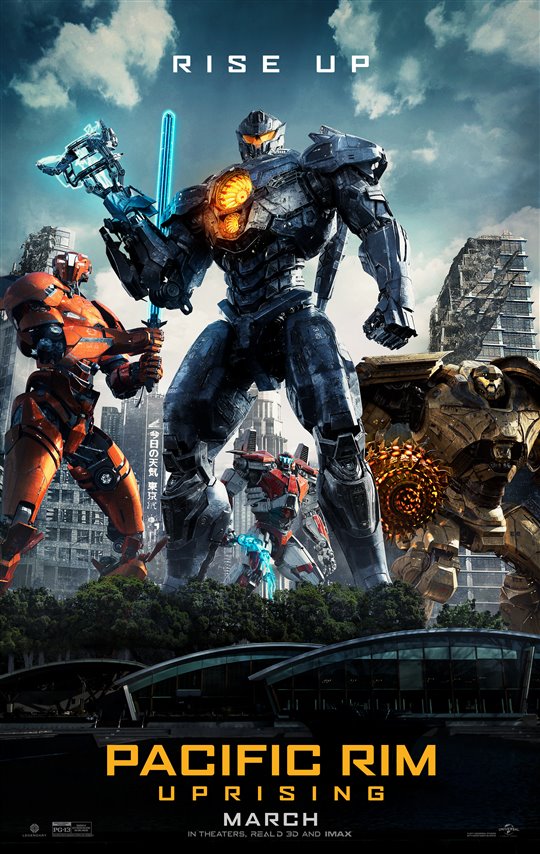 To enter to win, click “like” on this Post at MR. WILL ON FACEBOOK. In the comments there, tell us your City and also one legacy you have to carry-on for your family. Re-Tweet this Contest Tweet from @mrwillw for an extra chance!

We loved the first and can’t wait for the second! You must witness this amazing new Trailer for PACIFIC RIM: UPRISING starring John Boyega!

On March 23, a new generation will rise up. Watch the trailer for #PacificRimUprising now. pic.twitter.com/B1xeCx2wn9

Basically, I ROFLd all through 2012′s Horrible Bosses and I am certain from the likes of it, it pretty much will be the same seeing HORRIBLE BOSSES 2!

A Teaser Trailer for the Sequel has just surfaced and the laughs just seem to pick-up where they left-off last time. I personally loved Jennifer Aniston as the sex-crazed Boss of Charlie Day‘s Dale and she’s up to her old tricks yet again here.  Read our Chat with Sudeikis back in 2011 as he was in-town promoting Horrible Bosses.

Could we ask for anything more?  Careful not to give too much away still, this brand new Trailer for Guillermo del Toro’s Pacific Rim has just been released, focussing almost exclusively on the War between Monsters and Robots.  In a scintillating display of Action, Destruction and neon-lit Chaos, this Toronto-filmed Action-Adventure looks to deliver on every scale in a big way.

And while we’re on it, news has just surfaced that del Toro‘s next Feature Crimson Peak will begin production in Toronto July 2014.  Let’s roll-out the Welcome Mat for Emma Stone, Jessica Chastain, Benedict Cumberbatch and once again Hunnam!

This needs to be released like right NOW. Guillermo del Toro has a busy slate in 2013 and in addition to releasing Toronto-filmed Horror Mama, on which he serves as Executive Producer later this month, this July his $300-million Sci-Fi Epic Pacific Rim is set to cause a tidal wave at the Box Office.  As you are aware, I filmed a week’s worth of scenes on the Film last year – even if just in the background – and I’m so super-stoked.

Stay tuned as I have a few Pacific Rim-related Giveaways soon to come!