#INTERVIEW: LILY JAMES AND SPECIAL GUESTS AT THE CANADIAN PREMIERE OF “CINDERELLA”

She certainly was Belle of the Ball! English Actress Lily James gained international recognition as Lady Rose MacClare on Downton Abbey. But who would’ve known soon after she would land the Breakthrough Role of a lifetime, starring in the titular Character in Disney‘s  ambitious live-action Adaptation of Cinderella?

This new Version of the Disney Classic gives us an elevated sense of romance between Ella (James) and her Prince (Richard Madden), heightened Stepmother (Cate Blanchett) – Stepsister (Sophie McShera, Holliday Grainger) tension and a glimpse into the unfading optimism of Ella, whom despite adversity still chooses to surround herself with beauty. The tasteful CGI is jaw-dropping and this Kenneth Branagh creation is a total visual delight, never once forgetting the very heart of this beloved Tale.

The Red Carpet was filled with Fans and Media alike, all eager for a chance  to see with James, an absolute vision in white. “I’m wearing Dior“, she tells me about her beautiful dress and clutch.

I ask James about what makes Cinderella so timeless in that it continues to resonate in a big way with Audiences today. She tells me, “I think at the heart of the story is the Underdog.  The Girl that deserves everything but has nothing – but is rewarded.”.  She adds, “You can get behind her and root for her. There’s so much heart to it”.

James tells me also the greatest thing she took away from her experience making Cinderella.  She reveals how humbling it was to work with true Greats like Cate Blanchett and Helena Bonham Carter stating, “I learned so much, endless things from Helen and Cate.”  “They’re strong Women – brilliant Actors and brilliant Human Beings.”.  She also reveals that soon again she will collaborate with  Kenneth Branagh, telling us  “Yes, he is going to direct Richard Madden and me in Romeo & Juliet”.  And after seeing this Remake you’ll understand exactly why the Thespian-Helmer is so eager to work with the Duo once again.

Tonight’s Premiere was none short on local star-power. Several Talent walked the Red Carpet in support of this timeless tale including Child Actor Shailyn Pierre-Dixon (The Book of Negroes) who scored a Photo Op with James after handing her a copy of the Book on which her TV Series is based upon, as a gift. Guests also included  Sarah Allen (Remedy), Liz Trinnear (MuchMusic), Jeremy MacPherson (Game of Homes), Genelle Williams (Bitten), Peter Outerbridge (Murdoch Mysteries), Tammy Isbell (Bitten), Tommie-Amber Pirie (Pretend We’re Kissing), Lauren Riihimaki (LaurDIY) and Sara Lynn Cauchon (The Domestic Geek), among others. The Hosts of CTV’s highly-rated The Social: Traci Melchor, Melissa Grelo, Lainey Lui and Cynthia Loyst, also were among those to grace the Red Carpet and chat with us.

Like the Audience tonight, those who see Cinderella in theatres will be treated with the delightfully-cute Short, Frozen Fever, which sees our favourite Sisters on-screen once again planning a Birthday Bash for Anna, all while Elsa experiences in untimely fashion, a… wait for it… cold.

See our Chats with James, The Hosts of The Social, Liz Trinnear, Sarah Allen and Tomie-Amber Pirie below: 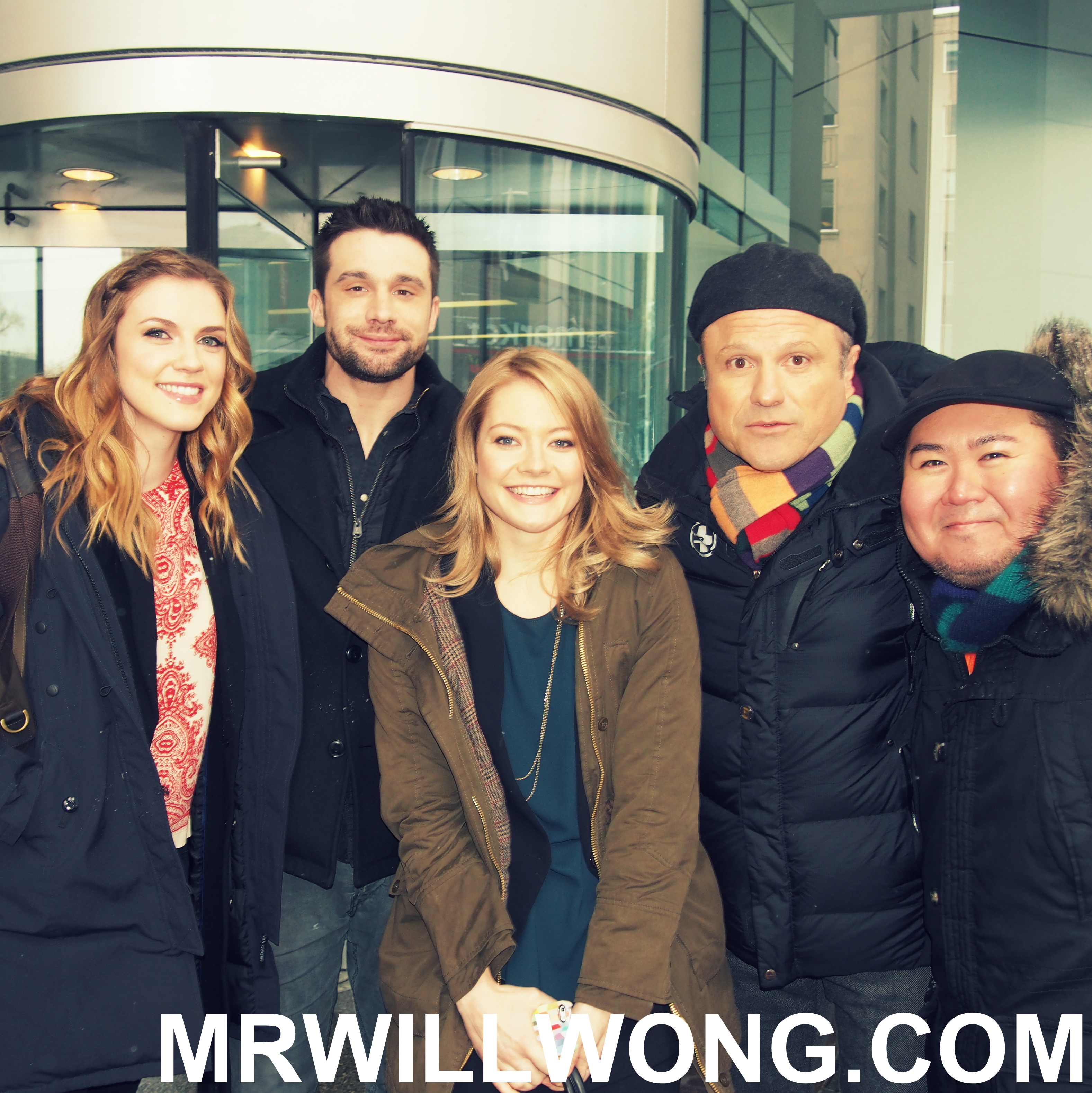