There absolutely is no doubt about Katy Perry’s Pop Domination right now and tonight‘s Halftime Performance at Super Bowl 49 in Phoenix solidified what we’ve known from the start – she is an Icon! The faster you recognize this, the easier your life will be.

Joined by her Idols Lenny Kravitz on the Track I Kissed a Girl and also by Missy Elliott on Last Friday Night (T.G.I.F.) Remix, the Crowd went absolutely berserk. Perry‘s entrance on a metallic tiger performing ROAR was a sight to be seen – a taste of the energy she brings to her live Shows.  Perry capped it all off literally on an explosive note with – you guessed it – fireworks on her hit Single, FIREWORK!

We‘ve seen Perry many times live including her most recent PRISMATIC TOUR.  See some Highlights from that here!

We don’t know about you, but we are counting down the days till The Hunger Games: Catching Fire hits theatres. 50 days to be precise.

For those of you who absolutely cannot wait, Advance Tickets are available for purchase now at:
www.cineplex.com
www.empiretheatres.com
www.landmarkcinemas.com

Watch the brand-new IMAX Trailer for The Hunger Games: Catching Fire below:

And guess what I got in the mail today?!  A brand new Mockingjay Pin!  The second one in the Series!  I couldn’t stop wearing my first one! 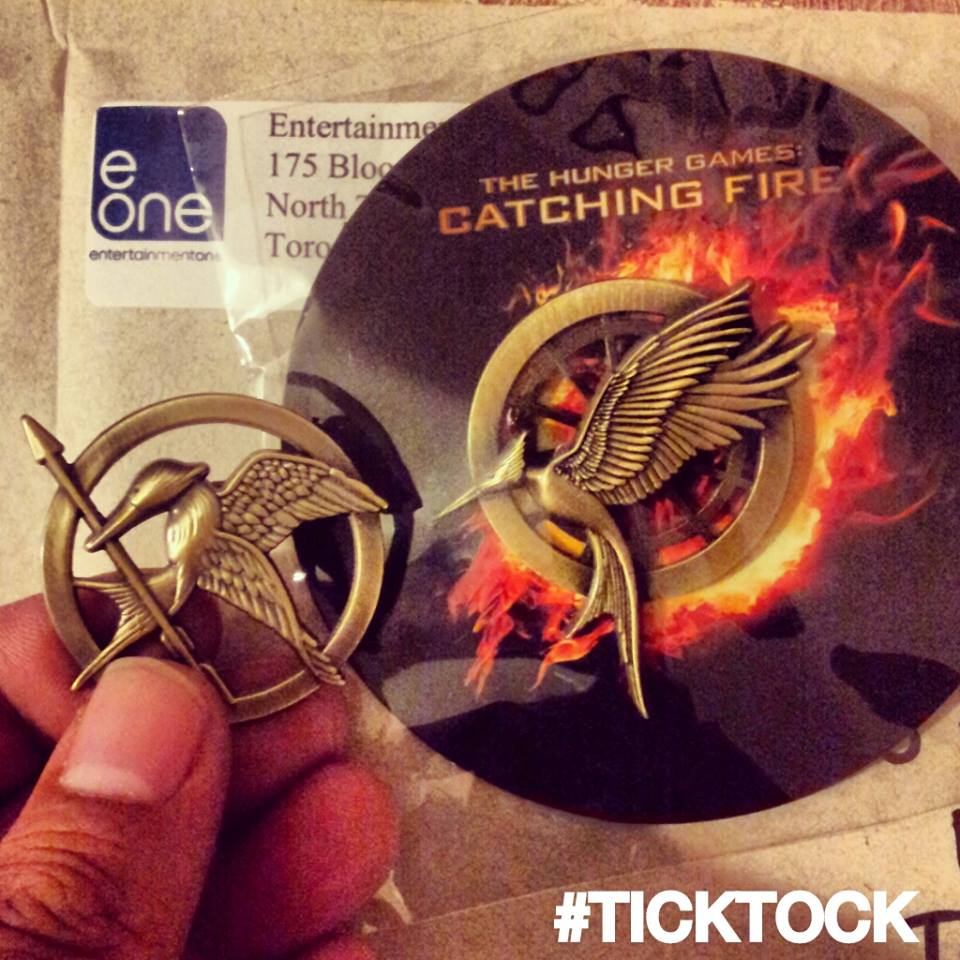 Remember who the enemy is.