Adam and Aaron Nee‘s THE LOST CITY is set to make a splash during the Big Game this weekend. Check-out this brand-new TV spot to air during the game!

Synopsis:
Brilliant, but reclusive author Loretta Sage (Sandra Bullock) has spent her career writing about exotic places in her popular romance-adventure novels featuring handsome cover model Alan (Channing Tatum), who has dedicated his life to embodying the hero character, “Dash.” While on tour promoting her new book with Alan, Loretta is kidnapped by an eccentric billionaire (Daniel Radcliffe) who hopes that she can lead him to the ancient lost city’s treasure from her latest story. Wanting to prove that he can be a hero in real life and not just on the pages of her books, Alan sets off to rescue her. Thrust into an epic jungle adventure, the unlikely pair will need to work together to survive the elements and find the ancient treasure before it’s lost forever.

#FIRSTLOOK: DISNEY BIG GAME 2021 PREVIEWS – “RAYA AND THE LAST DRAGON” AND “THE FALCON AND THE WINTER SOLDIER”

True to form, Disney unleash their heavyweights during the Big Game and premiering tonight were some sneak peeks at some anticipated new releases which we can enjoy from home with Disney+!

RAYA AND THE LAST DRAGON

In Select Theatres and on Disney+ with Premier Access on March 5, 2021.

THE FALCON AND THE WINTER SOLIDER

It’s that time of year again and we’re just like you, we love seeing what those millions of dollars in ad budgets garnered for the Super Bowl! Here is a compilation of our favourites this year.

If you’re enjoying the Big Game at home tonight, enjoy! May the best team win!

Our favourite spot didn’t involve celebrities. As always, Budweiser always nails it even if they didn’t have a formal TV Spot this year. Grab a tissue.

Here’s your first look at a new TV Spot to be seen during Sunday’s Big Game for A QUIET PLACE PART II!

OFFICIAL SYNOPSIS:
Following the deadly events at home, the Abbott family (Emily Blunt, Millicent Simmonds, Noah Jupe) must now face the terrors of the outside world as they continue their fight for survival in silence. Forced to venture into the unknown, they quickly realize that the creatures that hunt by sound are not the only threats that lurk beyond the sand path.

This Memorial Day weekend, SpongeBob SquarePants, his best friend Patrick Star and the rest of the gang from Bikini Bottom hit the big screen in the first-ever all CGI SpongeBob motion picture event. After SpongeBob’s beloved pet snail Gary is snail-napped, he and Patrick embark on an epic adventure to The Lost City of Atlantic City to bring Gary home. As they navigate the delights and dangers on this perilous and hilarious rescue mission, SpongeBob and his pals prove there’s nothing stronger than the power of friendship.

Paramount Pictures Canada release THE SPONGEBOB MOVIE: SPONGE ON THE RUN Friday, May 22, 2020.

Premiering during tonight’s Super Bowl was a brand-new look at SOLO: A STAR WARS STORY! Here is our official Trailer!

Synopsis:
Board the Millennium Falcon and journey to a galaxy far, far away in “Solo: A Star Wars Story,” an all-new adventure with the most beloved scoundrel in the galaxy. Through a series of daring escapades deep within a dark and dangerous criminal underworld, Han Solo befriends his mighty future copilot Chewbacca and meets the notorious gambler Lando Calrissian, in a journey that will set the course of one of the Star Wars saga’s most unlikely heroes 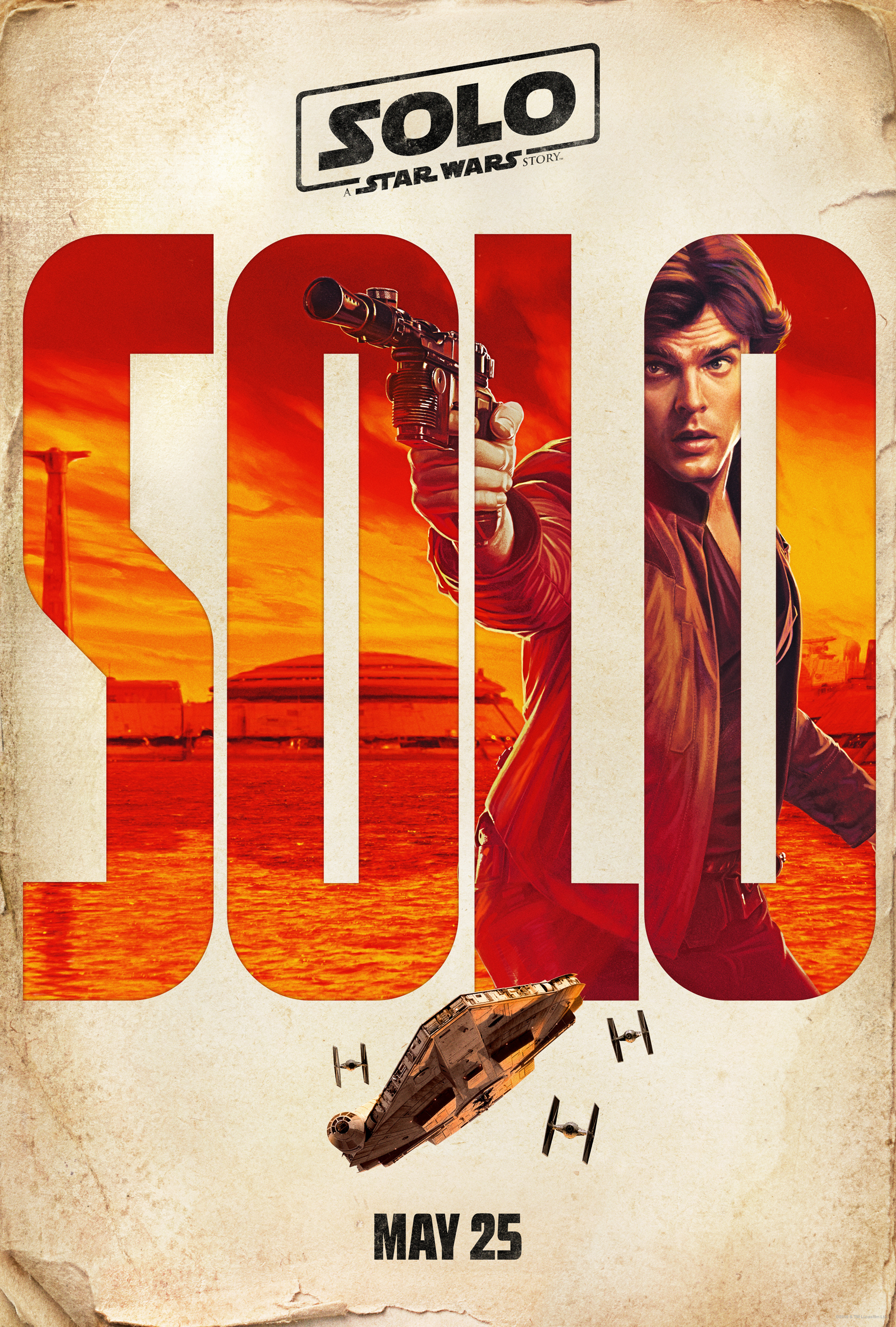