By George Kozera and Mr. Will Wong

Since the smash 2001 success of SUPER TROOPERS, Fans of the Broken Lizard Comedy Group have long been waiting on a follow-up. In Toronto to promote the anticipated Cult Hit Sequel were the men behind the laughs. Our George Kozera had the pleasure of chatting with Stars and Writers of SUPER TROOPERS 2 (directed by the Group’s Jay Chandrasekhar) including Erik Stolhanske (Rabbit), Paul Soter (Carl Foster) and Steve Lemme (Mac).

When a border dispute arises between the U.S. and Canada, our hapless heroes are called back to duty to patrol the disputed area (ironically, it’s in Quebec, notoriously accommodating to all things Anglophone!) You don’t have to be familiar with the original Movie as this sequel is fast and furious with laughter. We watch the five Americans try to make sense of the Canadian way of life…co-ed strip bars and a comprehensive health plan…a battle of “quien es mas macho” occurs, harvesting comic gold.

George chats with Stolhanske, Soter and Soter about the differences between screening this Film for Canadian vs. American audience, the decision to release the Film on a day synonymous with Cannabis Culture and also some of the exciting said cameos. Is it safe to say the Trio are obsessed with MRWILLWONG.COM?

In case you missed it, here is the NSFW Red Band Trailer for SUPER TROOPERS 2: 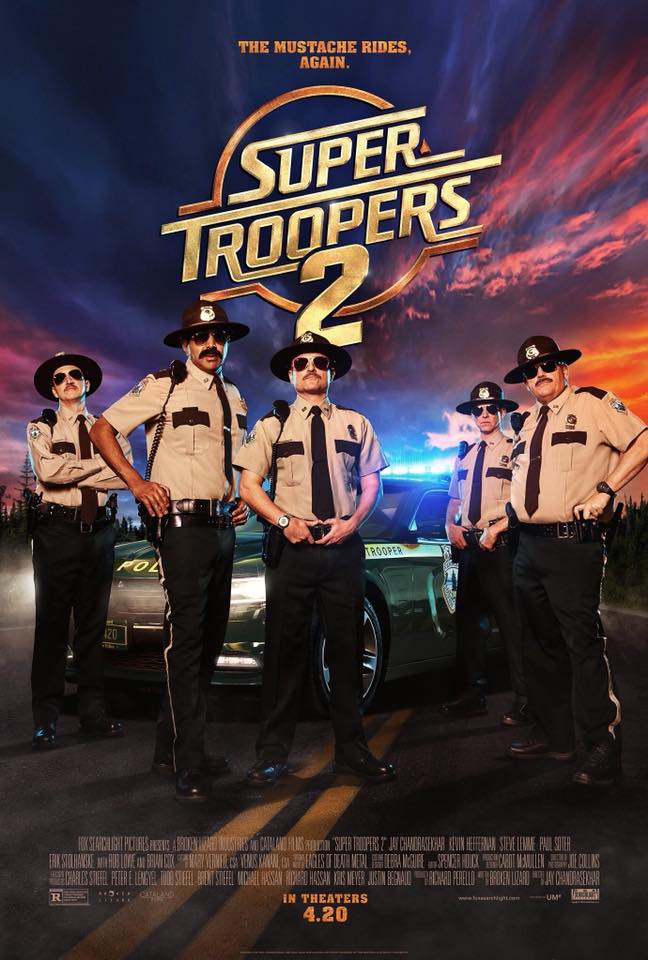 The excitement MEOWnts! Fans of Cult Classic SUPER TROOPERS will be delighted to know that a Sequel is on its way to us!