Here’s your first look at a new TV Spot to be seen during Sunday’s Big Game for A QUIET PLACE PART II!

OFFICIAL SYNOPSIS:
Following the deadly events at home, the Abbott family (Emily Blunt, Millicent Simmonds, Noah Jupe) must now face the terrors of the outside world as they continue their fight for survival in silence. Forced to venture into the unknown, they quickly realize that the creatures that hunt by sound are not the only threats that lurk beyond the sand path.

#FIRSTLOOK: A NEW TRAILER FOR “A QUIET PLACE PART II”

Synopsis:
Following the deadly events at home, the Abbott family (Emily Blunt, Millicent Simmonds, Noah Jupe) must now face the terrors of the outside world as they continue their fight for survival in silence. Forced to venture into the unknown, they quickly realize that the creatures that hunt by sound are not the only threats that lurk beyond the sand path.

In its third week out, AVENGERS: INFINITY WAR still is showing no signs of stopping as it takes the top of the Box Office yet again with $60 million from 4,474 theatres across North America for Disney/Marvel. It has made $546 million thus far in its run, the second-fastest rise of all time to the the half-billion mark.

LIFE OF THE PARTY debuts in second with $17.4 million for Warner Bros. from 3,656 theatres. The Melissa McCarthy-starring Comedy gets 41% on the Tomatometer and a B CinemaScore.

BREAKING IN opens in third with $14.4 million from 2,537 theatres for Universal Pictures. The Thriller starring Gabrielle Union, gets 29% on the Tomatometer and a B CinemaScore.

A QUIET PLACE finds itself in fifth with $6.1 million for Paramount Pictures. Over six weeks, it has made $169 million domestically.

TULLY is in eighth with $2.3 million for Universal Pictures/Focus Features, a total $7.2 million made over two weeks for the Jason Reitman Film.

BLOCKERS is at the bottom of the Top Ten with $1.05 million for Universal Pictures, a tally of $58 million over six weeks.

A Quiet Place avengers Blockers Breaking In life of the party

Never underestimate the power of word-of-mouth. A QUIET PLACE, directed by and starring John Krasinski (and also partner Emily Blunt!) quietly has been building buzz and raves were loud after its SXSW Premiere recently in Austin. It debuts atop the Box Office with a smashing $50 million for Paramount Pictures from 3,508 theatres. It gets a 97% on the Tomatometer and a B+ CinemaScore.

In second is last week’s champ READY PLAYER ONE with $24 million from 4,234 theatres, a total $94 million over two weeks for Warner Bros.

Third is new entrant BLOCKERS with $20 million from 3,379 theatres for Universal Pictures. The Comedy was made for $19 million and gets 83% on the Tomatometer and a B CinemaScore for first-time Feature Director Kay Cannon.

BLACK PANTHER is far from done, in fourth this weekend with $8.2 million in its eighth week out for Marvel/Disney. It has made $665 million to-date in North America.

CHAPPAQUIDDICK debuts in seventh with $5.7 million from 1,560 theatres for Entertainment Studios/D Films. The TIFF ’17 selection starring Jason Clarke gets an impressive 79% on the Tomatometer and a B CinemaScore.

THE MIRACLE SEASON rounds-out the Top Ten in its opening with $3.8 million from 1,707 theatres for LD Entertainment/Elevation Pictures. It gets 36% on the Tomatometer and an A CinemaScore from Audiences.

Hot off its SXSW Premiere, Paramount Pictures Canada x Mr. Will want to give Readers a chance in Toronto x Montreal to see A QUIET PLACE. Screenings take place:

Synopsis:
In the modern horror thriller A QUIET PLACE, a family of four must navigate their lives in silence after mysterious creatures that hunt by sound threaten their survival. If they hear you, they hunt you. 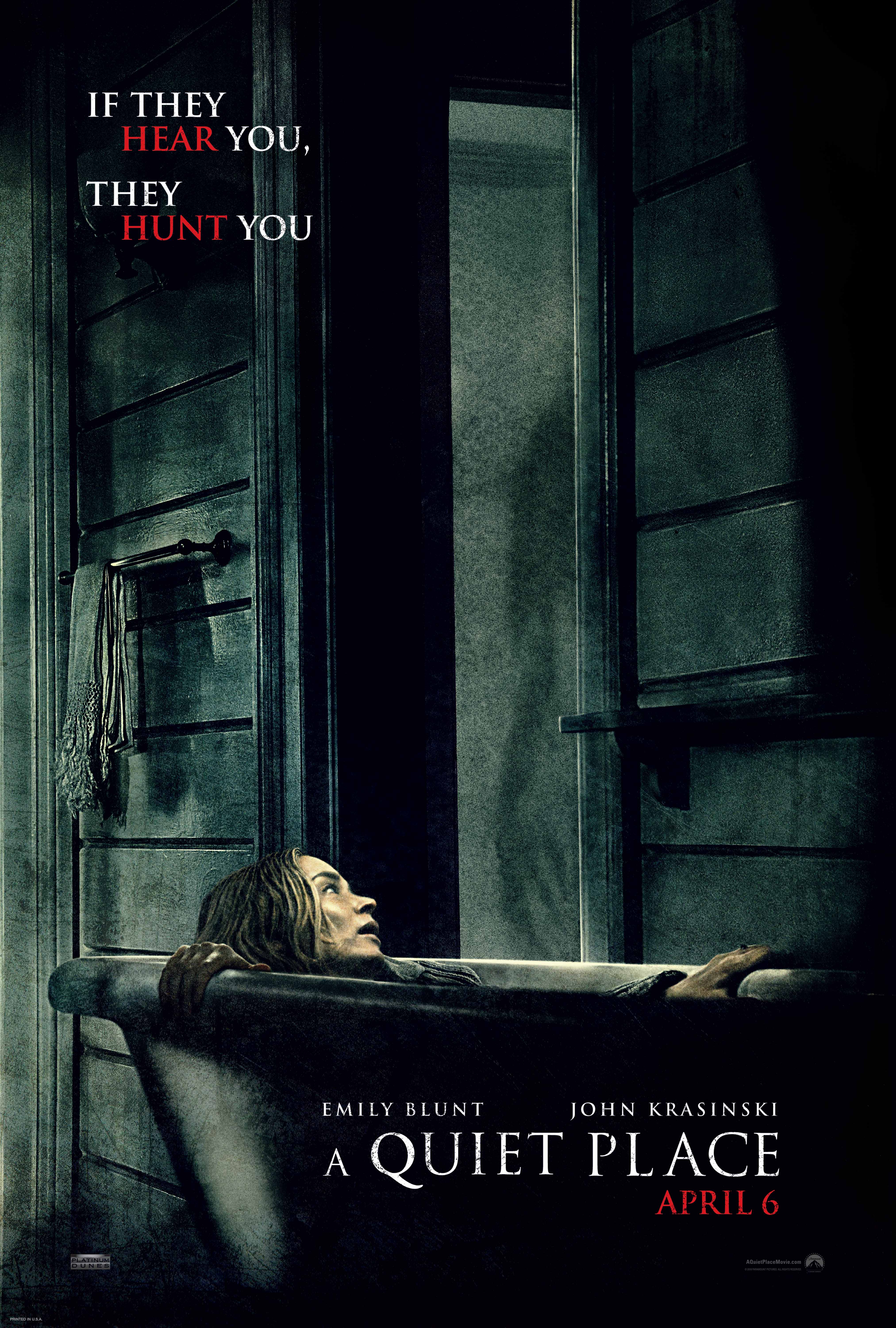