SPIDER-MAN: FAR FROM HOME takes the top of the Box Office a second straight week with $44.5 million from 4,634 theatres across North America.  This takes its  tally to $273.7 million for Sony Pictures.

TOY STORY 4 takes the second spot with $20.6 million in its third week out for Disney. Over four weeks it has grossed $346.3 million domestically.

CRAWL is in third with $10.6 million for Paramount Pictures in its debut at 3,170 theatres. It gets 88% on the Tomatometer despite not being previewed for Canadian media and Audiences gave it a B CinemaScore.

STUBER opens in fourth with $8 million from 3,050 theatres for 20th Century Fox. The Comedy starring David Bautista and Kumail Nanjiani, gets 47% on the Tomatometer and a B CinemaScore.

MIDSOMMAR lands in eighth spot with $3.5 million for A24/Elevation Pictures, a two week total of $18.4 million.

MEN IN BLACK: INTERNATIONAL rounds-out the Top Ten with $2 million for Sony Pictures, a five-week total of $76.3 million. 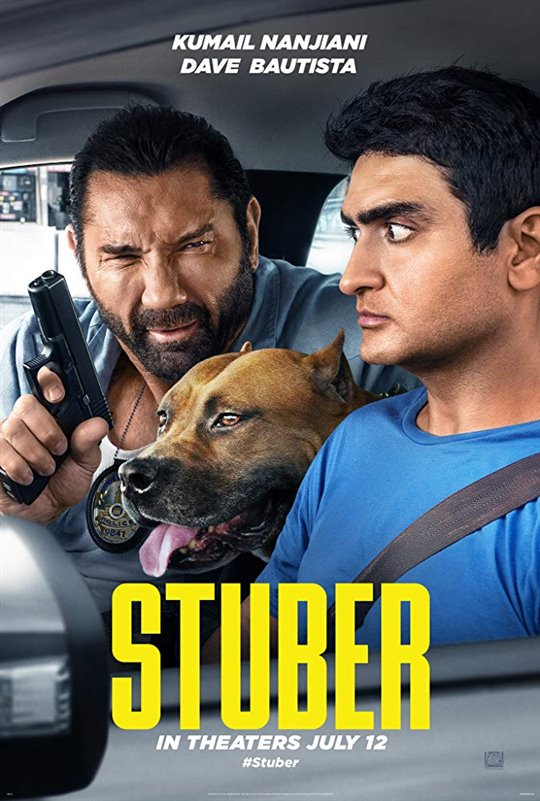 SXSW 2019 is beginning tomorrow in Austin, Texas and will run until March 17. It’s once again celebrating all things Film, Music and Comedy. The Festival runs from March 8-17.

SXSW is known to showcase some marquee titles that star heavyweight talent. It appears that this year SXSW will be putting its entire support behind the Horror film genre because both the Opening and Closing Film are sure to scare audiences. One of the highest profile Films this year is the Opening Night Film, US. This is the second Feature Film for Writer-Director Jordan Peele and stars Lupita Nyong’o, Winston Duke, Elisabeth Moss and more. We have word that all those we have named will be on hand for the World Premiere tomorrow at the Paramount Theatre. Pet Sematary has been chosen as the Closing Night Film and stars Jason Clarke, Amy Seimetz, John Lithgow and more.

Other Must-Sees which are having their World Premieres at SXSW are Long Shot starring Seth Rogen and Charlize Theron, Good Boys starring Canadian Jacob Tremblay, The Beach Bum starring Matthew McConaughey, Snoop Dogg, Isla Fisher and Zac Efron, The Highwaymen starring Woody Harrelson and Kevin Costner, Booksmart which is the directorial debut of Actress Olivia Wilde, and Stuber starring Dave Bautista and Kumail Nanjiani. All those Films are apart of the Headliners section of the Film Festival and are expecting big Red Carpet arrivals. One close-to-home Film we should have our eyes on is Run This Town, which is the Toronto-filmed movie about the late Mayor Rob Ford. It stars Ben Platt, Nina Dobrev, Scott Speedman and Damien Lewis as Rob Ford.

Something that sets the SXSW‘s Film Festival apart from others is its Keynote Speakers and Featured Sessions. These panels and talks provide insight into many different industries and social issues. This year some noteworthy mentions are Jason Blum, Ethan Hawke, Jodie Foster, Amber Heard, Busy Phillips, Elizabeth Banks, Gwyneth Paltrow, Henry Winkler, Kathy Griffin, Trevor Noah and more. There are also some political officials set to speak at sessions during the Festival such as Senator Amy Klobuchar, Senator Elizabeth Warren, House Minority Leader Kevin McCarthy and more.

Tomorrow is when things will be kicking into full swing, check back here for all the latest from SXSW.