Umm… can we go to Cannes? The lineup for the prestigious Film Festival has been revealed and this year 49 titles from 28 countries will be making their way to the Croisette May 11-12, 2016.  The Festival is seen as a precursor to some of the Films that will be seen Awards Season as contenders and also in our City, TIFF this September?

Among the highlights are Woody Allen‘s latest, Café Society, which re-teams once again Kristen Stewart and Jesse Eisenberg. The Film is about a young man in the ’30s who goes to Paris looking to work in Film, but he falls in love and is swept away by the café society. It opens the Festival.

Unlike other years, no Closing Night Film was announced. Like TIFF, they will re-screen the winner of the prestigious Palme d’Or.

American Honey from Andrea Arnold (Transparent), is a British Film about a group of young people who travel the U.S. selling magazine subscriptions and the antics they get into. Shia Labeouf and Riley Keough star.

Elle is the latest from Paul Verhoeven (Showgirls, Basic Instinct) and it centers around a video game company executive who gets attacked in her own home. She devotes her energies into finding her assailant and what results is much like an unpredictable video game.

Canada is well-represented by festival darling Xavier Dolan‘s latest, It’s Only the End of the World. It centers on a man who returns home to tell his family he’s dying. It stars Vincent Cassel, Marion Cotillard and Léa Seydoux.

Visionary Pedro Almodóvar returns to the festival circuit with his latest Julieta, which follows the life of a woman on the verge of madness and her life 30 years prior when things were grand.

Loving from Jeff Nichols follows an interracial couple who go to prison for being in love in 1958. Ruth Negga and Joel Edgerton star.

Jim Jarsmusch returns with his latest, Paterson, about a bus driver who dabbles in poetry. Star Wars: The Force Awakens’ Adam Driver stars.

Sean Penn directs The Last Face, starring Charlize Theron and Javier Bardem, both aid workers who fall in love in a war-torn Liberia.

Park Chan-wook (Oldboy) returns with The Handmaiden, about an heiress who falls for a thief.

Nicolas Winding Refn is developing a reputation for stylish, unconventional and polarizing Films and he returns with The Neon Demon, starring Elle Fanning as a supermodel whom is preyed upon by her rivals.

Personal Shopper stars Kristen Stewart as a young woman working as a shopper for a celebrity. Olivier Assayas directs. 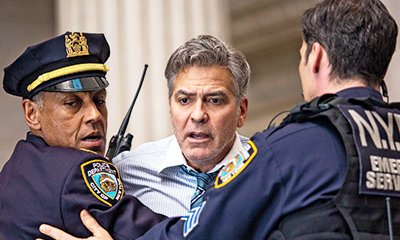