The 43rd annual Costume Institute Gala was held last night in New York City. The annual Fixture at the Metropolitan Museum of Modern Art pairs Fashion and Starpower together in a dazzling Red Carpet Affair with a hand-picked A-List of Invitees approved none other than by Vogue Editor-in-Chief Anna Wintour – the most respected and at once feared Woman in the Fashion industry. Earlier in the day, American First Lady Michelle Obama honoured her in a Ceremony at the Venue.

Bringing the focus on influencial Fashion Designer Charles James, Men for the first time ever played a more pronounced role at the Gala. Hugh Jackman, Neil Patrick Harris, Jim Parsons, Benedict Cumberbatch, Jay-Z, Kanye West, Chiwetel Ejiofor and Bradley Cooper – the latter serving as Chair this year, were among the many Hunks gracing the Red Carpet which shut down a portion of Fifth Avenue. A mandate was set by Wintour encouraging Coat Tails and white Bow Ties, most adhering as would best be advisable at the profile-boosting Extravaganza of the highest form.

As always, the Ladies are front and center.  Sporting and among the Red Carpet Favourites last included Supermodel Cara Delevingne in a Pantsuit by Stella McCartney, Karolina Kurkova in Marchesa, Lupita Nyong’o in a sparkly green piece by Prada and Blake Lively in Gucci.

The Party didn’t end right there though as the stars came out in full force at the Afterparties around town. It is said Beyoncé and Jay-Z got swarmed by Fans, travelling separately from one Party possibly for their own safety. Sean Penn and Charlize Theron were seen happily out and about as were another new Couple in Michael Sheen and Sarah Silverman. We wonder if there were any moments of awkwardness as Toronto’s own Rachel McAdams also attended; she previously was involved with Sheen. All eyes however were on Lively and Ryan Reynolds as loud cheers were hears upon their cozy displays of affection.

Several were disappointed about Jennifer Lawrence‘s deeply-felt absence despite being scheduled to be dressed in Dior and without Madonna this year, there seemed to be that little bit less enthusiasm in the air.

Some got a bit tipsy as we witnessed Academy Award Nominee Ejiofor getting a bit of help back to his Hotel, as was 20-year-old French Acting Sensation Adèle Exarchopoulos. And was that Tomato Sauce we saw on Lily Allen‘s cheek as she made her way back to her Hotel with a big box of Pizza in-tow?

Personally, we are still giddy about meeting Australian Beauties Naomi Watts and breakout Star Margot Robbie!  And did we mention that we got an ultra-rare opportunity to meet the biggest Celebrity in New York right now, Pasty Chef Dominique Ansel?  The soon-to-be Author and Beard Honour-receiving Cronut Inventor has the Culinary World and New York City at the palm of his hand. It was also sublime getting to meet Celebrity Photographer of the highest calibre, Mario Testino!

Just some of the Snaps below of whom I got to meet:

Thanks again, New York City for the fun times! 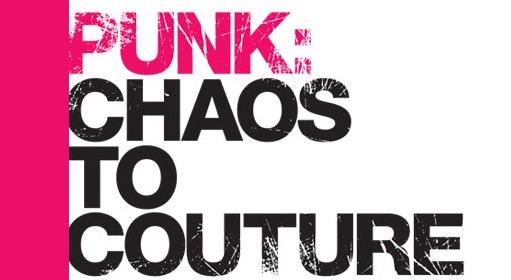