#SPOTTED: CHRIS HADFIELD IN TORONTO FOR “AN ASTRONAUT’S GUIDE TO LIFE ON EARTH”

A National Hero, an Internet Phenomenon and now an Author.  Commander Chris Hadfield has been in Toronto this past week  promoting his first Book, An Astronaut’s Guide to Life on Earth, which details his experiences as an Astronaut and Commander of the International Space Station.  Hadfield captivated the World with mind-blowing Photos shared via Social Media from his Expeditions, including his final one in which he aided scientific experiments dealing with the low impact of gravity on Human Biology.  A slick, self-made Music Video for his Cover of David Bowie’s Space Oddity recorded in Space  to date has garnered over 18-million views worldwide on YouTube.

As an Homage to Bowie, who has been front-and-center of late in Toronto with his popular Art Gallery of Ontario Exhibit taking place right now, Maclean’s features Hadfield on the Cover of their October issue made-up as Bowie in his Aladdin Sane Era.  Earlier in the week, he also did Interviews out of the Venue to be fully thematic.

Fans got a chance to connect with Hadfield last night as he met in-excess of 600 Fans at Indigo- Manulife Centre, signing Copies of his Book, while earlier in the day he head to the West-End for an appearance at Kobo‘s Headquarters. Generous in allotting the Media face time, he went on a blitz which included appearances on Global Television‘s The Morning Show (National Edition), 104.5 CHUM-FM’s Roger, Darren and Marilyn, KISS 92.5’s Roz & Mocha Show, City’s Breakfast Television, eTalk, CBC‘s Q Radio and George Stroumboulopoulos Tonight.  Although he’s scheduled to visit New York for a quick minute Thursday, he’ll be back in Toronto again this weekend to face Fans again at an Event hosted by Maclean’s at the MaRS Discovery District this Sunday at 1:00 PM.  Details here.

As he jogged across Bloor Street following a TV appearance yesterday into a silver Mercedes Benz, he apologized profusely as he didn’t have a moment for a Photo. This morning though, I spotted Hadfield and his Assistant grabbing a Coffee at Starbucks as they head-off for another day of Press.  Recognizing me right away, he came out of his car and shook my hand, taking a minute kindly for a Snap.  “Are we gonna be able to manage a Selfie?” and after a failed attempt, he was more than patient to Review the Photo with me. “That one will do!”, he gestured at the winning Pic on my LED Screen. 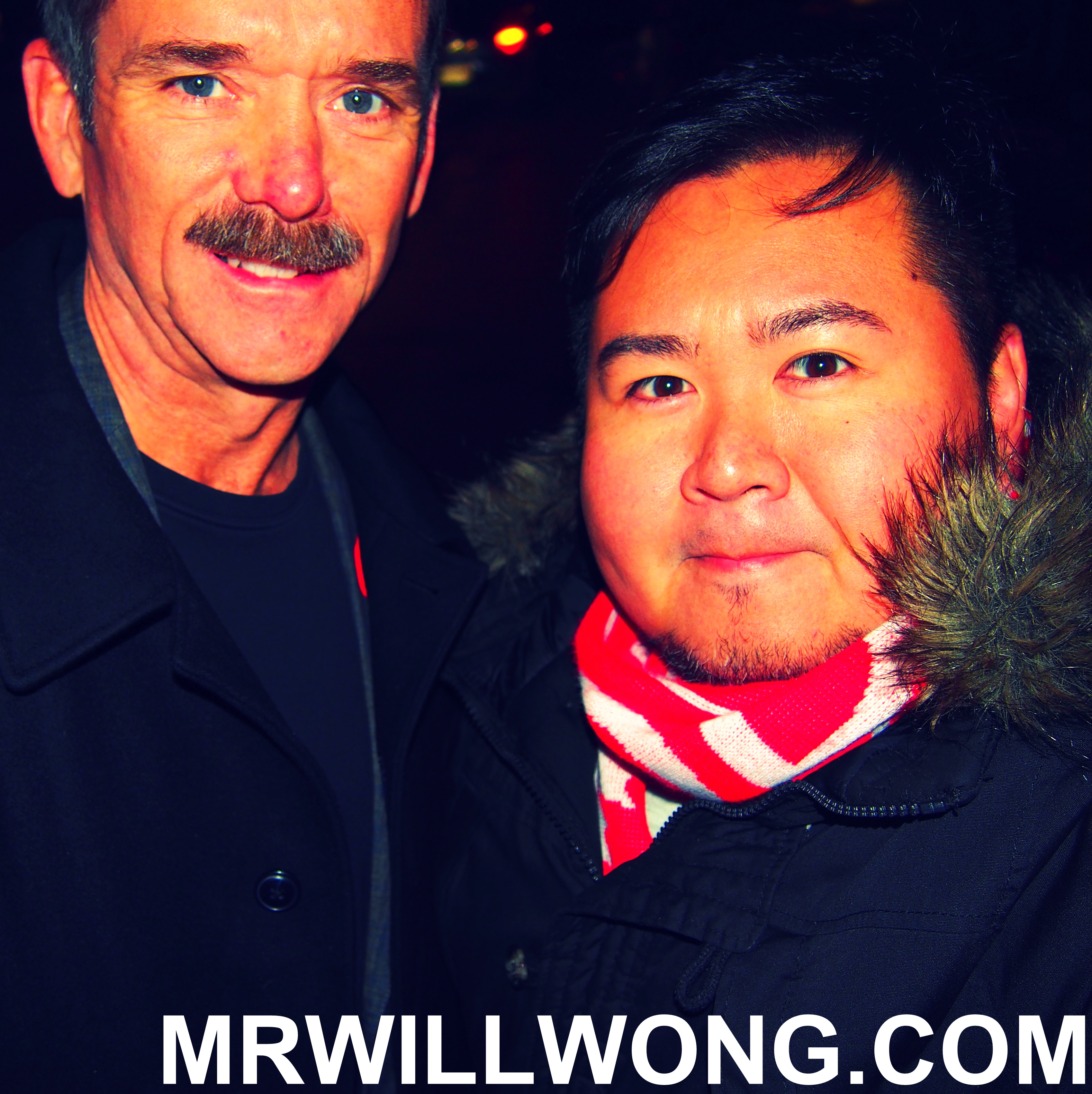 Order a Copy of on Hadfield‘s Book here!