Sometimes the rustle in the bushes actually is a monster.

Idris Elba (Fast & Furious Presents: Hobbs & Shaw, The Suicide Squad) stars in a pulse-pounding new thriller about a father and his two teenage daughters who find themselves hunted by a massive rogue lion intent on proving that the savannah has but one apex predator.

Elba plays Dr. Nate Daniels, a recently widowed husband who returns to South Africa, where he first met his wife, on a long-planned trip with their daughters to a game reserve managed by Martin Battles (Sharlto Copley, Russian Doll series, Maleficent), an old family friend and wildlife biologist. But what begins as a journey of healing jolts into a fearsome fight for survival when a lion, a survivor of blood-thirsty poachers who now sees all humans as the enemy, begins stalking them.

From visceral, experiential filmmaker Baltasar Kormákur, the director of Everest and Universal Pictures’ 2 Guns and Contraband, Beast is produced by Will Packer, the blockbuster producer of Girls Trip, the Ride Along franchise, and ten movies that have opened No. 1 at the U.S. box office, including Night School, No Good Deed and Think Like a Man, by James Lopez, president of Will Packer Productions, and by Baltasar Kormákur. The film is written by Ryan Engle (Rampage, Non-Stop) from an original story by Jaime Primak Sullivan and is executive produced by Jaime Primak Sullivan and Bernard Bellew.

Elevation Pictures x Mr. Will want to give Readers a chance to win passes to an Advance Screening of FREE FIRE Monday, April 17, 2017 in Winnipeg, Toronto, Ottawa and Halifax and Wednesday, April 19, 2017 in Edmonton and Vancouver.

SYNOPSIS:
Set in Boston in 1978, a meeting in a deserted warehouse between two gangs turns into a shootout and a game of survival.

After getting burned quite badly by his highly decisive High-Rise at last year’s Festival, I was a little skeptical to give Director Ben Wheatley’s Midnight Madness opener Free Fire a chance this year.

But I am very glad I did – because I freaking loved every moment of it.

Wheatley’s stylish and wildly unpredictable ode to ‘70s Crime-Thrillers is a blast from start to finish, rarely slowing down to breathe over the course of its 90-minute running time. What starts as a typical weapons deal devolves into a bloody, merciless and quick-witted Mexican standoff inside a sprawling abandoned warehouse. Everyone is in it for themselves, even turning on each other, hoping to be the last one standing to leave with a briefcase full of money.

The character set-up is minimal before chaos erupts, but each cast member seems to slide perfectly into their role. I have never seen Armie Hammer have as much fun or look nearly as cool under pressure as he does here. Sharlto Copley is pure manic insanity, continuing his string of standout, nonsensical character performances. Cillian Murphy is never afforded the time to cut loose, surprisingly staying narrow and calculating throughout. And fresh off her Oscar-winning turn in Room, Brie Larson turns heads as the only female in this room – who is just as lethal and desperate as the rest.

Free Fire is a lot of bloody fun, and the kind of genre film that audiences at Midnight Madness are going to go crazy for. Do not miss out. 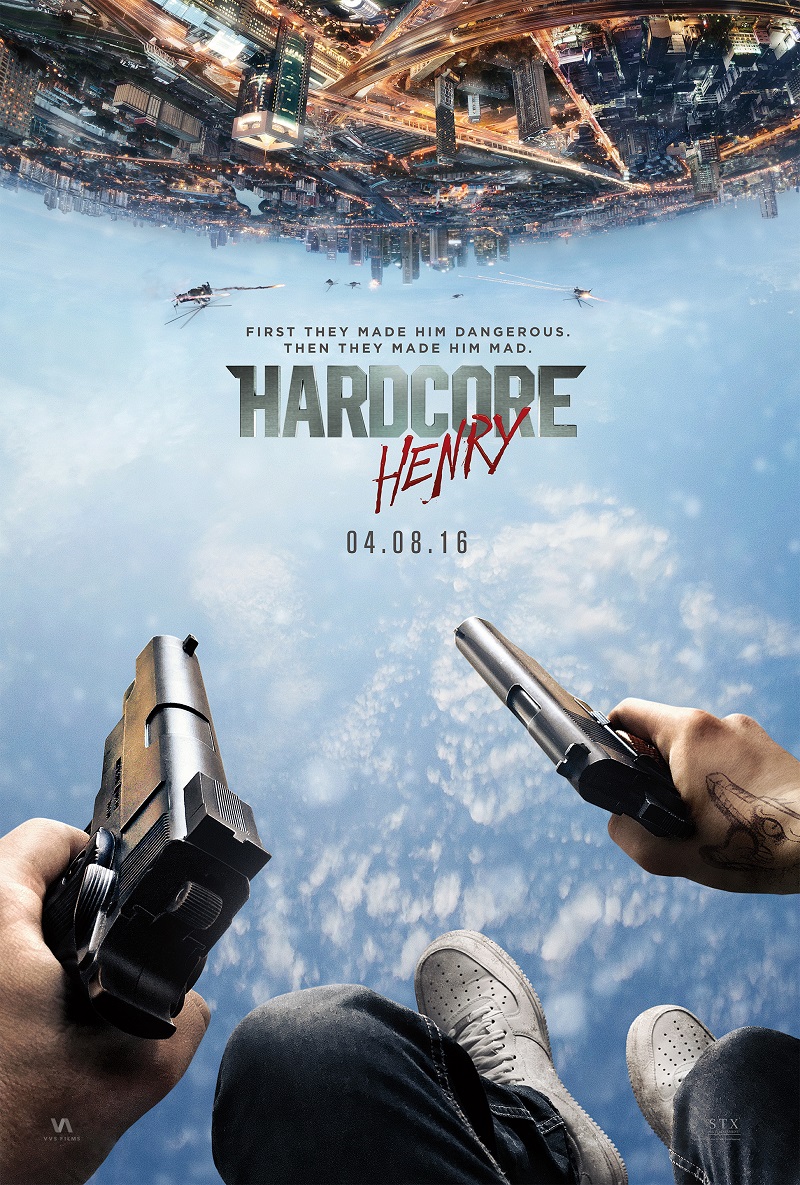 Although we saw a small Teaser a while back for Robot Action Flick CHAPPIE, we didn’t expect it to be the suspenseful, high-octane affair that it truly is! You must see this new Trailer for what sure will be a big Blockbuster to get us out of the Winter doldrums.

Official Synopsis:
From the director of District 9 and Elysium comes Chappie, starring Sharlto Copley, Dev Patel, with Sigourney Weaver and Hugh Jackman. Every child comes into the world full of promise, and none more so than Chappie: he is gifted, special, a prodigy. Like any child, Chappie will come under the influence of his surroundings — some good, some bad — and he will rely on his heart and soul to find his way in the world and become his own man. But there’s one thing that makes Chappie different from any one else: he is a robot. The first robot with the ability to think and feel for himself. That’s a dangerous idea — and it’s a challenge that will pit Chappie against powerful, destructive forces that would ensure that he is the last of his kind.

“There is evil in this World. Hatred. And Revenge.”.

If you listen carefully you might just recognize the voice singing over the Trailer.  Correct! It’s Lana Del Rey performing her Once Upon a Dream, the Track which will featured in the Film’s Closing Credits!

MALEFICENT explores the untold story of Disney’s most iconic villain from the classic Sleeping Beauty and the elements of her betrayal that ultimately turn her pure heart to stone. Driven by revenge and a fierce desire to protect the moors over which she presides, Maleficent cruelly places an irrevocable curse upon the human king’s newborn infant Aurora. As the child grows, Aurora is caught in the middle of the seething conflict between the forest kingdom she has grown to love and the human kingdom that holds her legacy. Maleficent realizes that Aurora may hold the key to peace in the land and is forced to take drastic actions that will change both worlds forever.