Eight-episode Series PAM & TOMMY thrust its way onto our radar the moment we saw that first look photo of Lily James transforming amazingly into a dead-ringer for Pamela Anderson. Craig Gillespie (I, Tonya, Disney’s Cruella) once again brings us a fascinating glimpse into the world of a misunderstood heroine and we’re here for it.

The ’90s-set Series is very intentional in its nostalgic references, whether it be in its Soundtrack, or keen attention to details in set decor and costumes. Just as many of us were getting our first dial-up modem and signing-up for our first e-mail addresses in the mid-90s, it was impossible to avoid the controversy of Mötley Crüe Drummer Tommy Lee (Sebastian Stan) and Pamela Anderson‘s Sex Tape Scandal. The VHS tape, recorded during the former couple’s honeymoon, was stolen by Rand Gauthier (Seth Rogen), a spiteful electrician owed money by Lee, who had been hired to do some renovation work in their home. Gauthier then began reproducing copies of the tape for sale, before things got out of hand, the tape continued to get pirated and surfaced online before Lee and Anderson even knew how to long onto the internet.

James is just superb as Anderson, really embodying her as a woman in love who wants nothing more than to be a mom, an Actress determined to advance her career, and when probed indignantly about her sexual past. All this, while being the blonde bombshell in a bikini whom America loved. Whether she is tilting her head up defensively or cautiously looking backwards at fans crowding around her, we believe every second that she is Anderson. Stan while given less to work with as the clueless Lee, gives it his all still and is in on the joke and all of Lee‘s absurdities. Similar can be said about Rogen, who is cast well as our eyes and ears into Pam & Tommy‘s world, but also acting often before thinking.

One thing we were fearful of with PAM & TOMMY was that it was taking the couple’s misfortune for the sake of entertainment. After all, wasn’t it enough that they had to go through it all once? Much of the earlier part of the Series has us being annoyed at the hormone-charged escapades between the couple, them oblivious to much else other than themselves. We also get to know Gauthier and establishing the motives for doing what he did. To be frank, these parts could have been condensed into an episode or two.

Where PAM & TOMMY truly takes flight is where we see Gauthier begin to face the consequences of his actions, not exactly getting rewarded for his “big business venture”. Writer Robert D. Siegel explores the impacts of this tape on the couple’s marriage and more so on Anderson‘s career. She seemed to be on the brink of something huge. No disrespect to her legacy. The Series examines gender double standards and how Anderson bears the weight of scrutiny and judgment as a woman, and also the question of consent which still bears just as much today in 2022 as it did when this controversy surfaced. In looking back at it all through fresh lens, we hope viewers not only see the Series as entertaining and often comical, but that what had taken place was a crime with lasting impacts.

We are way excited for this! Love seeing Sebastian Stan and Lily James transform completely as Pamela Anderson and Tommy Lee in one of the biggest scandals of the late ’90s! See the new Teaser for PAM & TOMMY!

Set in the Wild West early days of the Internet, “Pam & Tommy” is based on the incredible true story of the Pamela Anderson (Lily James, “Yesterday”) and Tommy Lee (Sebastian Stan, “The Falcon & the Winter Soldier”) sex tape. Stolen from the couple’s home by a disgruntled contractor (Seth Rogen, “Long Shot”), the video went from underground bootleg-VHS curiosity to full-blown global sensation when it hit the Web in 1997. A love story, crime caper and cautionary tale rolled into one, the eight-part original limited series explores the intersection of privacy, technology and celebrity, tracing the origins of our current Reality TV Era to a stolen tape seen by millions but meant to have an audience of just two.

The drama series premieres with three episodes on February 2, 2022 on Disney+ under the Star banner. New episodes stream weekly.

#FIRSTLOOK: “THE PURSUIT OF LOVE” STILLS AND TRAILER

Actress Emily Mortimer makes her TV directorial debut in THE PURSUIT OF LOVE. See this first look from the Series!

Based on Nancy Mitford’s classic novel, The Pursuit of Love is unlike many other period dramas (e.g. Jane Austen romances). Witty, sexy and quirky—steeped in a rich historical setting, it explores the complex realities of finding purpose as a woman in 1930s England. By satirizing classic British tropes and modernizing a period drama, this series is the antidote to Downton Abbey. At the heart of the tale we see Fanny and Linda, two young women on a lifelong pursuit of love and marriage, but what’s really left are the bonds of intimacy and friendship—and the love between these women. As pre-war political divisions split the nation, these women’s diverging choices raise intimate personal questions that are relevant today – about freedom, love, sex, politics and the mystery of the human heart. Like other successful period dramas, we will see beautiful sets and costumes, and the lifestyles of the very posh and privileged juxtaposed with the confined societal realities for the characters, especially the women, as told through a woman’s lens. Beyond the themes and historical setting of Pursuit of Love, Prestige Romantics will be drawn to the noteworthy, attractive celebrity cast, particularly as it is Emily Mortimer’s TV directorial debut.

Check-out these brand-new stills from THE DIG, coming soon to Netflix!

As WWII looms, a wealthy widow hires an amateur archaeologist to excavate the burial mounds on her estate. When they make a historic discovery, the echoes of Britain’s past resonate in the face of its uncertain future‎.

We know many of you are stoked about this upcoming Reboot of REBECCA, so here’s a look at the brand-new Trailer! 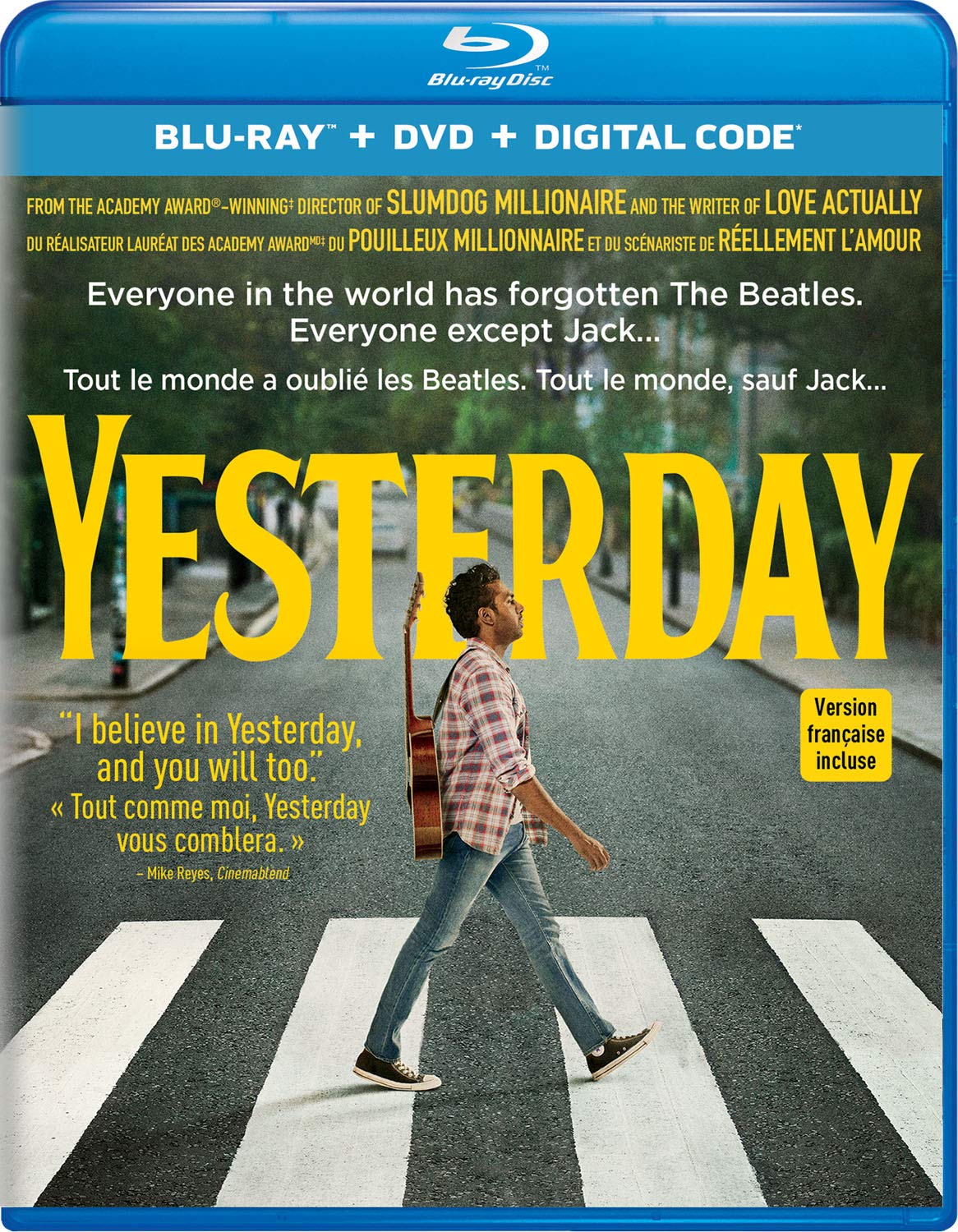 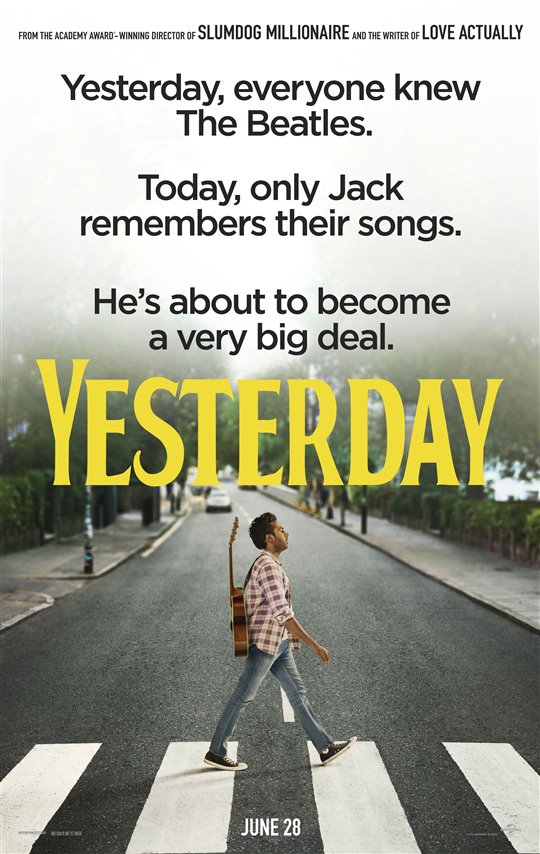 We proudly present to you another new look at Danny Boyle‘s YESTERDAY!

In Yesterday, Himesh Patel is Jack Malik, a struggling singer-songwriter whose dreams of fame are rapidly fading, despite the support and devotion of his childhood best friend, Ellie (Lily James). When Jack wakes up after a freak accident to discover that The Beatles have never existed … and he finds himself with a very complicated problem, indeed.