Synopsis:
After losing her waitressing job, Katie Franklin (Camila Mendes) takes a job as a caretaker to a wealthy elderly man in his sprawling, empty Chicago estate. The two grow close, but when he unexpectedly passes away and names Katie as his sole heir, she and her husband Adam (Jessie T. Usher) are pulled into a complex web of lies, deception, and murder. If she’s going to survive, Katie will have to question everyone’s motives — even the people she loves.

We know you love Noah Centineo and Camila Mendes! Now they’re together at last in this new Trailer for THE PERFECT DATE!

Synopsis:
Brooks Rattigan (Noah Centineo) has the academic chops to get into his dream Ivy League school, but what he’s missing is an outstanding extracurricular — and the money. When he seizes on an opportunity to make some extra cash by posing as the boyfriend of a self-assured, combat boot-loving girl named Celia Lieberman (Laura Marano), he finds he has a knack for being the perfect stand-in. Together with his programmer friend Murph (Odiseas Georgiadis), Brooks launches an app selling himself as a plus-one for all occasions. Along the way, he meets the girl of his dreams (Camila Mendes). But when business starts to boom, Brooks must reassess everything he was once sure of. 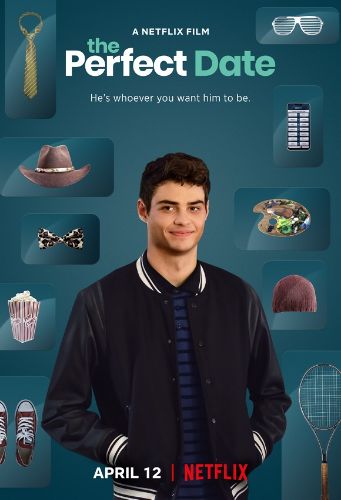