beauty and the beast

From the moment you step into Casa Loma for The Beauty and the Beast Exhibit, you feel as though you are immersed in the world of Belle and the Beast. The costumes that were used in the Film are on display, the memorable music is played through the main hall, and the rose is held in its case. Everything that’s important from the original Film is back for the live-action version and it’s all on display in Toronto Family Day weekend only!

There are events for children such as a jumpy-castle and face painting, as well as entertainment for adults, such as music and performances. The performances consist of ballroom dances and acrobatics. What better way to spend Family Day weekend than to treat yourself to a once-in-a-lifetime chance to experience The Beauty and the Beast Exhibit? 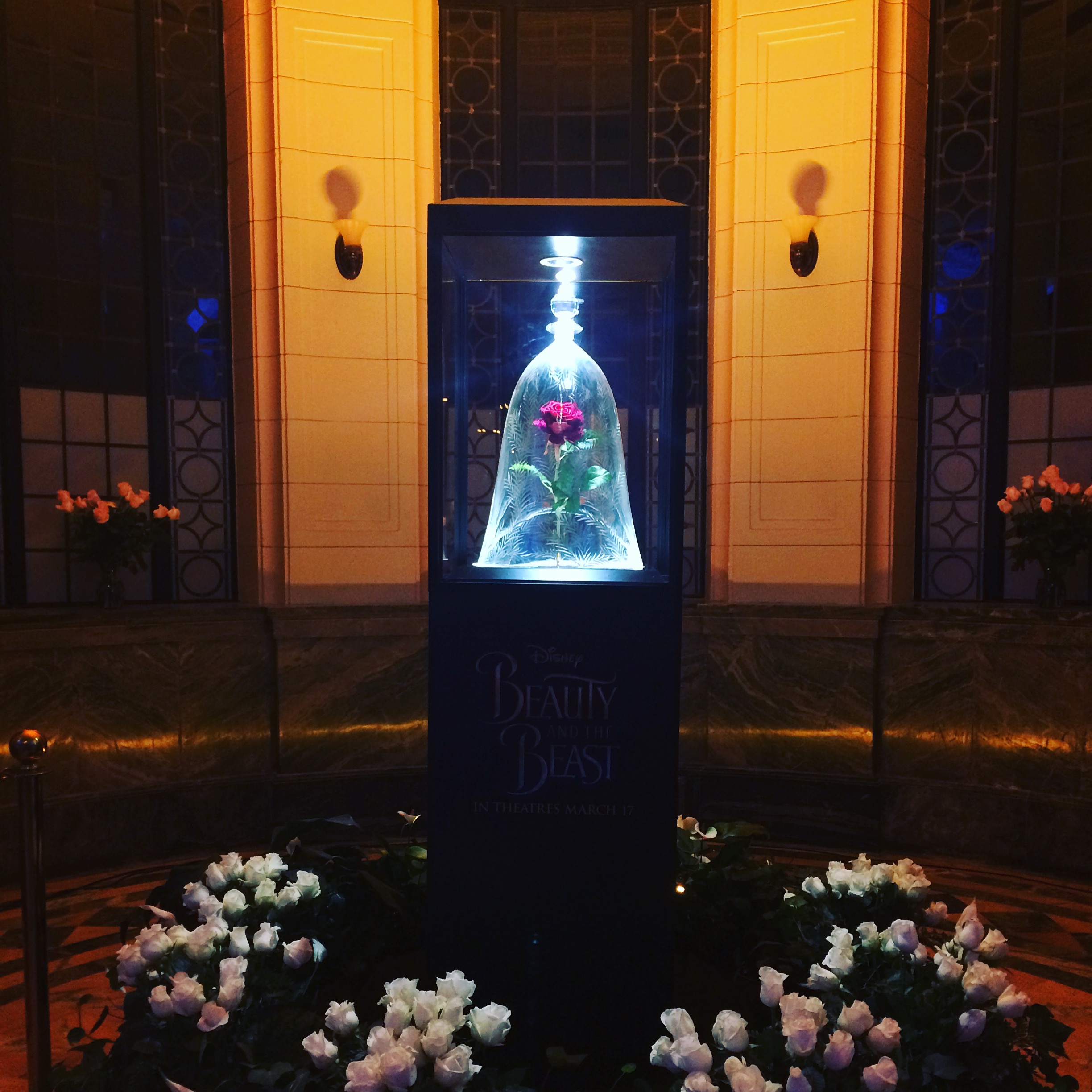 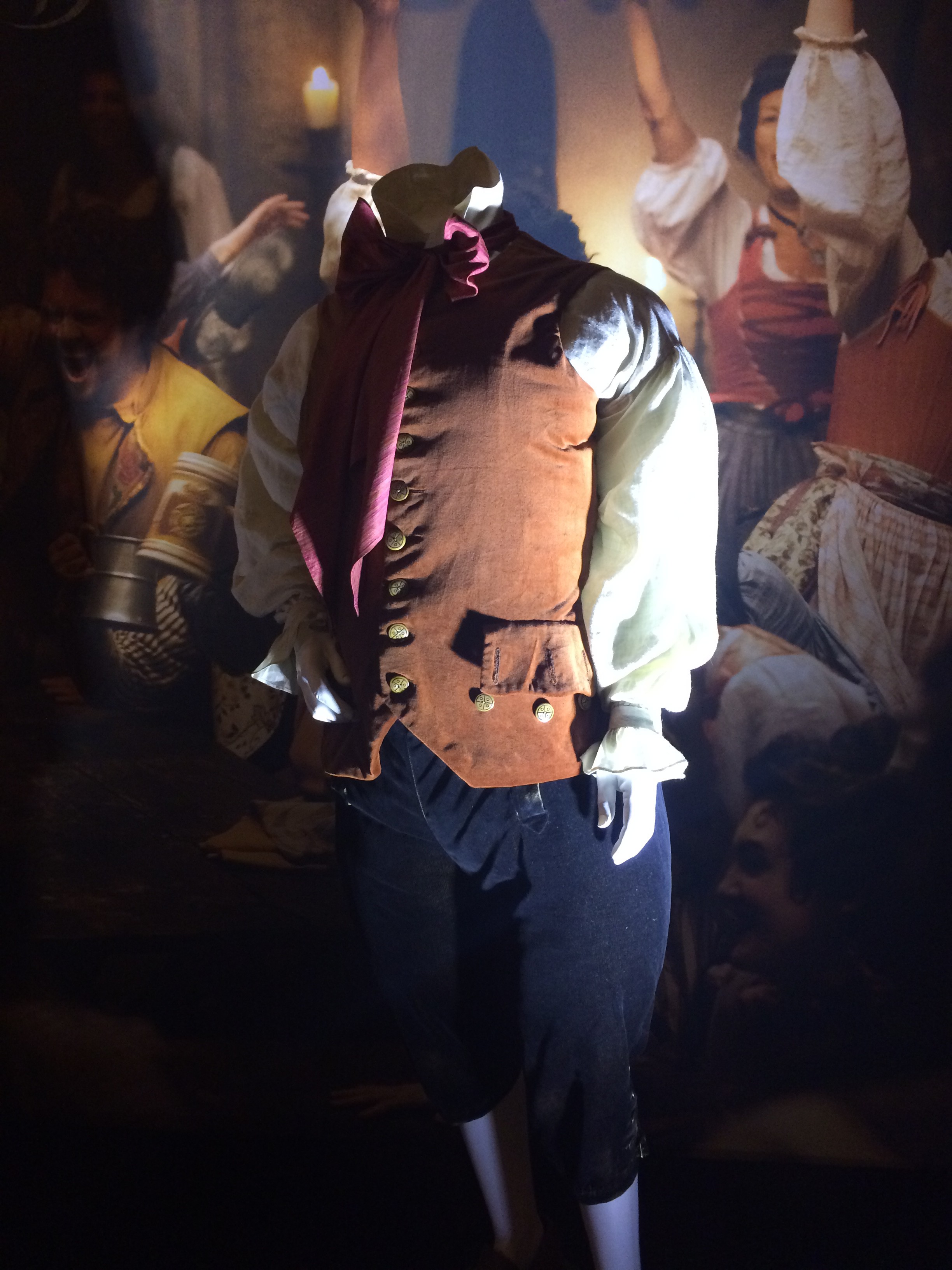 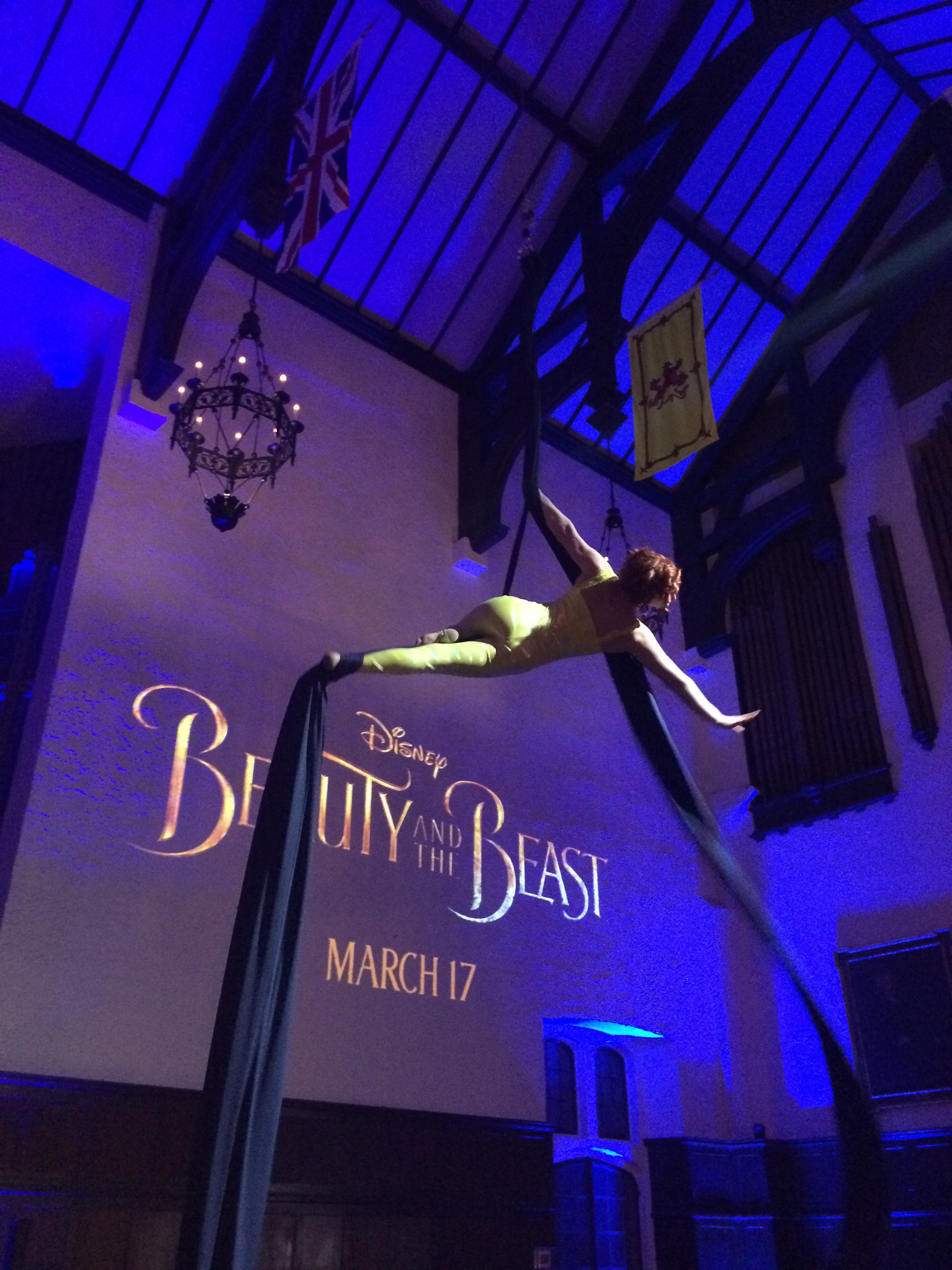 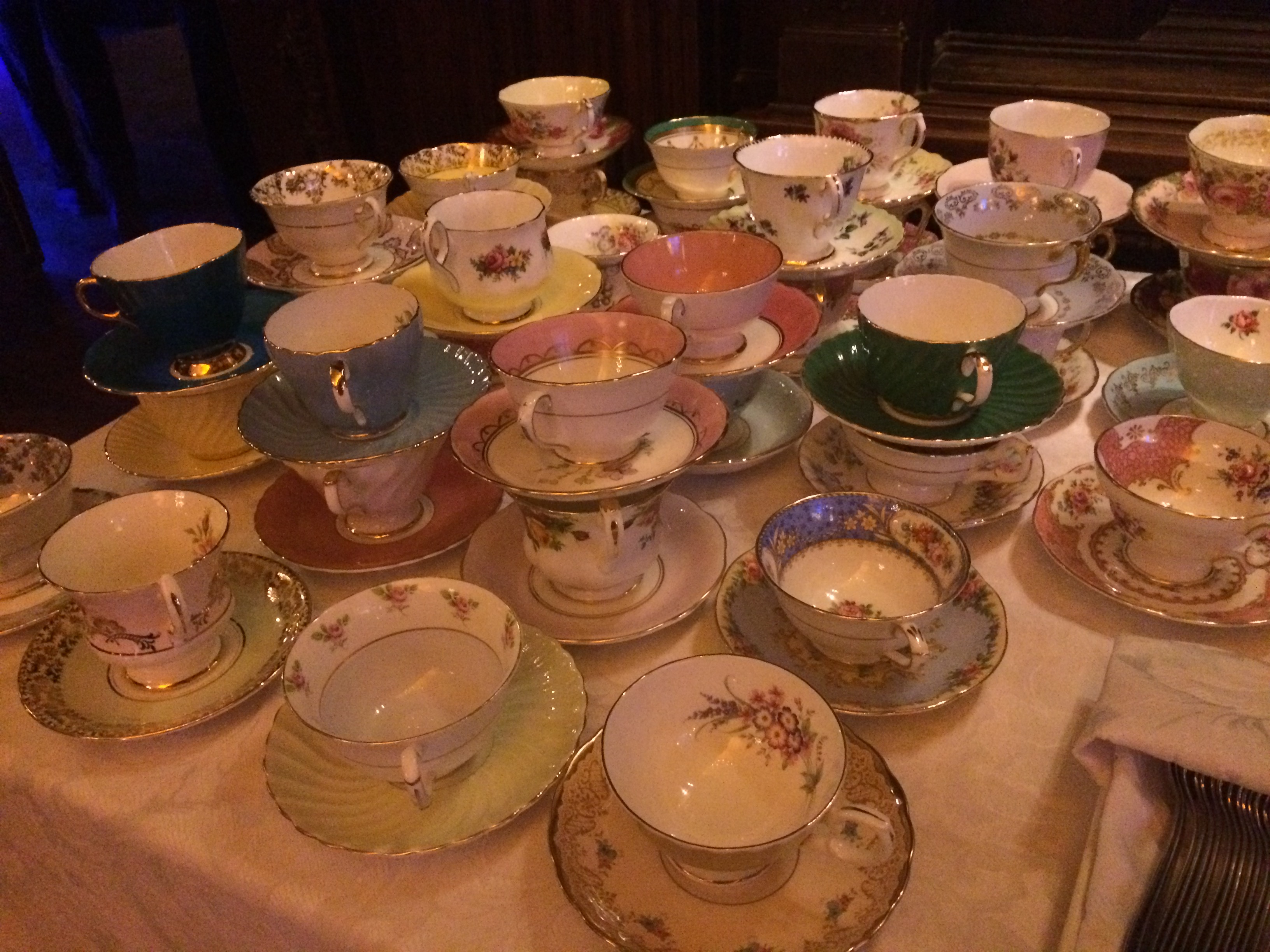 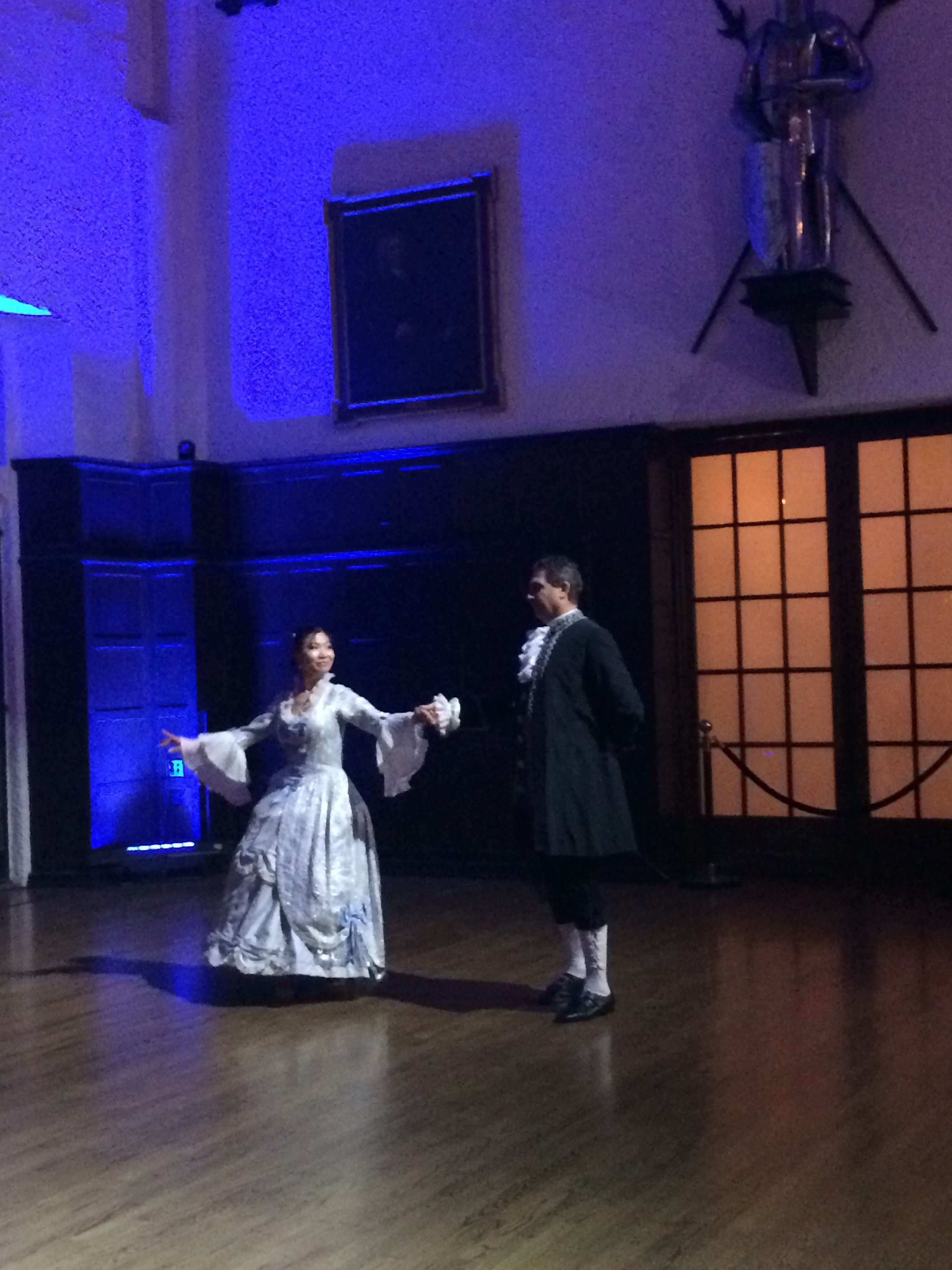 Don’t forget to join the conversation on Social Media with the hashtag #BeOurGuestTO!

beauty and the beast casa loma

Hot on the heels of its new Trailer which is breaking the internet, Toronto gets some ‘beautiful’ news!  Running Family Day Weekend Friday, February 17 through Monday, 20, 2017 at historic Casa Loma, Fans will get with the price of admission, access to a limited time only BEAUTY AND THE BEAST Exhibit. Casa Loma will be open for extended hours till 9 PM for the special occasion those nights.

The Exhibition featuring nine costumes designed by Jacqueline Durran from the eagerly-awaited live action adaptation of the beloved Animated Feature. There will be special performances from dancers and an aerialist, plus themed activities (including face-painting and arts and crafts) taking place also!  There also will be replicas of the rose and bell jar!

Here’s a tip: guests who use the “BE OUR GUEST” promo code will get 20% off admission at the Box Office!

While we’re waiting for BEAUTY AND THE BEAST, here is the new final U.S. Trailer:

#FIRSTLOOK: EMMA WATSON SINGING IN “BEAUTY AND THE BEAST”

Perhaps we will be seeing this at next year’s Golden Globes? While we are riding the musical highs of La La Land, we were treated to a sneak peek for BEAUTY AND THE BEAST featuring Emma Watson, who originally was cast in Emma Stone‘s eventual Golden Globe Award-winning role in La La Land. Here Watson can be heard singing Belle.

And one studio to rule them all. Disney-Pixar, Disney Animation Studios, Disney Live-Action, Marvel and Lucasfilms all call the ‘House of Mouse’ home and that means bigger and better Movies for fans. Whether you’re a fan of Sci-Fi or Comic Book Movies or good old animation, Disney has you covered in 2017.

First out of the gate before the New Year is the hotly anticipated Rogue One: A Star Wars Story. Opening on December 18th, the first stand-alone Star Wars Movie ells the story of how the Rebellion obtained the plans to the Death Star.

This tale as old as time is based on an Animated Movie as old as 1991. On March 17th prepare to be transported to an enchanted castle where the furniture sings and dishes dance. The brand new trailer that just dropped today will have fans counting down the day until the new live-action Beauty and the Beast finally opens. The Beast’s voice sounds so much like the original animated one you’ll need to watch the Trailer multiple times to make sure it’s really Dan Stevens talking to Emma Watson’s Belle.

Our next Movie features an all-star cast, an awesome soundtrack, and an adorable sapling named Groot. This May 5th strap in as Marvel’s Guardians of the Galaxy Vol. 2 finds our heroes trying to track down the truth behind Star Lord’s mysterious father and getting up to plenty of trouble along the way.

Nobody does Disney adventure like Captain Jack Sparrow. On May 26 visit with the Captain and his crew as they take on professional villain Javier Bardem in Pirates of the Caribbean: Dead Men Tell No Tales.

Since we’re talking sequels you’d better fasten your seat belts for Pixar’s Cars 3 which will open on June 16th. Lightning McQueen is back in an all new adventure that children are sure to enjoy.

If you missed the long-haired Norse god when his friends were busy having an all-out civil war, then you will definitely be excited for Thor: Ragnarök when it opens on November 3rd. Featuring Thor, Hulk, Loki and even Doctor Strange the latest addition to the MCU is a must-see movie for Marvel fans everywhere.

On November 22nd Pixar returns to the multiplex with an original story called Coco. Not much is known about this Lee Unkrich and Adrian Molina-directed Feature except for this single drawing. That said, it’s Pixar on the American Thanksgiving long weekend so it’s bound to be amazing.

The year wraps up with a Movie that doesn’t even have an official title yet: Star Wars VIII. The Rian Johnson-directed Film is still filming but is due in theatres on December 15th. Details about the plot are a closely held secret but we here at MrWillWong.com can exclusively tell you that…

In the meantime, enjoy this brand new Trailer for Beauty and the Beast!

#FIRSTLOOK: FIRST TEASER FOR “BEAUTY AND THE BEAST”

Although this doesn’t really reveal much, this first Teaser for Disney‘s live-action adaptation of BEAUTY AND THE BEAST will have to whet our tea thirst for now!

Disney’s “Beauty and the Beast” is a live-action re-telling of the studio’s animated classic which refashions the classic characters from the tale as old as time for a contemporary audience, staying true to the original music while updating the score with several new songs. “Beauty and the Beast” is the fantastic journey of Belle, a bright, beautiful and independent young woman who is taken prisoner by a beast in his castle. Despite her fears, she befriends the castle’s enchanted staff and learns to look beyond the Beast’s hideous exterior and realize the kind heart and soul of the true Prince within. The film stars: Emma Watson as Belle; Dan Stevens as the Beast; Luke Evans as Gaston, the handsome, but shallow villager who woos Belle; Oscar® winner Kevin Kline as Maurice, Belle’s eccentric, but lovable father; Josh Gad as Lefou, Gaston’s long-suffering aide-de-camp; Golden Globe® nominee Ewan McGregor as Lumiere, the candelabra; Oscar nominee Stanley Tucci as Maestro Cadenza, the harpsichord; Gugu Mbatha-Raw as Plumette, the feather duster; six-time Tony Award® winner Audra McDonald as Madame Garderobe, the wardrobe; Oscar nominee Ian McKellen as Cogsworth, the mantel clock; and two-time Academy Award® winner Emma Thompson as the teapot, Mrs. Potts.

#FIRSTLOOK: EMMA WATSON CAST IN DISNEY’S “BEAUTY AND THE BEAST”

After it being announced that Toronto-filmed Thriller REGRESSION will be getting a release later this August – dashing all hopes of it surfacing at TIFF ’15 – we get this amazing bit of news that its Star EMMA WATSON has just signed-on as Belle in Bill Condon‘s Live-Action Adaptation of BEAUTY AND THE BEAST from Disney! Details still are under-wraps but production is said to begin later this year.