orange is the new black

#SPOTTED: SAMIRA WILEY IN TORONTO FOR PRIDE AND “ORANGE IS THE NEW BLACK”

A star-studded Pride month in Toronto has come to an end and although we regret not being able to partake in the fun this weekend, we are thrilled we got to meet one of the brightest stars of the love-filled celebration!  Samira Wiley is best known for her work as Poussey Washington in Netflix‘s ORANGE IS THE NEW BLACK and together with Lauren Morelli, Jackie Cruz, Dascha Polanco and Diane Guerrero, they lit-up the City amidst the festivities, while promoting the just-released fourth season of the wildly-popular, award-winning Series.

Wiley, who studied at Juilliard in New York, is currently seeing Series writer Morelli, and we see that they splurged on their love of Poutine while here!

We love Wiley and along with the Series’ many ardent fans, sad to see her leave the Series. When asked what’s next, she says “We’ll see!”.  We bonded over our wooden-framed sunglasses.  She is amazing!

Matching sunnies. Love and miss #SamiraWiley, #OITNB star known best for her work as #PousseyWashington. She was here for #PrideTO! @whododatlikedat 🕶

Our favourite inmates are back and it looks like they are ready to get themselves in a whole lotta trouble! The Trailer for season four of the Series has just been released!

Netflix Canada stream all 13 episodes of ORANGE IS THE NEW BLACK Friday, June 17, 2016.

netflix orange is the new black

Few names have risen as fast in the past year as Model/Actress Ruby Rose. The Australian beauty despite having been in Toronto multiple times already for series Dark Matter and also during TIFF ’15 when she came to DJ and party with BFF Ellen Page, is back for something much more high-profile.  Cast in upcoming installment of the XXX franchise The Return of Xander Cage, Rose continues work on the Blockbuster as femme fatale, Adele, seeing Co-star Vin Diesel back in action and in his element! The Flick by D.J. Caruso just wrapped its Dominican Republic component and will at some point move to the Philippines.

Rose, pardon the pun, has risen to popularity with her role on Netflix‘s ORANGE IS THE NEW BLACK as Stella Carlin.  The Series has been renewed another three seasons based on its Award-winning success!

We caught-up with Rose earlier after a celebratory weekend in Los Angeles accepting the GLAAD Stephen Kolzak Award (from Taylor Swift of all people!) for outstanding contributions to the LGBT community and she is just as amazing as we thought she’d be.  Believe me, we had to work for this. We admit, we have a huge crush! 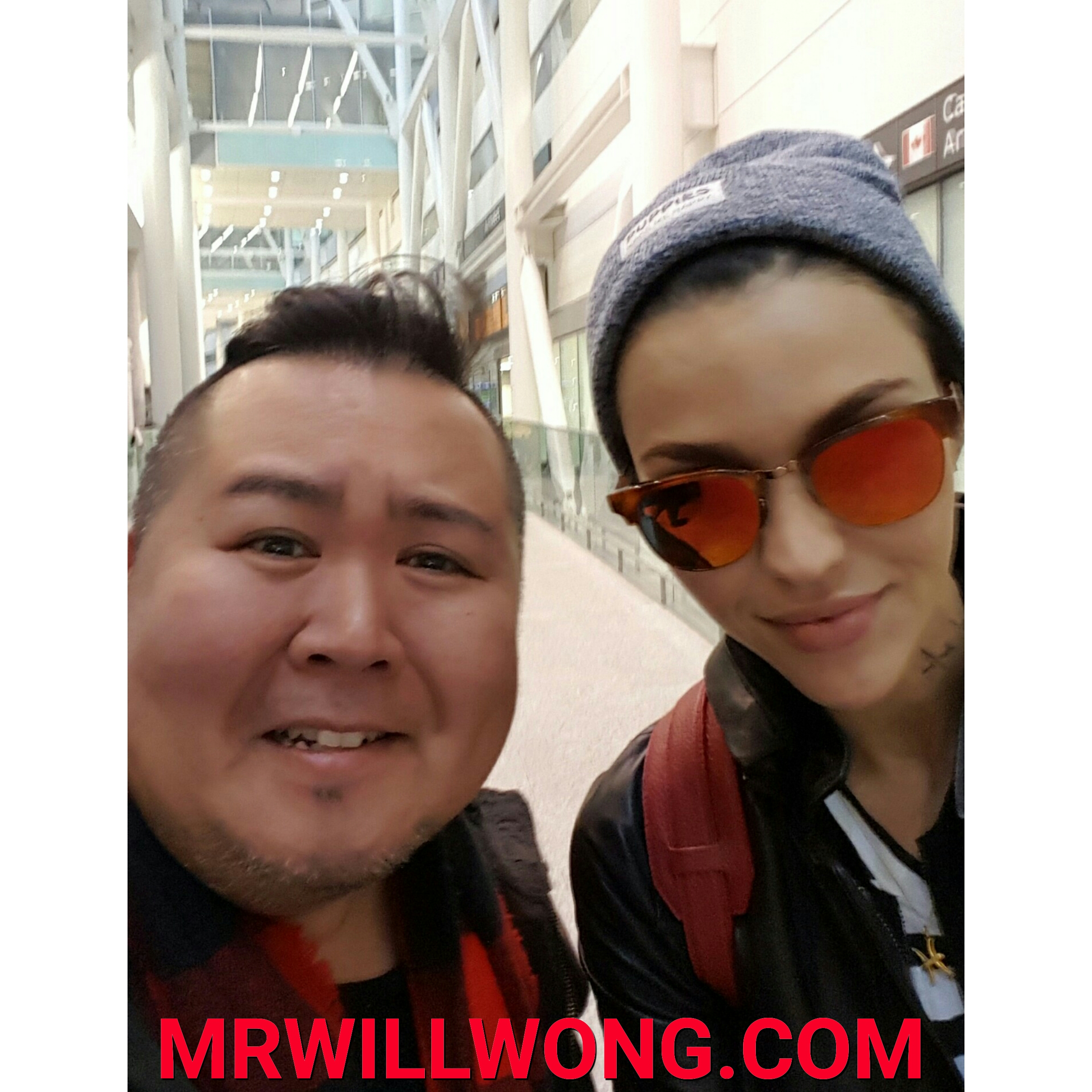 After an extended two-hour wait after landing, the Model/Actress wasn’t in best spirits understandably, covering her face with a scarf and sunglasses, also covering her face.  Despite being a huge fan of hers and even offering a gift which I thought she would’ve loved, she replied “No, I’m good.” before shielding her face from Paparazzi.  We hear some wonderful things about the Australian beauty from other Fans who met her at TIFF ’15. Perhaps it just wasn’t the right time?

Earlier in the day, we also spotted Ranveer Singh, boyfriend of Bollywood star Deepika Padukone, who has settled-in already beginning work on XXX: The Return of Xander Cage, after arriving last week.  Tipped off right away by Flight Attendants queueing for Selfies with him after he arrived in Toronto, we joined-in on the Fun!  The 30-year-old Indiana University graduate is a huge star in his own right in his native India sweeping multiple Awards since his debut in 2011. He also is closely-related to the powerful Kapoor Family.  To be honest, he was amazingly-nice and hope he enjoys his quality time with his dear Deepika Valentine’s Day weekend!

#SPOTTED: PABLO SCHREIBER IN TORONTO FOR “13 HOURS: THE SECRET SOLDIERS OF BENGHAZI”

We know and love him most as George “Pornstache” Mendez in acclaimed Netflix Series Orange is the new Black, but would you recognize the handsome star of the screen and stage if he walked by you? We almost didn’t!

Vancouver-born Pablo Schreiber makes it back to his land of birth, in Toronto today promoting Michael Bay‘s latest effort 13 Hours: The Secret Soldiers of Benghazi. The Drama based on true events is set one year after 9/11, centering on six soldiers who attempt to make sense of the chaos which ensues after a U.S. Ambassador is assasinated in Libya.  James Badge Dale and John Krasinski also are among the talented Cast.

Schreiber was caught in traffic earlier making it just in-time to his KISS 92.5 appearance on The Roz & Mocha Show, surprised he had a dozen fans in-waiting. In a rush, he apologized to fans  as he made his way to his next appearance at CBC on Q.  The Actor, who once had basketball aspirations before changing his major thankfully to Theatre in college, promised fans he’s stop for photos later in the day and he did exactly as promised.

He also surprised fans appearing unannounced at a Toronto screening of the Film last night too, introducing it to fans!

Although the Los Angeles resident was taken aback by the cold weather and snowy conditions here in Toronto yesterday, the half-brother to Ray Donovan‘s Liev was determined not to let this get in the way of an amazing Press Day!

See the Trailer for 13 Hours: The Secret Soldiers of Benghazi:

It’s #Pornstache! Amazing meeting the handsome and talented #PabloSchreiber today. He’s here for #13Hours, the latest from #MichaelBay. #OITNB #Selfie #OrangeistheNewBlack   A photo posted by Mr. Will Wong ⛄ (@mrwillwong) on Jan 14, 2016 at 8:37am PST

#FIRSTLOOK: NEW TRAILER FOR SEASON 3 “ORANGE IS THE NEW BLACK”

“People think all we do is have lesbian sex and strip searches and naked cat fights in the shower… we also do other things.”.

Anticipation is building for Season 3 of Netflix’s ORANGE IS THE NEW BLACK and here comes this comical, energetic new Trailer for it!

netflix orange is the new black

#FIRSTLOOK: NEW TRAILER FOR “ORANGE IS THE NEW BLACK” SEASON 3

They’re back!  Check out this hot new Trailer for Season 3 of ORANGE IS THE NEW BLACK!  Amazing to see faces, old and new!

Official Synopsis:
The women of Litchfield unapologetically return for the third coming. With a crisis of faith and their beliefs and loyalties being tested, each character must decide what and who to believe in.

orange is the new black

For those of you who can’t wait till June to see her, Orange is the New Black Star Taylor Schilling will be making an appearance sooner than you’d believe it …and in Toronto!  The Actress  who received a major boost thanks to Streaming Service Netflix, will help launch Fashion Retailer Gerry Weber‘s new Store at Yorkdale Shopping Centre tomorrow! 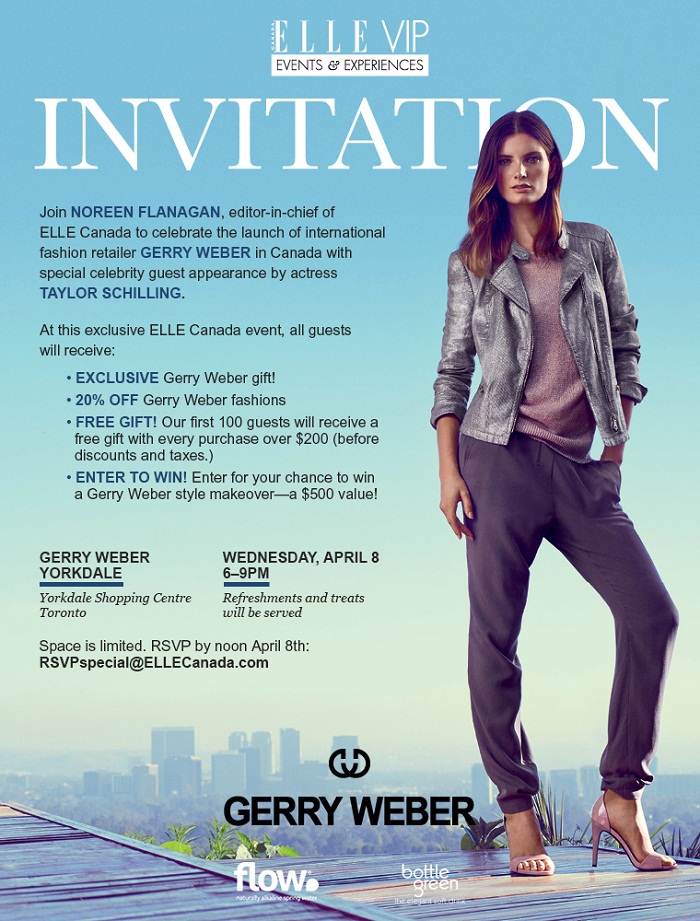 The Event runs 6-9 PM and space is limited so RSVP quick for a chance.

A walk down Memory Lane: 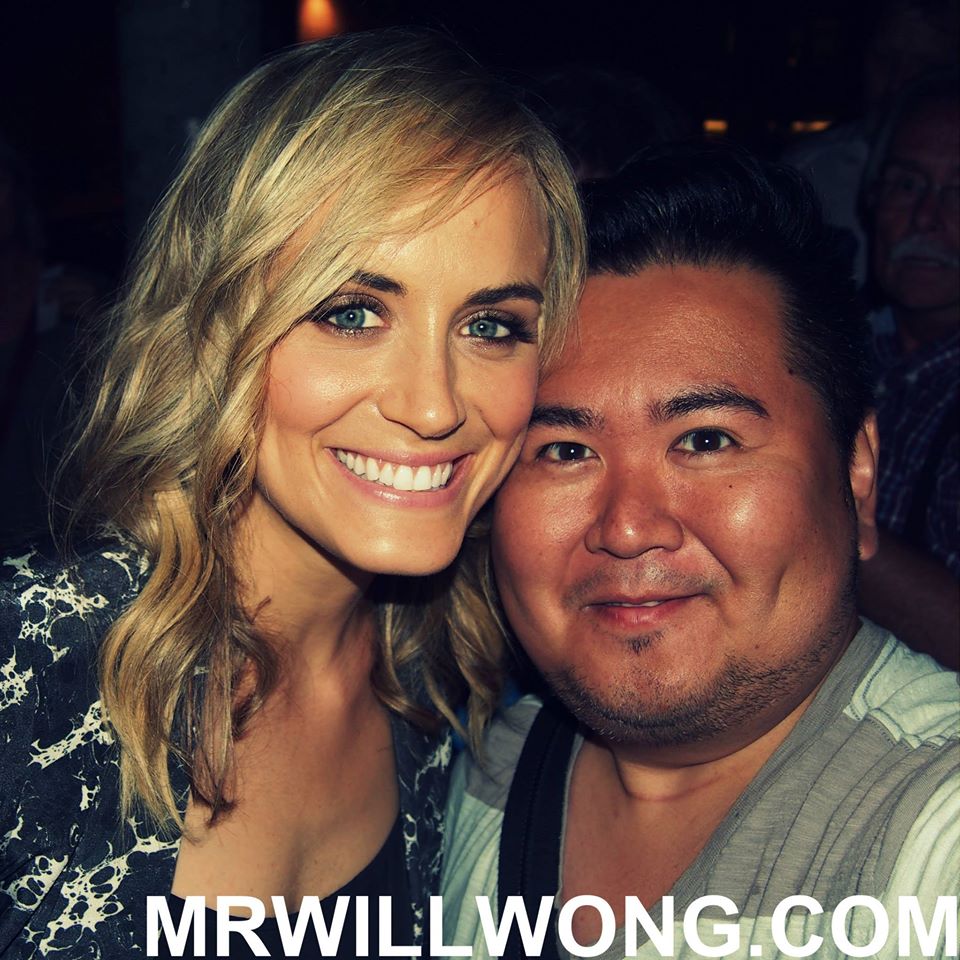