#FIRSTLOOK: NEW TRAILER FOR “LEMONY SNICKET’S A SERIES OF UNFORTUNATE EVENTS” ON NETFLIX

Synopsis:
Based on the internationally best-selling series of books by Lemony Snicket (aka Daniel Handler) and starring Emmy and Tony Award winner Neil Patrick Harris, A Series of Unfortunate Events recounts the tragic tale of the Baudelaire orphans — Violet, Klaus, and Sunny – whose evil guardian Count Olaf will stop at nothing to get his hands on their inheritance. The siblings must outsmart Olaf at every turn, foiling his many devious plans and disguises, in order to discover clues to their parents’ mysterious death. The eight-episode series is a Netflix original production, executive produced by Emmy Award winner Barry Sonnenfeld and Daniel Handler, and premieres January 13, 2017 only on Netflix.

Since Suicide Squad and TIFF, Toronto hasn’t caught much of a break in terms of starpower. That is about to change soon.  While a slew of TV Series and Pilots continue to film in the City, we will be plenty excited to know that A-List names like Reese Witherspoon, Matt Damon, Vin Diesel, Neil Patrick Harris and Samuel L. Jackson are making their way north over the next few months.  That’s right!  Kicking-off 2016 proper!

DOWNSIZING, to be released via Paramount Pictures, is the latest endeavour for Oscar-nominated Director Alexander Payne who rocked our world with Sideways (2000) and The Descendants (2004).  Matt Damon will star as an Omaha man who joins the many others who opt to undergo a procedure which reduces them to a fraction of their size.  They then are moved-off to communities with many others like themselves.  Reese Witherspoon who worked with Payne in Election, Jason Sudeikis and Neil Patrick Harris also star.  Expect a late 2017 release, which means you guessed it… OSCARS and what could be a debut at TIFF ’17!   Filming runs April through July.

Production is to be based out of Pinewood Studios in Toronto for both Films.

After selling to Europacorp during TIFF in September for a cool $17 million, gun control drama Miss Sloane, starring future Oscar winner Jessica Chastain also is pegged for a late winter start date. Chastain stars as a lobbyist who goes up against Washington to pass through gun legislation.  The Hollywood Reporter reports a March start date, while the Directors Guild of Canada report filming could start as early as February.

The key to man’s heart is his stomach and that’s something Neil Patrick Harris knows for sure.  Did you know that his husband, David Burtka in addition to be a star of the stage and TV, is a chef?

The dapper Burtka, whose acting credits include American Horror Story and How I Met Your Mother, is in Toronto today showing-off his culinary expertise for Nespresso Canada and we caught-up with him earlier today at The Morning Show where appeared on the staple’s Toronto edition to promote the luxury coffeemakers.

Billy loves Burtka and gave him smooch earlier when we met.

With chef and actor #DavidBurtka. Husband of #NeilPatrickHarris in #Toronto today at @MorningShowTo showing off his #cooking skills. 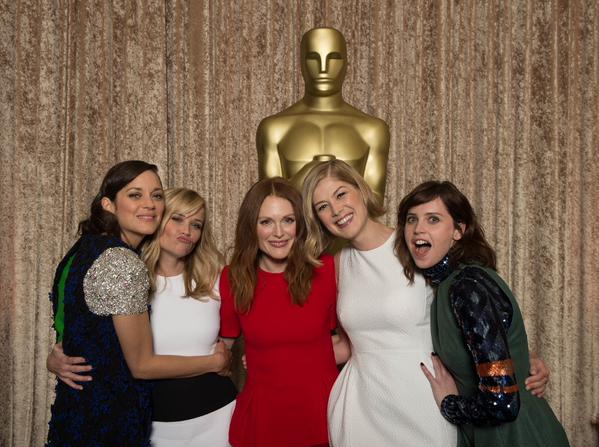 The first official Teaser Trailer for David Fincher‘s GONE GIRL at long last has surfaced and if this doesn’t say Awards Season, then I don’t know what does! Set to Elvis Costello‘s She (covered by Richard Butler of The Psychadelic Furs), this intriguing Trailer leaves much to the imagination, capturing perfectly the chaos surrounding the speculation that Nick Dunne (Ben Affleck) has murdered his Wife of five years (Rosamund Pike).

20th Century Fox release GONE GIRL on Friday, October 3, 2014. TIFF Punters would say this is angled perfectly for a TIFF ’14 Premiere. What do you say?