You probably know Horatio Sanz most for his eight years of work on NBC’s Saturday Night Live, but the Funnyman has been keeping busy of late lending his talents to popular titles like Girls, Wreck-it Ralph, The Dictator and Video-on-Demand Hit Bachelorette.  Sanz arrived in Toronto late last week with his former SNL Castmates Rob Schneider and Chris Kattan to co-headline a Show at Mississauga’s Living Arts Centre and he has extended his stay in the City, co-hosting all week long on one of my favourite shows, Global Television‘s The Morning Show – National Edition.

The still-slimmer Sanz touched-upon some Hot Topics today with Liza Fromer, Rosey Edeh, Antony Robart and Kris Reyes, including a recent brawl between Singers Chris Brown and openly-gay Frank Ocean.  He posed the question on Twitter earlier this week: “Chris Brown: Rihanna, Frank Ocean…What’s next ‘Old Ladies’??”.  He added today on the Show, “I think for a little of Girls he’s the Bad Boy and a for a lot of young Boys and Girls that’s what they’re into.”.

Rosie O’Donnell also came-up on today’s Show as Entertainment Tonight Canada Host Cheryl Hickey stopped by to promote her upcoming guest appearance on Season Two of Bomb Girls.  O’Donnell was announced recently to be  guest-starring on the Toronto-filmed Series and as you might recall, Sanz also used to impersonate her on SNL also.  He recalls, “I’d watch certain things she’d do like her laugh and I’d do certain things she’d do like shoot those Koosh Balls around.”.

Despite it pouring out, Sanz was kind enough to stop for a quick Snap as he head into his SUV – but not before he put-away his Tim Hortons, getting a quick Crash Course from his Driver on navigating  our tricky  Toronto Waste Receptacles. Incredible getting to meet him after enjoying his work for many years now! 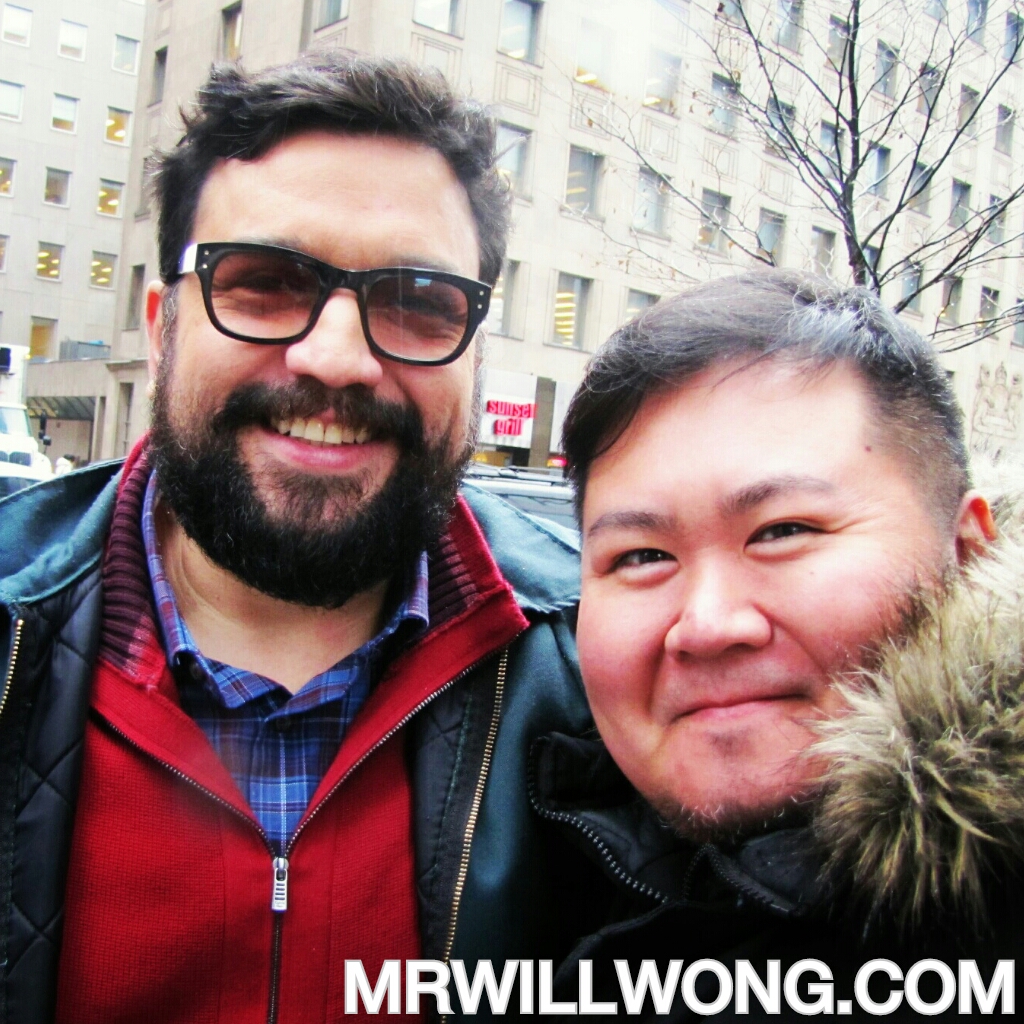