#NEWMUSIC: CARLY RAE JEPSEN – “ALL THAT”

We’re still waiting on a release date for Jepsen‘s third Disc, but it sure is sound amazing already.

She certainly needs little introduction. If you’ve ever been home bored on a Saturday night these past couple years, likely you know the genius Comedy of Kate McKinnon. The New York-born Funnywoman is in-town for the Toronto Sketch Fest, making an appearance at Randolph Theatre where she played tonight an ambitious two shows back-to-back.

Known best for her impersonations of Hillary Clinton, Iggy Azalea, Justin Bieber and her idol, Ellen DeGeneres, McKinnon brought the LOLs for Toronto, having some of the Audience in stitches with jokes ranging from her ‘muffin top’ to stool samples. The Multi-Instrumentalist even brought out her guitar to entertain the crowd with a mish-mash of her comedic and musical talents.

We had the pleasure of meeting the Genius herself after her final Show of the night and she is every bit amazing, plowing through slush to her cab, stopping for Fans after a long day of prep and performance.

McKinnon in addition to SNL, has been tapped to star in Paul Feig‘s 2016 all-female Ghostbusters alongside Kristen Wiig, Melissa McCarthy and Leslie Jones.

I’ve seen it and loved it. Many of you might remember Funnywoman Jenny Slate from Parks & Recreation or her Stand-up Comedy, but the former Saturday Night Live Alumni is doing it on her own terms now. Her latest Film, Obvious Child, directed and written by Gillian Robespierre,  is sure to win your heart with its pure wit, charm and cuteness.

The Comedy centers around a young Woman named Donna whom after a drunken night finds herself pregnant with Max‘s (Jake Lacy) baby. Unable to bring herself to tell him, he continues trying to court her, which complicates matters because he has many of the attributes she finds desirable in a Partner.  She worries her revealing her pregnancy will change things.

Slate after a grueling weekend stranded in Dallas, made her way to Toronto today and did a round of Press on the Morning Show Circuit with visits to KISS 92.5, CP24 Breakfast, CITY‘s Breakfast Television and more!  Unfortunately a majority of her interviews scheduled for the afternoon were cancelled due to exhaustion, but she still made time for Fans tonight at a special Advance Screening of Obvious Child.  The Actress also walked the Red Carpet last night at the MuchMusic Video Awards and reportedly is smitten by Prime Ministerial Candidate Justin Trudeau, whom she ran-into at Breakfast Television!

I caught-up with Slate at a taping earlier, and despite being in a rush she made a quick exception to snap a Photo.  She’s even bubblier and cuter than imagined!  And she’s in-love reportedly with my Billy too!

Watch the Trailer for OBVIOUS CHILD below:

Perhaps the funniest thing we’ve seen all year? Oscar Nominee Jonah Hill did a bang-up job hosting Saturday Night Live last night and in addition to one of his new BFFs and The Wolf of Wall Street Co-Star Leonardo DiCaprio stealing the Show with a Titanic Re-enactment in the Intro, everyone is talking about Hill‘s Parody Sketch of Spike Jonze‘s HER.

The Video Sketch sees Hill falling in love with a CPU customized to be just like him and before he knows it, he finds himself falling in love himself. Superbad Co-Star and Buddy Michael Cera pops-up also, playing a Surrogate version of himself, making for a much happier ending than the one we see in the Joaquin Phoenix and Scarlett Johansson-starring Drama in which this Parody is based.

Watch the Sketch below:

Last night was Lady Gaga‘s first official time hosting NBC‘s Saturday Night Live after multiple appearances in previous years as a Musical Guest… and she was phenomenal! Absolutely born for the stage!

Among the several highlights last night were some hilarious Sketches which saw her acknowledging criticism from her harshest Detractors. Fully aware of the Madonna comparisons, Gaga appeared on a Sketch about the worst Cover Versions of all time, with her performing her Hit Born this Way while the words Express Yourself were captioned on the Screen. Sometimes the greatest Singers make mistakes!

In addition to this, Gaga poked fun at rumours of her declining popularity with a Sketch which sees her in the year 2063 as an older version of herself, hoping with all her might a Delivery Man (Kenan Thompson) would be be starstruck by her presence. Let’s just say he’s a huge Fan of Empress Beyoncé.

Gaga also dropped a few jaws, bringing R. Kelly on-stage for a surprise rendition of current Single Do What U Want. There was plenty of crawling, laying, bumping and grinding to be seen.

If there was any doubt Gaga is still a huge Megastar, see her stopping traffic following her appearance last night outside NBC‘s Studios. 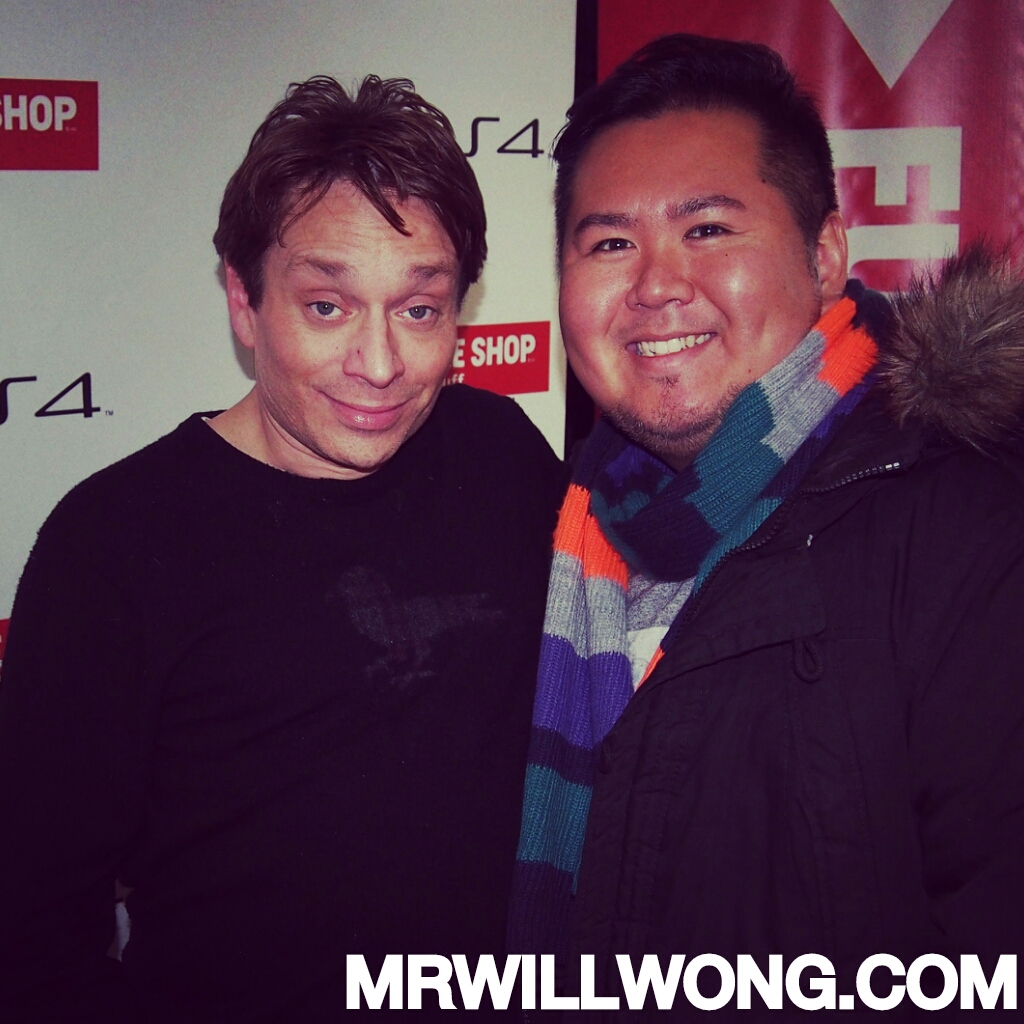 With just over a week till her long-awaited new Disc PRISM hits stores, Katy Perry got us all excited last night with a rendition of Promo Single Walking on Air, a dead-on Homage to the Dance Music of the early ’90s. Her performance even was completely inspired by the Era, complete with flowing silk, wind machine and true-to-the-times Choreography.  We’re definitely feeling this and so is Perry, v. clearly.

Watch the amazing Performance below:

You must also check-out Perry‘s rendition of #1 Single ROAR in full-on jungle mode with the Band in adorable animal costumes:

42 Things  and 10 Days. The Just for Laughs Comedy Festival takes over Toronto for the next 10 days and among the Funnymen and Funnywomen in the City this year are the likes of Aziz Ansari, Mila Kunis, Seth McFarlane, Seth Green, Janeane Garofolo, Sarah Silverman and several more.

Saturday Night Live Alumni Colin Quinn is one of the first to arrive in the City and he promoted his appearance tonight at the Queen Elizabeth Theatre earlier today at Global Television‘s The Morning Show (National Edition).  Watch his appearance here.

Before heading off in his cab, at one point accidentally heading into someone else’s cab on Bloor Street, the amazingly-nice Quinn stopped for Photos with Fans outside the Shaw Media Building.  The Brooklynite jokingly said “No!” to me after asking for a Photo before obliging kindly some Snaps.

For more on the Just for Laughs Festival, click here. 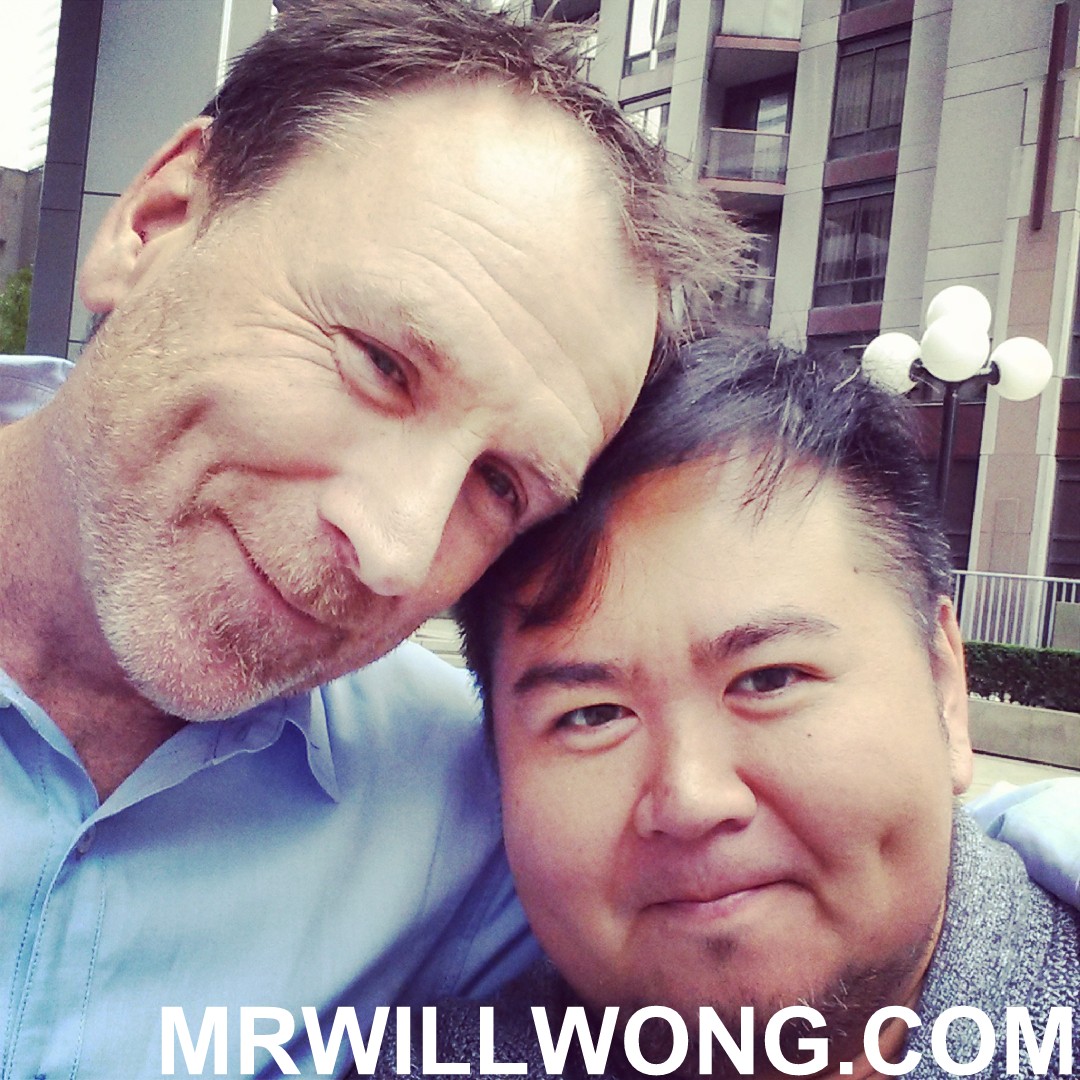 Concluding the 66th annual Cannes Film Festival, the Main Jury (headed by Steven Spielberg,  including Nicole Kidman and Ang Lee) handed-out their Prizes earlier today.  Winning top honours this year, the Palme d’Or, was Blue is the Warmest Colour (La vie d’Adèle), directed by Abdellatif Kechiche.  The racy Drama, clocking-in at over three hours, is about a teenage Girl who has an affair with a Woman.  It also has the distinction of winning the FIPRESCI Competition Prize.

In the acting categories Bérénice Bejo, who received an Oscar nomination for her silent performance in The Artist,  won Best Actress for Italian-French Production The Past, about a Parisian Woman looking to divorce her Iranian Husband.  Bruce Dern won Best Actor for his work in Nebraska, directed by Alexander Payne (Sideways, The Descendants), about a Father and Son who reunite to claim a Sweepstakes prize.  The Drama which stars SNL Alumni Will Forte, gets a November release via Paramount Pictures in North America.

Mexican Filmmaker Amat Escalante won Best Director for his work on Heli, a Mexican Drama about a Family torn-apart by drugs.

On our radars is Fruitvale Station, to be distributed by eOne Films in select Canadian Citiies on July 26, 2013.  The Ryan Coogler Drama, which was a Hit at Sundance earlier this year, picked-up the Future Prize and is about a 22-year-old Man’s final day on New Year’s Eve 2008.

Clearly on the Awards Trail and release dates scheduled for later this year, perhaps we can expect Nebraska, Inside Llewyn Davis, The Past and Blue is the Warmest Colour to surface in Toronto at TIFF this September?