Frank of Ireland is a physical and ridiculous brand of humor with an original twist. Brian Gleeson (Peaky Blinders, The Bisexual), stars as Frank Marron, a 32-year-old catastrophe; a misanthropic fantasist in arrested development who’s convinced that the world owes him. He’s also our hero. Frank is newly single and still lives at home with his mother, Mary (Pom Boyd). He’s a self-proclaimed musician with a tenuous hold on reality, and hasn’t written a song or played a gig in years. His ex-girlfriend Áine (Sarah Greene) has just found a new boyfriend, and Frank may be finding that a tad difficult. Luckily, Frank has a loyal best friend, Doofus, (Domhnall Gleeson) whose full-time job is clearing the debris left in Frank’s wake. Set in an idyllic suburb of Dublin, Frank of Ireland is the hilarious story of a man’s hapless search for respect, as he struggles to grow up and get his life together, and hopefully not burn everything to the ground in the process.

We grew-up with Peter Rabbit but you’ve never seen him look so good! See the new Trailer for the upcoming Film Adaptation of the beloved bunny.

Synopsis:
Peter Rabbit, the mischievous and adventurous hero who has captivated generations of readers, now takes on the starring role of his own irreverent, contemporary comedy with attitude. In the film, Peter’s feud with Mr. McGregor (Domhnall Gleeson) escalates to greater heights than ever before as they rival for the affections of the warm-hearted animal lover who lives next door (Rose Byrne). James Corden voices the character of Peter with playful spirit and wild charm, with Margot Robbie, Elizabeth Debicki, and Daisy Ridley performing the voice roles of the triplets, Flopsy, Mopsy and Cottontail.

Synopsis:
GOODBYE CHRISTOPHER ROBIN gives a rare glimpse into the relationship between beloved children’s author A. A. Milne (Domhnall Gleeson) and his son Christopher Robin (Will Tilston), whose toys inspired the magical world of Winnie-the-Pooh.  Along with his mother Daphne (Margot Robbie), and his nanny Olive (Kelly Macdonald), Christopher Robin and his family are swept up in the international success of the books; the enchanting tales bringing hope and comfort to England after the First World War.  But with the eyes of the world on Christopher Robin, what will the cost be to the family? 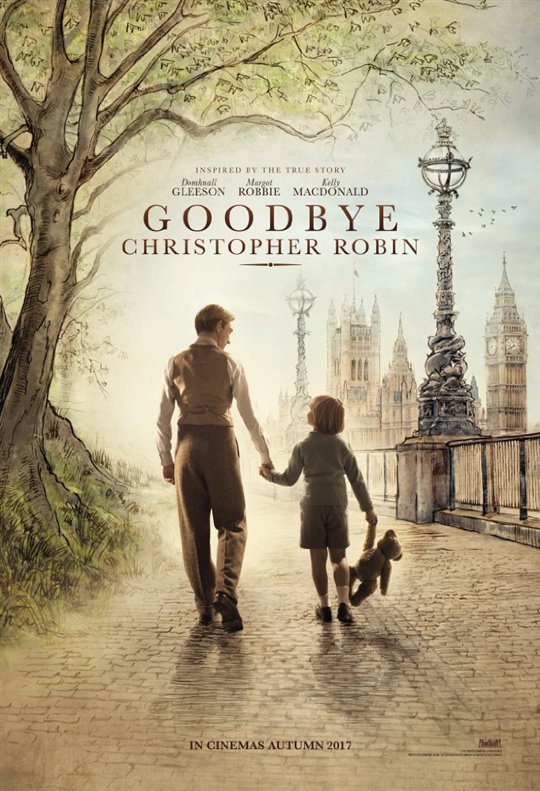 This morning in Anaheim, Producers Kathleen Kennedy and J.J. Abrams unveiled this awesome new Teaser from STAR WARS: THE FORCE AWAKENS! If this doesn’t get you excited, I don’t know what will!

In addition to this, there are some new Stars Wars-themed Emojis which have been released! To share your love for the Franchise on Twitter, use these following Hashtags to see these special #StarWarsEmojis : #C3PO #Stormtrooper #BB8.

Official Synopsis:
Academy Award® winner Angelina Jolie directs and produces Unbroken, an epic drama that follows the incredible life of Olympian and war hero Louis “Louie” Zamperini (Jack O’Connell) who, along with two other crewmen, survived in a raft for 47 days after a near-fatal plane crash in WWII—only to be caught by the Japanese Navy and sent to a prisoner-of-war camp.

Starring alongside O’Connell are Domhnall Gleeson and Finn Wittrock as Phil and Mac—the airmen with whom Zamperini endured perilous weeks adrift in the open Pacific—Garrett Hedlund and John Magaro as fellow POWs who find an unexpected camaraderie during their internment, Alex Russell as Zamperini‘s brother, Pete, and in his English-language feature debut, Japanese actor Miyavi as the brutal camp guard known only to the men as “The Bird.”

http://www.mrwillwong.com/unbroken @MRWILLW wants us to #win Passes to see #IAMUNBROKEN by #AngelinaJolie. In theatres Christmas Day.

If you have a moment, please also check-out the #IAMUNBROKEN Project where you are encouraged to share your own stories of overcoming adversity just like Louis Zamperini himself: