#FIRSTLOOK: “THOSE WHO WISH ME DEAD” TRAILER

Angelina Jolie is back in THOSE WHO WISH ME DEAD from Director Taylor Sheridan (Hell or High Water). See the brand-new Canadian Trailer!

Warner Bros. Canada release THOSE WHO WISH ME DEAD is in theatres May 14, 2021.

angelina jolie Those Who Wish Me Dead

#FIRSTLOOK: TRAILER FOR “THE ONE AND ONLY IVAN”

Check-out this heartwarming new Trailer for THE ONE AND ONLY IVAN featuring a star-studded Voice Cast, coming soon to Disney+!

An adaptation of the award-winning book about one very special gorilla, Disney’s “The One and Only Ivan” is an unforgettable tale about the beauty of friendship, the power of visualization and the significance of the place one calls home. Ivan is a 400-pound silverback gorilla who shares a communal habitat in a suburban shopping mall with Stella the elephant, Bob the dog, and various other animals. He has few memories of the jungle where he was captured, but when a baby elephant named Ruby arrives, it touches something deep within him. Ruby is recently separated from her family in the wild, which causes him to question his life, where he comes from and where he ultimately wants to be. The heartwarming adventure, which comes to the screen in an impressive hybrid of live-action and CGI, is based on Katherine Applegate’s bestselling book, which won numerous awards upon its publication in 2013, including the Newbery Medal.

#FIRSTLOOK: “THE ONE AND ONLY IVAN” COMING TO DISNEY+

Originally scheduled for a theatrical release, THE ONE AND ONLY IVAN is coming soon to Disney+!

Ivan is a 400-pound silverback gorilla who shares a communal habitat in a suburban shopping mall with Stella the elephant and Bob the dog. He has few memories of the jungle where he was captured, but when a baby elephant named Ruby arrives, it touches something deep within him. Ruby is recently separated from her family in the wild, which causes him to question his life, where he comes from and where he ultimately wants to be.

The Film features the voices of: Sam Rockwell as the gorilla Ivan; Angelina Jolie as Stella the elephant; Danny DeVito as Bob the dog; Helen Mirren as Snickers the poodle; Chaka Khan as Henrietta the chicken; Mike White as Frankie the seal; Brooklynn Prince as Ruby the baby elephant; Ron Funches as Murphy the rabbit; Phillipa Soo as Thelma the parrot; and stars Ramon Rodriguez, Ariana Greenblatt and Bryan Cranston. 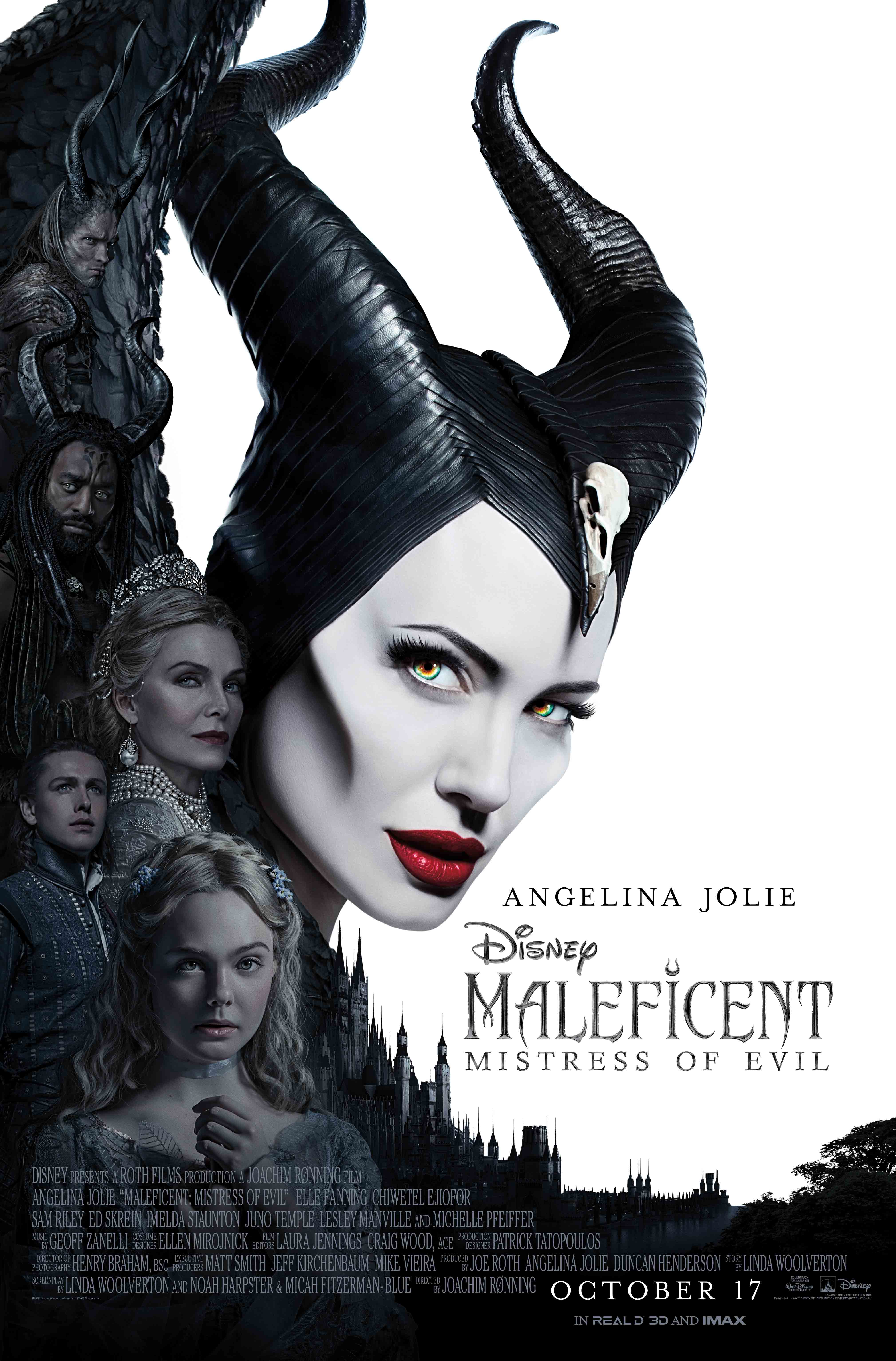 “Maleficent: Mistress of Evil” is a fantasy adventure that picks up several years after “Maleficent,” in which audiences learned of the events that hardened the heart of Disney’s most notorious villain and drove her to curse a baby Princess Aurora. The film continues to explore the complex relationship between the horned fairy and the soon to be Queen as they form new alliances and face new adversaries in their struggle to protect the moors and the magical creatures that reside within. The film is directed by Joachim Rønning from a story by Linda Woolverton and a screenplay by Linda Woolverton and Micah Fitzerman-Blue & Noah Harpster, the film is produced by Joe Roth, Angelina Jolie and Duncan Henderson with Matt Smith, Jeff Kirschenbaum and Michael Vieira serving as executive producers.

We’ve missed Angelina, but this will do! A new release date and Artwork have been announced for MALEFICENT: MISTRESS OF EVIL! 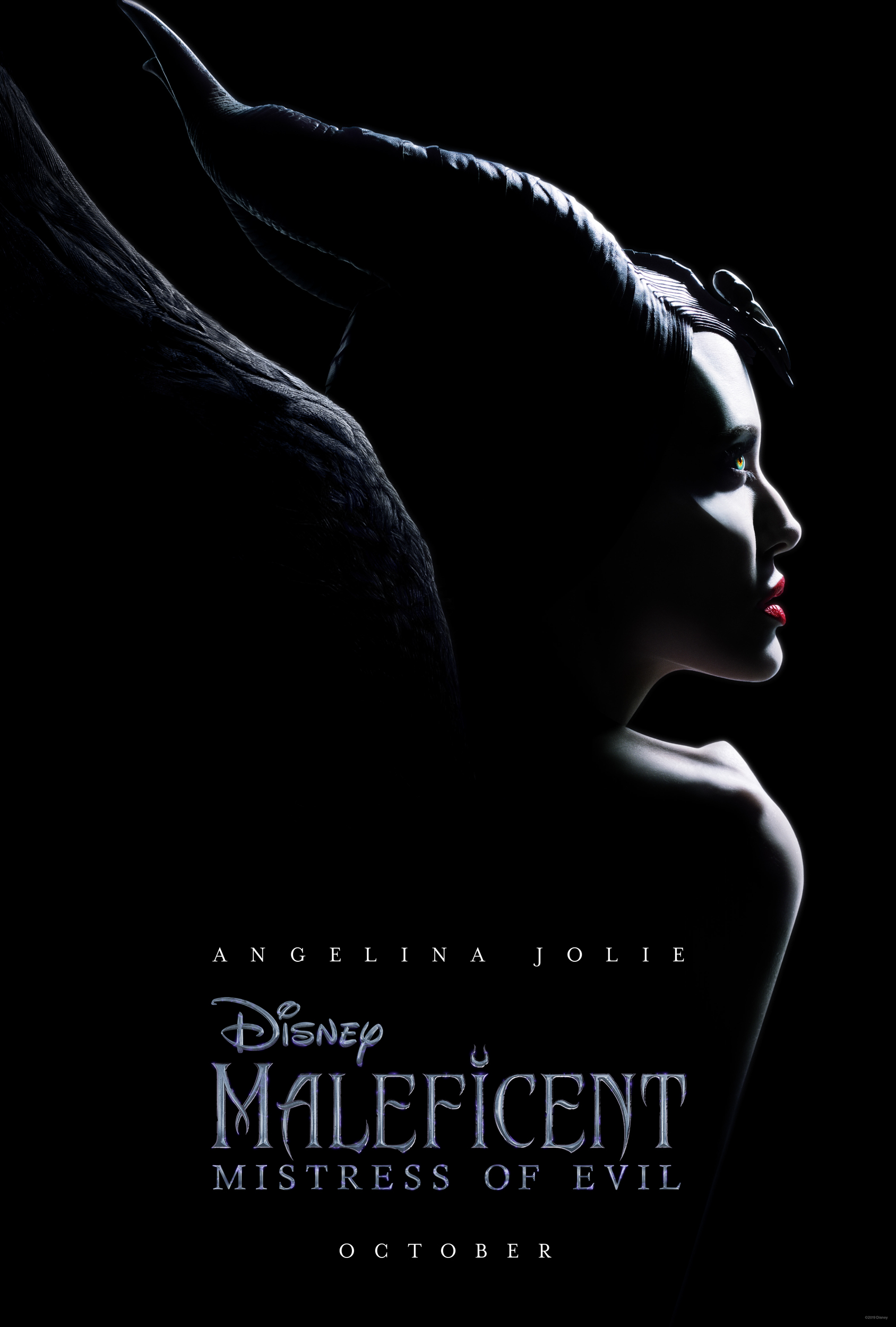 #GIVEAWAY: ENTER TO WIN RUN-OF-ENGAGEMENT PASSES TO SEE “THE BREADWINNER”

Elevation Pictures x Mr. Will want to give Readers a chance to win Run-of-Engagement Passes to see TIFF ’17 selection, THE BREADWINNER, produced by Angelina Jolie.

Synopsis:
Parvana (Saara Chaudry), a little girl living in Afghanistan under the Taliban regime, goes with her father to the market to earn money to buy food for their family. Women are not allowed out in public, so her mother and older sister stay home, but Parvana tries to keep a low profile in order to not attract attention.

Unfortunately, some members of the Taliban take offense at her presence in the market square and take her father away to prison for breaking the rules. As the food supply for the family, including her baby brother, dwindles, Parvana finally has to cut her hair in order to disguise herself as a boy so she can make money for food before they all starve. 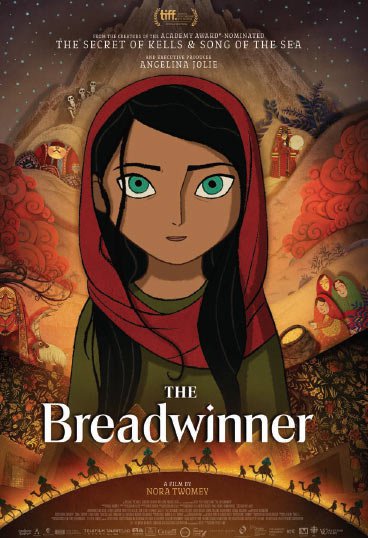 TIFF ’17 will be remembered as one of the most electrifyingly star-studded Festivals in many years and today is exactly why!

Names don’t come any bigger than Angelina Jolie who walked her first of two Red Carpets this afternoon. She produces Animated Feature THE BREADWINNER and humbly came out to grace not only the Red Carpet but walk the line of Fans stopping for photos and autographs along Yonge Street in front of Winter Garden Theatre. We were among the lucky! What a thrill! Don’t miss her at her Premiere for well-reviewed Documentary FIRST THEY KILLED MY FATHER tomorrow!

Academy Award winner Jennifer Lawrence also drew a large crowd at TIFF BELL LIGHTBOX for the Presser for Darren Aronofsky‘s well-reviewed mother! While there was no sign of Michelle Pfeiffer today, Javier Bardem and Ed Harris later would walk the Red Carpet after being absent at the Film’s Presser. We even got a photo with Lawrence although tragically, flashes going off would wash out the Photo! Devastation!

THE SHAPE OF WATER continues to garner tons of Oscar buzz with Festival Creative Director Cameron Bailey touting it as his fave! We spotted its friendly cast today including two-time Oscar nominee Sally Hawkins, winner Octavia Spencer, nominee Richard Jenkins and Doug Jones. Hawkins is getting a lot of early buzz for her work.in this Toronto-made Fantasy by Guillermo del Toro. No signs of Michael Shannon however!

We loved seeing Julianne Moore out earlier as she promoted George Clooney‘s SUBURBICON. We didn’t see Clooney though who was snuck-in, although we hear he has been really fantastic and giving to fans at TIFF ’17!

Sam Rockwell is back at it in the City, a place which work has brought him to many times, returning to TIFF with THREE BILLBOARDS OUTSIDE EBBING, MISSOURI.

Dave Franco stars alongside brother James Franco in hilarious THE DISASTER ARTIST, based on THE ROOM star Greg Sestero‘s Memoir about working on that Cult Classic! He was in a bit of a rush today but we hope to see him around tomorrow as the Film premieres then at Midnight Madness.

James McAvoy consistently delivers and we were thrilled that he was able to make it in this year as we’ve wanted to meet him since we saw The Last King of Scotland, which also premiered here back in 2006. He’s here for SUBMERGENCE and was gracious sporting a bald look for his X-Men: Dark Phoenix role which he is shooting now in Montreal.

Irish animation studio Cartoon Saloon has received two Oscar nominations due in part to their unique hand-drawn style. In their latest Feature, The Breadwinner, they’ve moved their setting from Ireland to Afghanistan but retained all the magic of their previous films.

When the Taliban throw her father in jail, 12-year-old Parvana is forced to disguise herself as a boy to earn money for her family. One day in the marketplace, Parvana meets-up with an old classmate, Shauzia, who is also masquerading as a boy. During the day, Parvana tries to earn money to pay the baksheesh necessary to get her father out of prison. At night, she distracts her family by telling them the story of a brave warrior named Idrees and his quest to save his village and defeat the Elephant King.

The brilliant voice cast boasts no major stars but does an excellent job bringing Director Nora Twomey’s vision to life. Canadians Jeff and Mychael Danna have provided a beautiful score which compliments without overpowering the story. Despite the heavy themes, this Angelina Jolie-produced Movie is sure to resonate with both children and adults.

Elevation Pictures will screen The Breadwinner at TIFF ’17 at the following times: