#FIRSTLOOK: “SAVE OUR SQUAD WITH DAVID BECKHAM” TRAILER

Disney+ today announced that UK Original series, “Save Our Squad with David Beckham,” will premiere exclusively on Disney+ on Wednesday, November 9th. The announcement was accompanied by a first look teaser trailer and image from the series.

Co-produced by BAFTA and RTS Award-winning production company Twenty Twenty, and Studio 99, the global content and production studio co-founded by Beckham, “Save Our Squad with David Beckham” is a heart-warming series that sees David Beckham return to his East London roots to mentor Westward Boys, a young, grassroots team who are at the bottom of their league, facing relegation. However, this isn’t just any league… this is the same league that David played in as a young boy. Working with the head coaches, he’ll try to turn the team’s fortunes around.

In the exclusive teaser trailer, David Beckham goes back to his roots in East London with an ambition to help Westward win. The sneak peek shows him mentoring the young squad and giving advice and encouragement on the perfect free kick, so the team themselves can ‘bend it like Beckham’.

“Save Our Squad with David Beckham” builds on the company’s commitment to source, develop and produce original productions. Across EMEA alone, Disney’s International Content and Operations team plan to create 60 local productions by 2024 as it continues to work with outstanding creators and premium producers.

All four episodes of SAVE OUR SQUAD WITH DAVID BECKHAM arrive November 9, 2022 on Disney+.

Debuting on Thursday, February 18, 2016, David Beckham’s Modern Essentials Collection Spring 2016 has the Fashion Icon in another innovative TV Spot. Shot in Lisbon, the comical Ad has men allover the City dressed identically to Beckham, leader of a new movement in Men’s Fashion.

For those of us in Toronto, the new Eaton Centre Flagship H&M store launches Thursday, February 25, 2016 complete with H&M’s Home Collection and new LED screens throughout the store!

This is all sorts of amazing. David Beckham + Kevin Hart? Unlikely, right? Well it’s totally happening. The two megastars will appear together this fall as part of the campaign for Modern Essentials selected by David Beckham Autumn 2015 Collection.

And here’s a tease:

The commercial surfaces on September 28, 2015 and appears at cinemas and on TV two days after.

So will it be #COVERED or #UNCOVERED? Our Friends at H&M had a bit of fun building some hype around the new Spring Collection for David Beckham Bodywear at H&M giving Fans a chance to vote which of two TV Spots, directed by Drive Helmer Nicolas Winding Refn, will premiere during NFL Super BOWL XLVIII tonight. The Collection hit stores late last week.

Although we’re just a few hours away from knowing, let’s enjoy the Teaser:

But the question we really want to know is who the Fashion and British Football Icon is rooting for in the Super Bowl! “I’m on the fence”, Beckham revealed at a Press Junket in support of the Collection at H&M Times Square in New York City.

More on the Collection here. 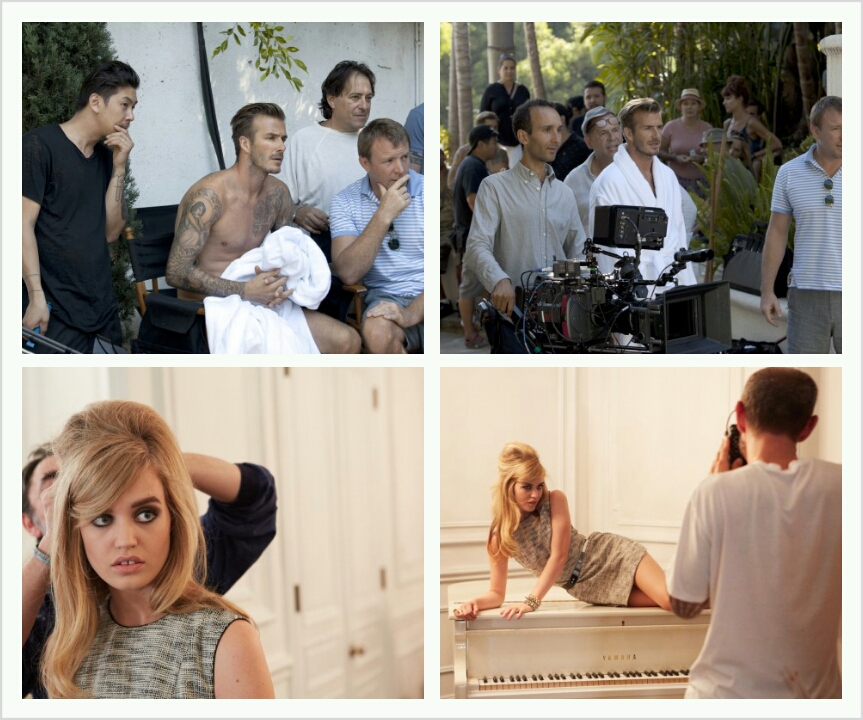