“Boston Strangler,” 20th Century Studios true-crime thriller from writer-director Matt Ruskin about the trailblazing reporters who broke the story of the notorious Boston Strangler murders of the 1960s, will premiere March 17, 2023, exclusively on Disney+ under the Star banner in Canada.

The film follows Loretta McLaughlin (Keira Knightley), a reporter for the Record-American newspaper, who becomes the first journalist to connect the Boston Strangler murders. As the mysterious killer claims more and more victims, Loretta attempts to continue her investigation alongside colleague and confidante Jean Cole (Carrie Coon), yet the duo finds themselves stymied by the rampant sexism of the era. Nevertheless, McLaughlin and Cole bravely pursue the story at great personal risk, putting their own lives on the line in their quest to uncover the truth.

ABC Audio, a division of ABC News, will release a true crime companion podcast about the Boston Strangler ahead of the film’s debut on Disney+. The three-part narrative series will be hosted by award-winning journalist and former Boston Globe reporter Dick Lehr, who knew Loretta McLaughlin and has reported on the Boston Strangler case. The podcast will delve into the backstories and tragic fate of the victims linked to the Boston Strangler case and explore why these half-century-old killings remain the subject of so much fascination. It will be available for free on all major podcast platforms.

Yet another whacky time at SXSW! Jeff Baena & Actress Alison Brie team-up to co-write Comedy SPIN ME ROUND, with the former also directing. The Film centers on a group of high- performers at an Italian-American restaurant chain get invited to attend an educational retreat in Florence, Italy and get way more than what they bargained for!

Amber (Brie) has worked at her restaurant as a manager for nine years and hopes secretly that this retreat will help her find love. Her last boyfriend left her in severe debt, leaving her to work this job. She’s incredibly-drawn to the face of the chain Nick Martucci (Alessandro Nivola) who will be on the retreat as well. And wouldn’t you know it, he is attracted to her too! Kat (Audrey Plaza), his assistant, tries to warn her of his ways and she finds herself confused between this looming affair and being subjected to this horribly mundane retreat.

The interesting thing about SPIN ME ROUND is that the Film begins like many other Retreat Comedies we’ve seen, with a clash of personality types, including Deb (Molly Shannon), the larger-than-life one in the group who seems to get in the way. But as things progress in the Second Act, we begin to realize that like this retreat, this Film isn’t quite what we signed-up for. Is this a Horror? By the Final Act, chaos ensues, but we’re here for it as it makes the Comedy memorable. We cannot unsee this, and yay, justice for pigs!

Brie is just great in the leading role as our eyes into this wild escape and through it all, the story has a strong feminist message that deviates from the standard Rom-Com fare. Nivola is entertaining and irresistibly greasy, though his allure makes it easy to see why Amber is so torn at times. Plaza is wonderful, though hardly seen enough in Kat’s chill. And Shannon of course is a hoot, perpetually self-absorbed in Deb‘s world, while others simply are living in it!

Don’t be surprised if you find yourself craving some Olive Garden after this!

SPIN ME ROUND streams at SXSW ’22 as follows:

Spin Me Round at ZACH Theatre

Spin Me Round at Online Screening

Spin Me Round at Alamo Lamar E

Spin Me Round at Satellite Venue: AFS Cinema

Spin Me Round at Rollins Theatre at The Long Center 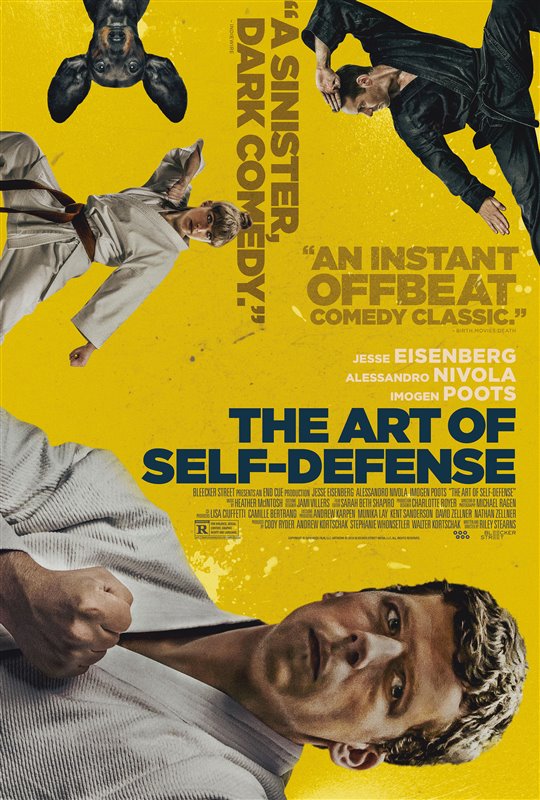