We love sassy Women and Lisa Rinna has long been on our list of Women we admire.  Melrose Place, Days of Our Lives and Celebrity Apprentice are just a few of the Series we have witnessed her fire and she will not be forgotten.  The Actress/Author/TV Personality is in town for a couple days co-hosting Global Television‘s The Morning Show (National Edition) and looked amazing today discussing Current Affairs  like Cory Monteith‘s recent passing and the Royal Baby.  On the matter of making illegal the online posting online of suggestive Photos of others without permission, Rinna told Host Leslie Roberts, “As a Mother of two young Girls, more than ever I’m all for it”. Although not yet available, you can check their Website later for Video.

Later this morning by chance, we spotted her out and about in Yorkville this morning on a walk. Caught off-guard, she was recognized in her sunglasses looking back at  Billy and me.  “Of course, we can only take a Photo if your Dog is in it too”, she says.  Fans of Rinna will know that she’s an avid Dog Lover, being the Owner of beloved Rottweiler, Lola.

Fans and Autograph Collectors were out and about hoping for a glimpse of Rinna earlier today following her The Morning Show appearance.  For some reason she had opted for an Underground Exit, leaving in a cab and throwing a couple waves as they pleaded for her to roll down her window.  Disappointed, there were several carefully-chosen 8×10s left unsigned as she was driven off. Rinna and her Husband Harry Hamlin are slated to appear again on the Show tomorrow. 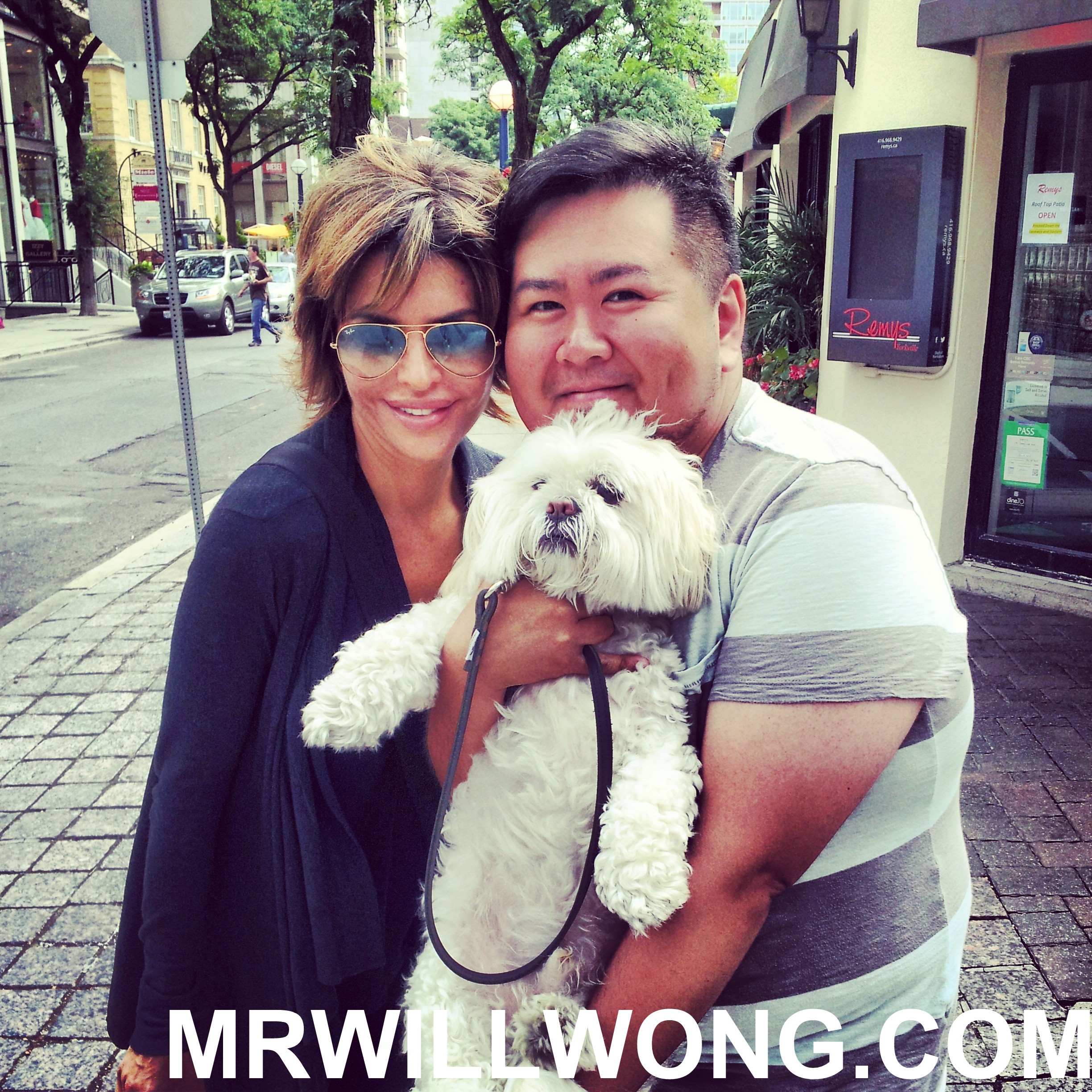