Acclaimed Director Guillermo Del Toro is back in Toronto once again, now promoting his latest $300-million Robots vs. Monsters Sci-Fi/Action Epic, Pacific Rim which he filmed in Toronto at Pinewood Studios.

In addition to a series of interviews scheduled today, a noticeably slimmer del Toro did some TV appearances including City‘s Breakfast Television, where he not only charmed Host Jennifer Valentyne, but also wowed Fans stopping generously to pose for Photos and sign Autographs. While on a quick break, del Toro did the impossible, coming out to greet Fans and some workers inside the building too. Often the Talent are content resting in their Green Rooms, but del Toro certainly is something special.

The Director/Producer/Writer known best for Oscar-nominated Pan’s Labrynth and Hellboy will pretty much be making Toronto his home for at least a year as he feels TV Series The Strain in the City this Fall, followed by Crimson Peak next Spring. The latter reunites him with his new Muse, Charlie Hunnam (Sons of Anarchy). It is said that del Toro held a private screening of Pacific Rim for the Toronto Cast of the Film.

I had the pleasure of filming a week’s worth of scenes as a Background Performer and cannot wait to see it!

See my Snap of del Toro: 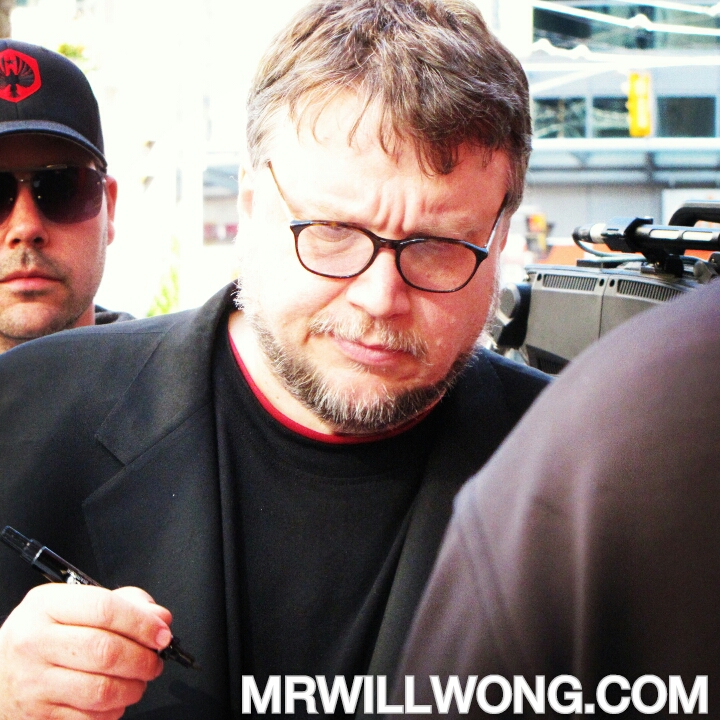