Reprising once again the beloved role of Mike Wazowski, Funnyman Billy Crystal landed in Toronto to promote eagerly-anticipated  Monsters University for Walt Disney Studios Motion Pictues.  The Film set ten years prior to the events of Monsters, Inc., centers around the friendship between Mike and  James P. “Sulley” Sullivan (John Goodman) and how they went on to become elite Scarers.

The nine-time Academy Awards Host was up and at it early today with a visit to City‘s Breakfast Television, before speaking to a room full of Journalists at the Rooftop Lobby Peess Conference in his Hotel, moderated by Film Critic/Author Richard Crouse.  Appearances on eTalk, Entertainment Tonight Canada and CBC also were slated.  Watch Crystal‘s Breakfast Television appearance right here.

Crystal, who looks a young 65, was amazingly nice to stop for a couple round of Autographs, signing generously despite initially stating “One only each”, to a large group of Fans. Bringing my own little “Monster” along for the occasion, he was beyond nice to stop of a quick Snap with another popular Billy (of the Doggy variety).  “Now, I know you didn’t name your Dog after me!”, he tells me upon being introduced. 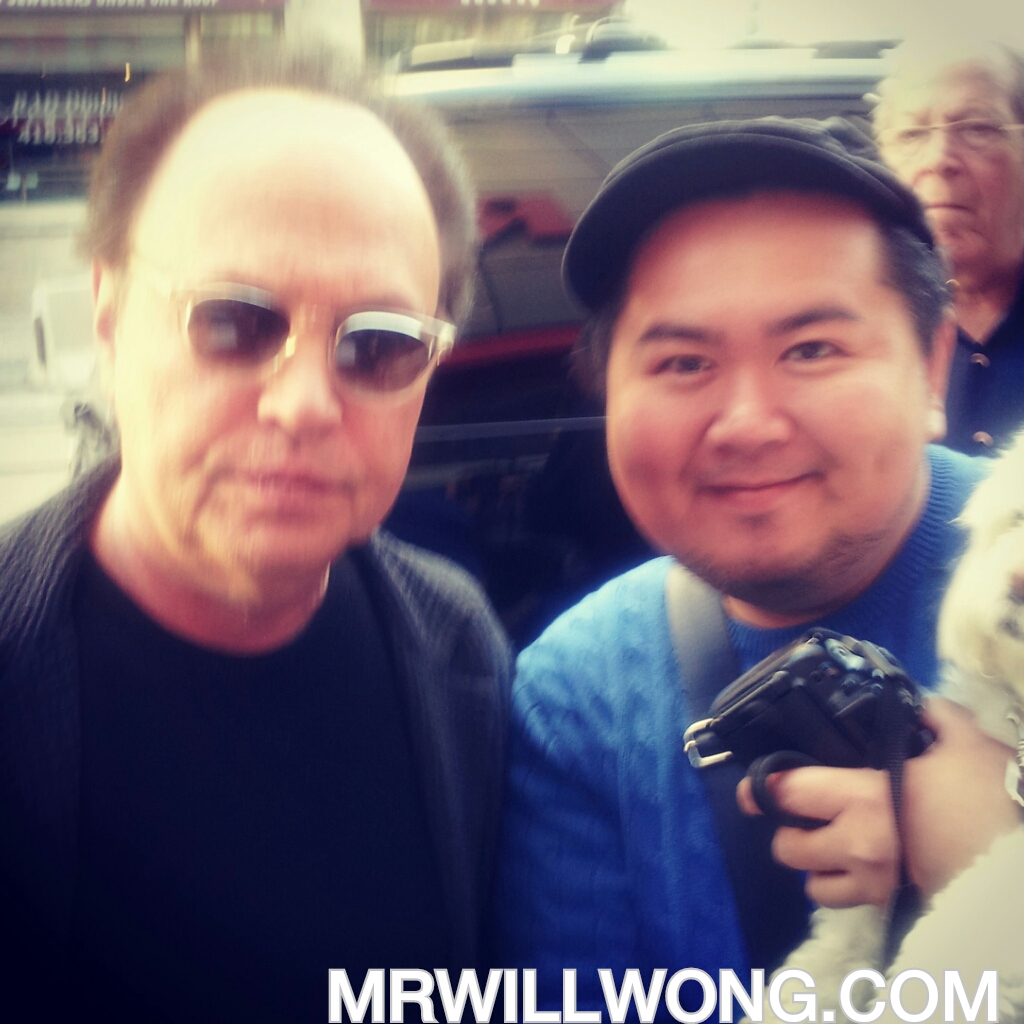