fast and the furious

It’s been a while, but with theatres open again in cities across Canada, we thought we’d bring these updates back! While theatres are open, we’re seeing a little life coming back at the Box Office with several new releases out, but definitely still off the mark of traditional Summer numbers.

OLD takes top spot at the Box Office. The latest Horror-Thriller from M. Night Shyalamalan rakes-in $16.5 million from 3,355 theatres across North America for Universal Pictures. Not bad considering the Film was made for $18 million. The divisive flick gets 52% on the Tomatometer at Rotten Tomatoes.

SNAKE EYES also debuts this weekend. The G.I. Joe origins story starring Henry Golding earns $13.3 million from 3,521 theatres for Paramont Pictures, getting a 42% on the Tomatometer.

BLACK WIDOW in its third week out makes $11.6 million for Disney from 4,250 theatres. It has made $154.8 million in its North American run thus far.

ESCAPE ROOM: TOURNAMENT OF CHAMPIONS in its second week out, gets $3.2 million from 2,815 theatres for Sony Pictures, a tally to date of about $15 million.

A QUIET PLACE: PART II has had a very successful run despite restrictions during COVID, making $1.25 million in its ninth week out for Paramount Pictures. Its total run has seen it earn $152 million. 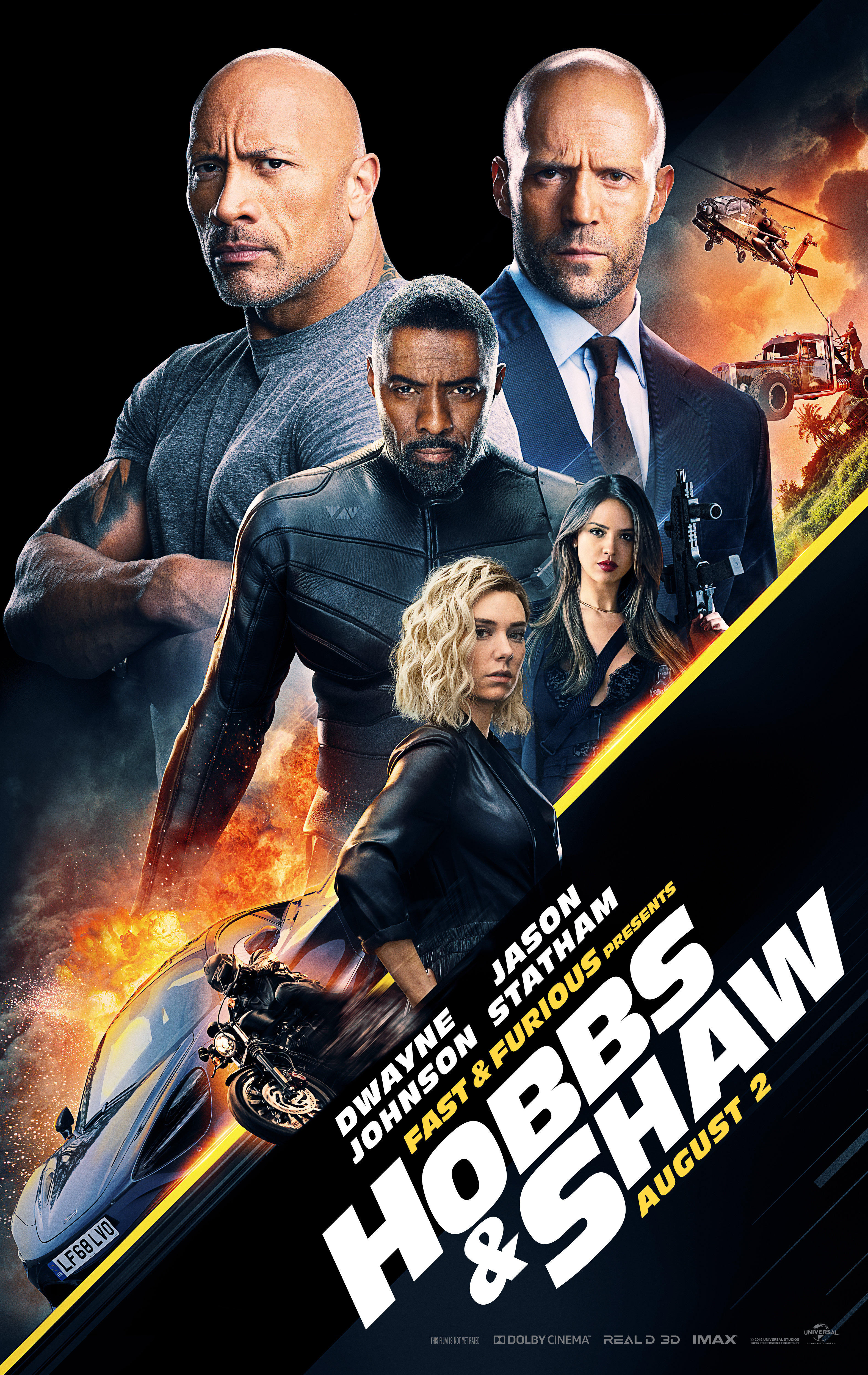 For a second week straight, GUARDIANS OF THE GALAXY VOL. 2 takes the top spot at the Box Office with a stellar $61.9 million for Disney from 4,347 theatres.  Over two weeks, it has grossed $245 million in North America.

In second this weekend is Mother’s Day-targeted release SNATCHED starring a long-absent Goldie Hawn and Amy Schumer.  It earns $16.5 million from 3,501 theatres for 20th Century Fox.  It gets 36% on the Tomatometer from Critics and a B CinemaScore.

Debuting in third is KING ARTHUR: LEGEND OF THE SWORD with $14.3 million from 3,702 theatres for Warner Bros. It gets a 27% on the Tomatometer and a B CinemaScore.

In its fifth week out THE FATE OF THE FURIOUS slips to fourth with $5.4 million for Universal Pictures. Over five weeks it has earned $215 million.

LOWRIDERS opens in eighth with $2.7 million from 295 theatres for Telemundo Films. It gets 57% on the Tomatometer and stars Melissa Benoist, Demián Bichir and Eva Longoria.

BAAHUBALI 2: THE CONCLUSION rounds-out the Top Ten with $1.4 million for Great India Films.

#BOXOFFICE: “GUARDIANS OF THE GALAXY VOL. 2” RULES THE PLANET

Besting its predecessor, Marvel’s GUARDIANS OF THE GALAXY VOL. 2 follows in the leading footsteps of the franchise’s 2014 debut with a $145 million opening from 4,347 theatres across North America. The previous Film opened with $94.3 million. Rotten Tomatoes rates it at 84% on the Tomatometer, while Audiences gave it an A CinemaScore.

In second is three-week champion THE FATE OF THE FURIOUS with $9.3 million for Universal Pictures, just surpassing $200 million domestically this week.

HOW TO BE A LATIN LOVER, which has yet to open in Canada, lands in fourth with $4.8 million in its second week out. It stars Eugenio Derbez, Salma Hayek, Rob Lowe and Kristen Bell and has made a total $20.2 million thus far for Lionsgate Films.

THE CIRCLE is in sixth with $3.5 million for STX Entertainment, a two week total of $15.2 million.

Rounding-out the Top Ten is SMURFS: THE LOST VILLAGE with $1.7 million. It has grossed $40 million over five weeks.

Despite a tepid weekend at the Box Office, THE FATE OF THE FURIOUS still is going strong to hold on a third week at number one with $18.5 million for Universal Pictures, from 4,077 theatres. In its domestic run it has grossed $191.8 million.

In second is HOW TO BE A LATIN LOVER with $11.3 million from 1,118 theatres for Lionsgate Films. It gets 51% on the Tomatometer.

Debuting in third is THE CIRCLE starring Tom Hanks and Emma Watson, which despite some major star power could only muster $9.1 million from 3,163 theatres. It gets 17% on the Tomatometer and a D+ CinemaScore for Elevation Pictures/STX Entertainment.

BAAHUBALI: THE CONCLUSION debuts in fourth with $8.6 million from 405 theatres only.

BEAUTY AND THE BEAST is in seventh in its seventh week out for Disney, with $6.3 million, bringing its domestic tally to an outstanding $480 million.

True to the form of its predecessors, THE FATE OF THE FURIOUS has a spectacular opening at number one this weekend at the Box Office!  Taking-in $100 million from 4,310 theatres, this eight installment in the series gets a passable 64% on the Tomatometer on Rotten Tomatoes and an A CinemaScore from Audiences.  To place it into context, this Film ranks second in its Franchise, right behind 2015’s FURIOUS 7 which opened with $147 million.

In second after two weeks on-top is THE BOSS BABY with $17 million, bringing its three week tally to $117 million in North America for 20th Century Fox.

Just crossing the $1 billion-mark worldwide this week, BEAUTY AND THE BEAST places third in its fifth week out for Disney with $16.2 million.  Thus far domestically it has grossed $457 million.

SMURFS: THE LOST VILLAGE places fourth with $11 million in its second week out for Sony Pictures, a two week take of $29 million.

GIFTED is in sixth with $3 million from 1,146 theatres for Fox Searchlight. It earns $4.3 million over two weeks.

KONG: SKULL ISLAND rounds-out the Top Ten with $2.6 million for Warner Bros. in its sixth week, a total of $161 million in its domestic run.

#GIVEAWAY: ENTER TO WIN ADVANCE PASSES TO SEE “THE FATE OF THE FURIOUS”

Universal Pictures Canada x Mr. Will want to give Readers a chance to see this spring’s most-awaited Blockbuster, THE FATE OF THE FURIOUS. Screenings take place on Wednesday, April 12, 2017 as follows:

Synopsis:
The eighth installment of the Fast and Furious franchise has Dom (Vin Diesel), Letty (Michelle Rodriguez), Roman (Tyrese Gibson), Tej (Ludacris) and Luke (Dwayne Johnson) settling into their new team dynamic, without Brian (Paul Walker) or Mia (Jordana Brewster). However, when Dom suddenly betrays them — and sends Luke to jail — to team up with a dangerous criminal terrorist named Cipher (Charlize Theron), their “family” as they know it is thrown into disarray.

The Fast and Furious crew is recruited by a top secret government ops team led by Frank Petty (Kurt Russell), in order to help stop Dom and his new boss from committing unspeakable acts of terror.

For a fourth straight week, FURIOUS 7 dominates the Box Office once again!  Showing at 3,808 theatres, the record-breaking Blockbuster earns $17 million this weekend, now for a cumulative total of $319 million domestically for Universal Pictures.

PAUL BLART: MALL COP 2 exceeds expectations, number two a second week in-a-row, earning $13.7 million for Sony Pictures. In its run so far, it has made $42 million in North America.

THE AGE OF ADALINE opens in third spot with $12.4 million for Lionsgate Films/eOne Films, despite topping the Friday night Box Office. The Romance starring Blake Lively gets an A- CinemaScore from Audiences, and a lukewarm 53% from Critics on Rotten Tomatoes.

HOME continues to show amazing staying power in fourth spot with $7.9 million. In five weeks it has made $153 million domestically for 20th Century Fox.

UNFRIENDED lands in fifth in its second week out with $5.9 million for Universal Pictures.

Well-reviewed EX_MACHINA debuts in sixth for Mongrel Media/A24 Films, wit $6.2 million from 1,255 theatres. The Sci-Fi Film starring Alicia Vikander, Domhnall Gleason and Oscar Isaac gets a stunning 90% on the Tomatometer.

WOMAN IN GOLD rounds-out the Top Ten with $3.1 million for The Weinstein Co./eOne Films.  In four weeks, it has grossed $21.2 million.

For a second straight week, FURIOUS 7 towers over the competition (which have some peculiarly suggestive names) with $62.7 million for Universal Pictures, good enough to surpass already the $250 million mark domestically in just TWO WEEKS!  The record for best second Box Office weekend for a Film previously was held by The Hunger Games with $58.5 million and a new mark has been set.

HOME lands in second this weekend, going strong still in its third week out with $19.7 million for 20th Century Fox.  Thus far, it has grossed $130 million in its run.

THE LONGEST RIDE  starring Scott Eastwood and Britt Robertson, opens a respectable third with $13 million for 20th Century Fox.  And while Critics failed to be charmed with a 29% on the Tomatometer, Audiences gave it a resounding ‘yes’ with a coveted A CinemaScore which could only help it in coming weeks as word of mouth spreads.

GET HARD finds itself in fourth spot in its third week out with $8.2 million for Warner Bros.  In three weeks, it has made $70 million already.

WOMAN IN GOLD is in seventh with $5.7 million, expanding to 1,504 theatres in it second week for eOne Films/The Weinstein Co.

KINGSMAN: THE SECRET SERVICE rounds-out the Top Ten with $1.2 million for 20th Century Fox in its ninth week out.  To date, it has grossed $125 million.