You might remember Dacre Montgomery from Blockbuster hit POWER RANGERS, but since then he’s gained a lot of popularity also on Netflix‘s Stranger Things in a recurring role as lifeguard Billy Hargrove.  The Australian star is in Toronto today promoting Season Three of the hit Series along with The Princess Bride star Cary Elwes and together they are doing the rounds on Television in the City.

We snapped the star arriving at Breakfast Television for a taping and he was amazing to Fans, stopping for everyone.  We chat with his Co-Star David Harbour earlier this year and he told us that this Season of Stranger Things is about the “summer of love”.  Can’t wait!  It streams July 4th!

#StrangerThings star #DacreMontgomery in #Toronto with Co-Star #CaryElwes for Season Three of the Series, streaming now on #Netflix!

If you haven’t had a chance to stop by Baskin Robbins of late, they have a couple limited edition flavours, Upside Down Pralines and Eleven’s Heaven! There also are limited edition “Steve” (Joe Keery) character Funko Pops. Don’t forget to check them out!

Although we’re at the half-way mark at TIFF ’15, we’re nowhere near done!  The Town is set to be electrified at Princess of Wales Theatre as the eagerly-awaited Premiere for BLACK MASS shuts down a portion of Entertainment District with Johnny Depp making his way to the Red Carpet.

See some of the stars we spotted today!

Kevin Bacon.  The veteran actor was amazing today at the Press Conference for Black Mass, quite literally stopping for every single Fan in-waiting.  There’s a reason why he’s adored and we saw it today.

Dakota Johnson already has been catapulted to stardom in a big way starring in the Film Adaptations of the Fifty Shades of Grey series, but Black Mass is what will solidify her standing as a serious Actress. She was wonderful today stopping for Fans. A huge Fan of hers, I even slipped myself in for a Selfie amidst the commotion!

Awkward selfies with #DakotaJohnson, at #TIFF15 for #BlackMass. #TIFF40 #TIFF #TorontoFilmFestival #FIFTYSHADESOFGREY #NikonD3300 A photo posted by Mr. Will Wong (@mrwillwong) on Sep 14, 2015 at 11:45am PDT

And of course, who doesn’t love Johnny Depp?  After a late arrival, he delivered his promised and went around the lined circle of Friends, stopping for Autographs as security cautiously tossed any clipboards thrust towards his face.   The cheers were deafening for the King of Cinema and the reviews are fantastic for his performance as gangster Whitey Bulger in Black Mass.

A more accurate snapshot of the Johnny madness.

Arrived 6:50 AM and that’s the closest I could get to #JohnnyDepp. #BlackMass #TIFF15 #Tiff40 #Toronto #TorontoFilmFestival

Nick Robinson is one to look out for. The young Actor made a huge splash this summer in Jurassic World and is here for Rob Reiner‘s Being Charlie.

Cary Elwes’ visit comprised of two reasons TIFF ’15 including a live-read of The Princess Bride as his original character, presented by Jason Reitman and also the Film Being Charlie.

#CaryElwes at #TIFF15 for a live reading of #ThePrincessBride and #BeingCharlie. #Tiff40 #Tiff40 #TorontoFilmFestival A photo posted by Mr. Will Wong (@mrwillwong) on Sep 14, 2015 at 2:47pm PDT

Common is a man of many talents – acting just one of them. He and iconic Director Rob Reiner were out doing press earlier today for Being Charlie.

Joan Allen is fantastic in Thriller, ROOM which premieres Tuesday night TIFF ’15.  Here she is at a Press Conference earlier for the Film.  Film star Brie Larson unfortunately has been v. private this entire trip not interacting at all with fans. What gives?

John Slattery. We’ve long loved this Mad Men star and were ecstatic to run into him on our way home tonight. He was here for the Premiere of well-received drama, Spotlight.

AP McCoy. The 20-time champion jockey in the UK, made a rare appearance here in Toronto for the first-ever screening of his BBC Documentary, Being AP. He revealed that he made the Documentary for his two-year-old son who will never know him as a jockey following his retirement earlier this year.

Kate Winslet just stunning at the TIFF ’15 Premiere for The Dressmaker at Roy Thomson Hall.

Liam Hemsworth at the TIFF ’15 Premiere for The Dressmaker. 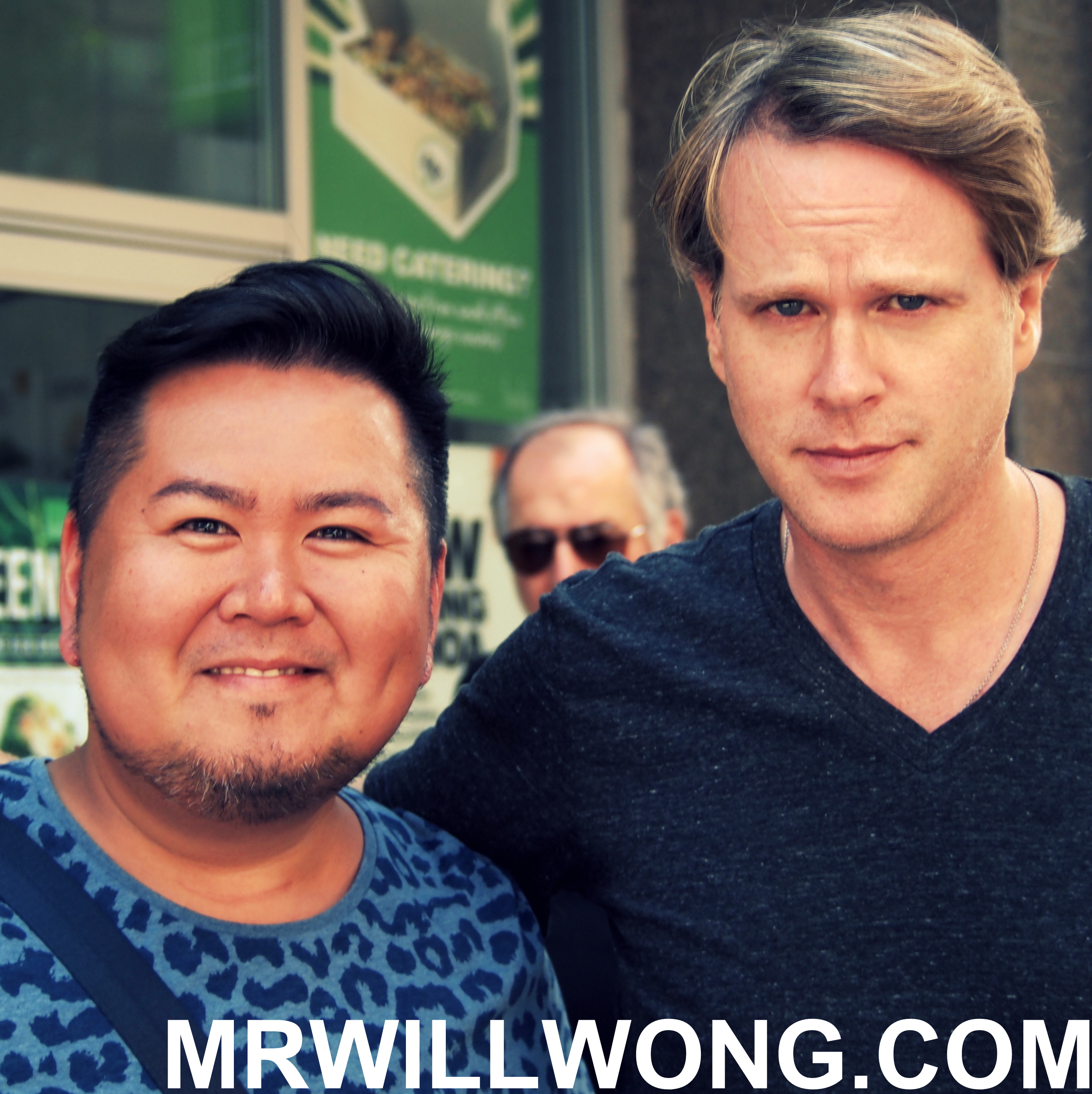 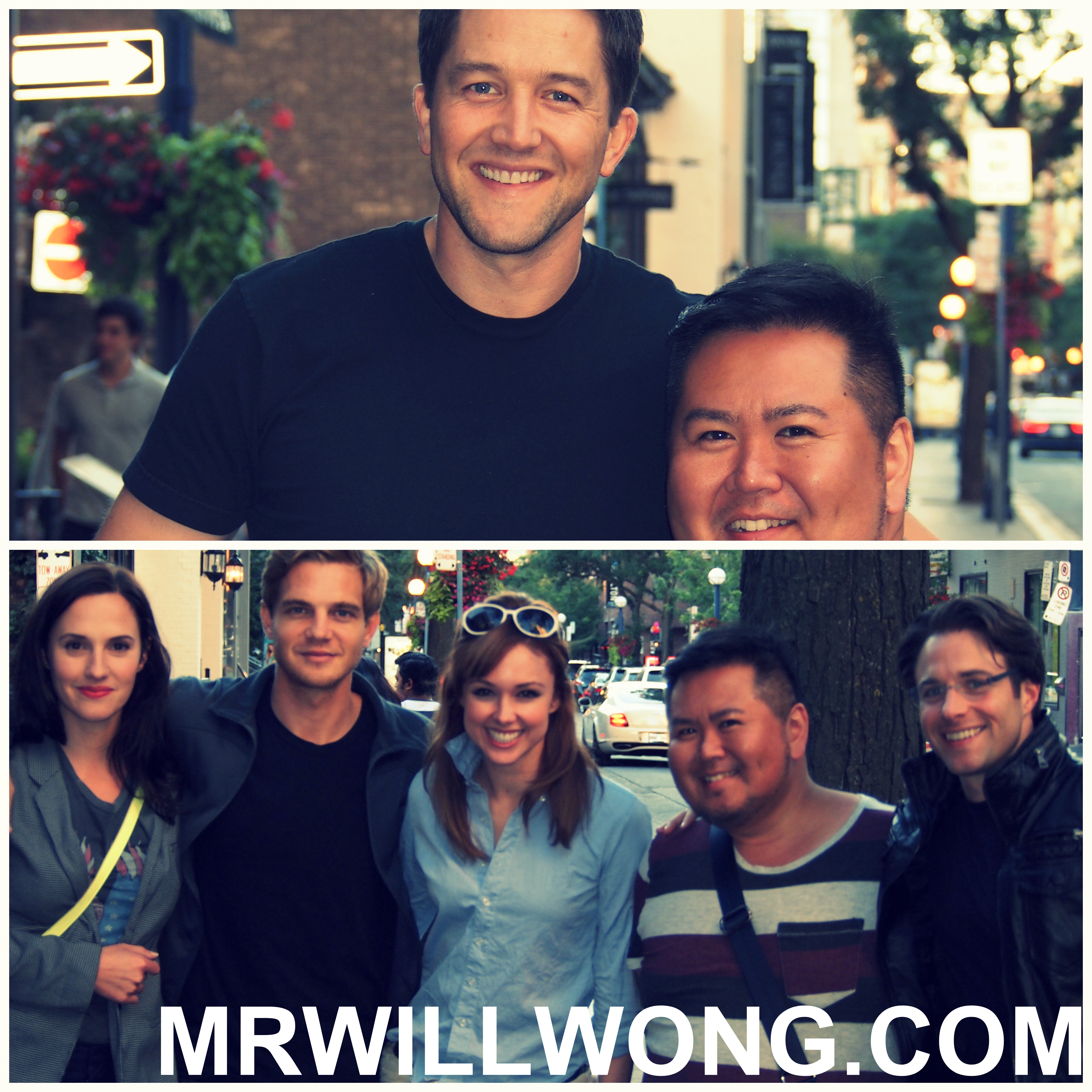