#SPOTTED: AARON ECKHART IN TORONTO FOR “I, FRANKENSTEIN”

Just what Toronto needs – a bit of California Sunshine! Talented Aaron Eckhart currently is in Toronto, one of many international Stops, promoting the Adaptation of Kevin Grevioux‘s Graphic Novel I, Frankenstein. The Film sees the Actor playing a modernized version of the iconic Frankenstein, roaming the Earth 200 years after his creation where he must summon up his force and strength to fight-off the uprising of some frightening supernatural Creatures.

Eckhart gained wide acclaim playing Harvey Dent/Two-Face in Christopher Nolans’ The Dark Knight, gaining a Genre following and most notably in recent years is known for his work in acclaimed Rabbit Hole opposite Nicole Kidman and Thank You For Smoking, which garnered him a Golden Globe Nomination.

Up early, Eckhart and his two-vehicle Entourage were out doing a variety of Radio and Television Interviews in support of I, Frankenstein and he paid a visit to KISS 92.5‘s The Roz & Mocha Show, followed by a stop at CITY‘s Breakfast Television. Despite being rushed, Eckhart made sure all his Fans in waiting had their moment with him. And did I mention how great he looks? Effortlessly cool in a Bomber jacket, jeans and glasses!

Watch his Breakfast Television Interview with Jennifer Valentyne right here, where he reveals how he underwent six months of Kali Stick Fighting Training to prepare for his Role.  He mentions the cruel reason why one of his Girlfriends left him.  “I don’t think you can put shoes on my Son’s feet”, he was told.  I’m sure she’s kicking herself now.

We have a couple exciting I, Frankenstein initiatives here on-going:

I, Frankenstein Prize Pack Giveaway (one of which includes a signed Notebook!) courtesy of eOne Films here. 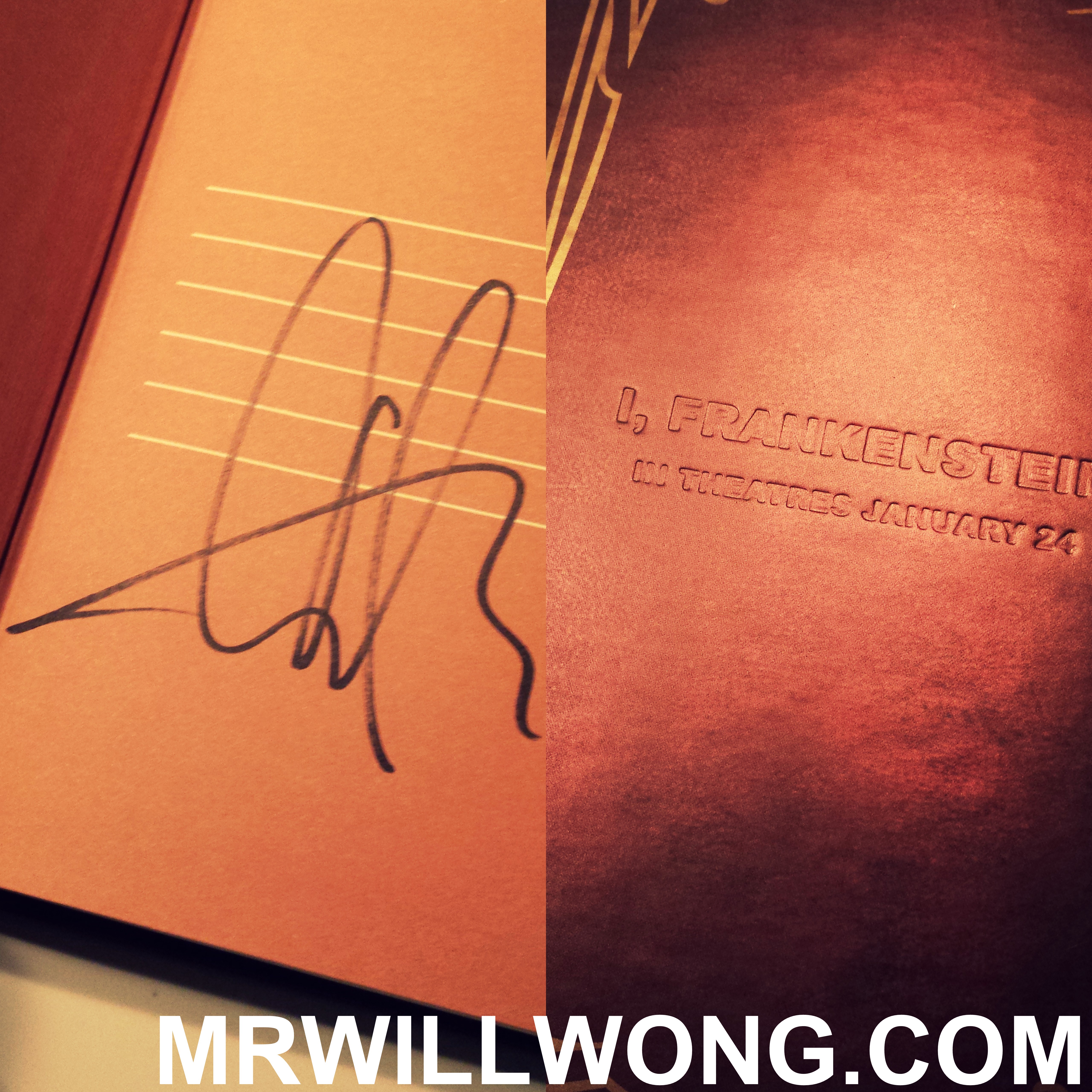