#GIVEAWAY: ENTER TO ATTEND THE TORONTO ADVANCE SCREENING OF “I, FRANKENSTEIN”

eOne Films and Mr. Will Wong want to take Readers to the Toronto Advance Screening of I, FRANKENSTEIN! This is your chance before everybody else to see the Adaptation of Kevin Grevioux‘s beloved Graphic Novel!

Two hundred years after his shocking creation, Dr. Frankenstein‘s creature, Adam (Aaron Eckhart), still walks the Earth. But when he finds himself in a modern day world in the middle of a war over the fate of humanity, Adam discovers he holds the key that could destroy humankind. 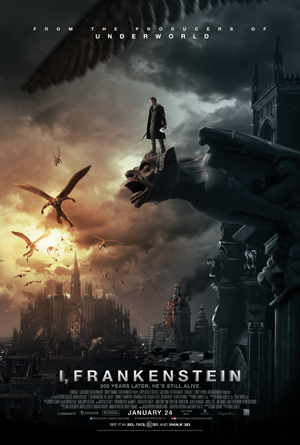 Those who Re-Tweet the below can double their chances of winning:

http://www.mrwillwong.com/ifrankenstein2 @MRWILLW wants us to #win Passes to the #Toronto Advance Screening of #IFRANKENSTEIN. In theatres 1/24!