For a change, a different type of Ford is the Talk of the Town in Toronto! Celebrating 50 years of sleek fearlessness, Ford Canada fêted its prized MUSTANG last night in Toronto at 99 Sudbury, recent site of Private Parties for Lady Gaga and Katy Perry.   Increasing its Horsepower and Torque, combining for the first time ever an EcoBoost Engine, the 2015 Ford Mustang, currently in-production and to be released late 2014, was the Centerpiece of the Evening.  See it here.

Guests had a chance to pose happily for Photos with the Classic 1961 Edition of the Convertible Ford Mustang, while dining on a sumptuous array of Offerings Lobster Poutine, Duck Confit Sandwiches and Roast Beef with Demi-Glace.  I couldn’t resist either! 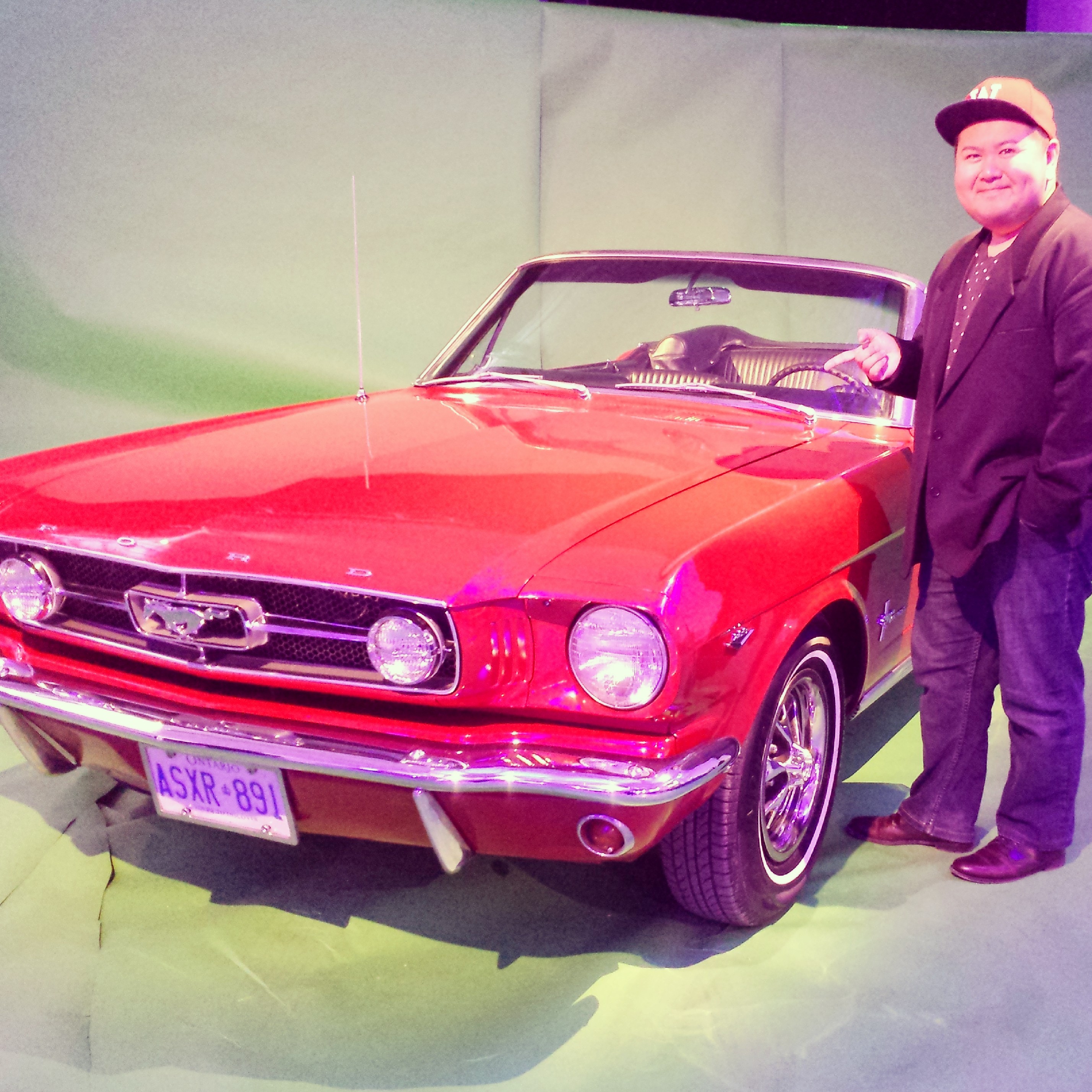 If you haven’t driven a Ford lately, you’ll be shocked up much they’ve stepped-up their game.  Read all about my experience driving the Ford Focus recently!  Read about it here.