won’t you be my neighbor

JURASSIC WORLD: FALLEN KINGDOM continues to rule the Box Office a second straight week with $60 million from 4,485 theatres for Universal Pictures. Over two weeks, it has grossed $264 million domestically.

In second is INCREDIBLES 2 with $45.5 million in its third week out for Disney/Pixar. Thus far in North America it has made $439.7 million.

SICARIO: DAY OF THE SOLDADO opens in third with an impressive $19 million from 3,055 theatres for Sony Pictures. By contrast, its 2015 Predecessor made $12.1 million in its wide expansion debut. This installment gets 62% on the Tomatometer and a B CinemaScore.

Basketball Comedy UNCLE DREW debuts in fourth with $15.5 million from 2,742 theatres for Lionsgate Films/Elevation Pictures. It gets 67% on the Tomatometer and an A CinemaScore.

WON’T YOU BE MY NEIGHBOR rounds out the Top Ten with $2.2 million from 654 theatres for Universal Pictures. It has made $7.4 million over four weeks.

#GIVEAWAY: ENTER TO WIN ADVANCE PASSES TO SEE “WON’T YOU BE MY NEIGHBOR?”

Universal Pictures Canada x Mr. Will want to take Toronto, Vancouver + Montreal Readers a chance to see WON’T YOU BE MY NEIGHBOR? Screenings take place Wednesday, June 6, 2018 in Toronto and in Vancouver and Montreal on Monday, June 11, 2018.

Synopsis:
From Academy Award® -winning filmmaker Morgan Neville (20 Feet from Stardom), Won’t You Be My Neighbor? takes an intimate look at America’s favorite neighbor: Mister Fred Rogers. A portrait of a man whom we all think we know, this emotional and moving film takes us beyond the zip-up cardigans and the land of make-believe, and into the heart of a creative genius who inspired generations of children with compassion and limitless imagination. 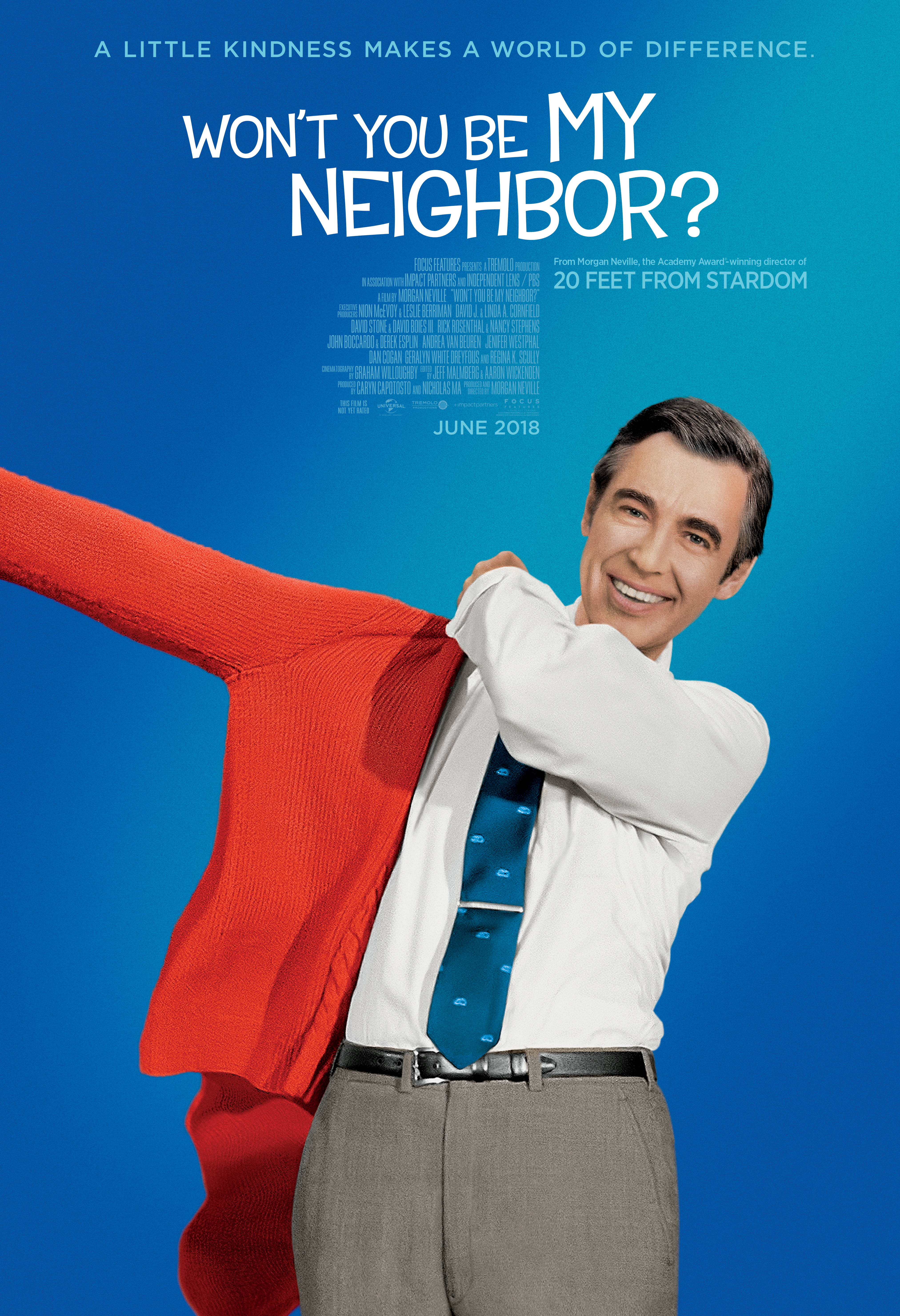 Universal Pictures Canada release WON’T YOU BE MY NEIGHBOR? in Toronto Friday, June 8, 2018 and in Vancouver and Montreal Friday, June 15, 2018.

won't you be my neighbor