THE MARTIAN continues to outdo itself. The TIFF ’15 selection in its fifth week out finds enough gumption to take the top of the Box Office for 20th Century Fox a quiet Halloween weekend with $11.4 million from 3,218 theatres.  To date the Ridley Scott Film has made $182 million domestically.

GOOSEBUMPS, a former number one, rises to second this weekend with $10.2 million for Sony Pictures.  It has made $57 million thus far and got a boost this weekend with a buy-one-adult-ticket and get a children’s ticket free promotion.

BRIDGE OF SPIES in its third week rises to third with $8.1 million for DreamWorks.  It is nearing the $50-million-mark in North America.

HOTEL TRANSYLVANIA 2 rises up to fourth with $5.8 million for Sony Pictures, like GOOSEBUMPS, getting a special Halloween weekend promo boost. It has made $156 million in its run this far in these parts.

BURNT opens in fifth for The Weinstein Co./eOne Films with $5 million from 3,003 theatres. Starring Bradley Cooper, the culinary dramedy got panned by Critics with 29% on the Tomatometer. Audiences gave it a better B- CinemaScore.

TIFF ’15 Selection OUR BRAND IS CRISIS opens in eighth for Warner Bros. with $3.6 million from 2,202 theatres. Critics gave the George Clooney-produced project 32% on the Tomatometer and Audiences gave it C+ on CinemaScore.

Few screenwriters are recognized as well as Aaron Sorkin, hence when we heard he was in town, naturally we became v. excited. If you loved The West Wing (which he created), The Newsroom, The Social Network or A Few Good Men, you already are a fan of Sorkin and you might not even have known it.

Sorkin made the rounds in Toronto today in support of Danny Boyle‘s Oscar contender, Steve Jobs, which stars Michael Fassbender in the titular role. He appeared on CITY‘s Breakfast Television (watch here) and later Global‘s The Morning Show.

We’re not sure why, but we expected him to be unapproachable, but he was amazingly nice to stop and greet fans. “Who’s that handsome guy??”, he joked as he signed an 8×10 of himself. And no word of a life he did look great!

With the brilliant #AaronSorkin, who has delivered us brilliance with #TheNewsroom, #AFewGoodMen, #TheSocialNetwork and now #SteveJobs, in #Toronto today.

Despite competition from all corners, R.L. Stine-adaptation GOOSEBUMPS lands on top in its debut with $24.5 million from 3,501 theatres across North America for Sony Pictures. Starring Jack Black, Dylan Minnette and Odeya Rush, the Film which likely will see sequels based on the success of this and the best-selling series on which it is based, gets 71% from critics on the Tomatometer and an A CinemaScore from Audiences.

THE MARTIAN after a two-week domination lands in second this weekend with $22 million for 20th Century Fox. It nears the $150-million-mark domestically.

Cold War drama BRIDGE OF SPIES opens in third for DreamWorks with $15.9 million from 2,811 theatres. This latest effort from Steven Spielberg starring Tom Hanks, gets a A CinemaScore and an 86% on the Tomatometer.

CRIMSON PEAK opens in fourth with $13 million from 2,984 theatres for Universal Pictures. The Toronto-shot Romance-Horror starring Tom Hiddleston, Mia Wasikowska, Jessica Chastain and Charlie Hunnam from Guillermo del Toro, gets an B- CinemaScore and a 68% on the Tomatometer.

Opening in eighth is football drama WOODLAWN for PureFlix with $4.6 million from 1,553 theatres. It has yet to open in Canada, but Audiences gave it an outstanding A+ CinemaScore.

SICARIO is in ninth with $4.5 million for Lionsgate Films/eOne Films in its fifth week out. Thus far it has grossed $34.6 million in North America.

MAZE RUNNER: SCORCH TRIALS rounds-out the Top Ten with $2.7 million in its fifth week out for 20th Century Fox. 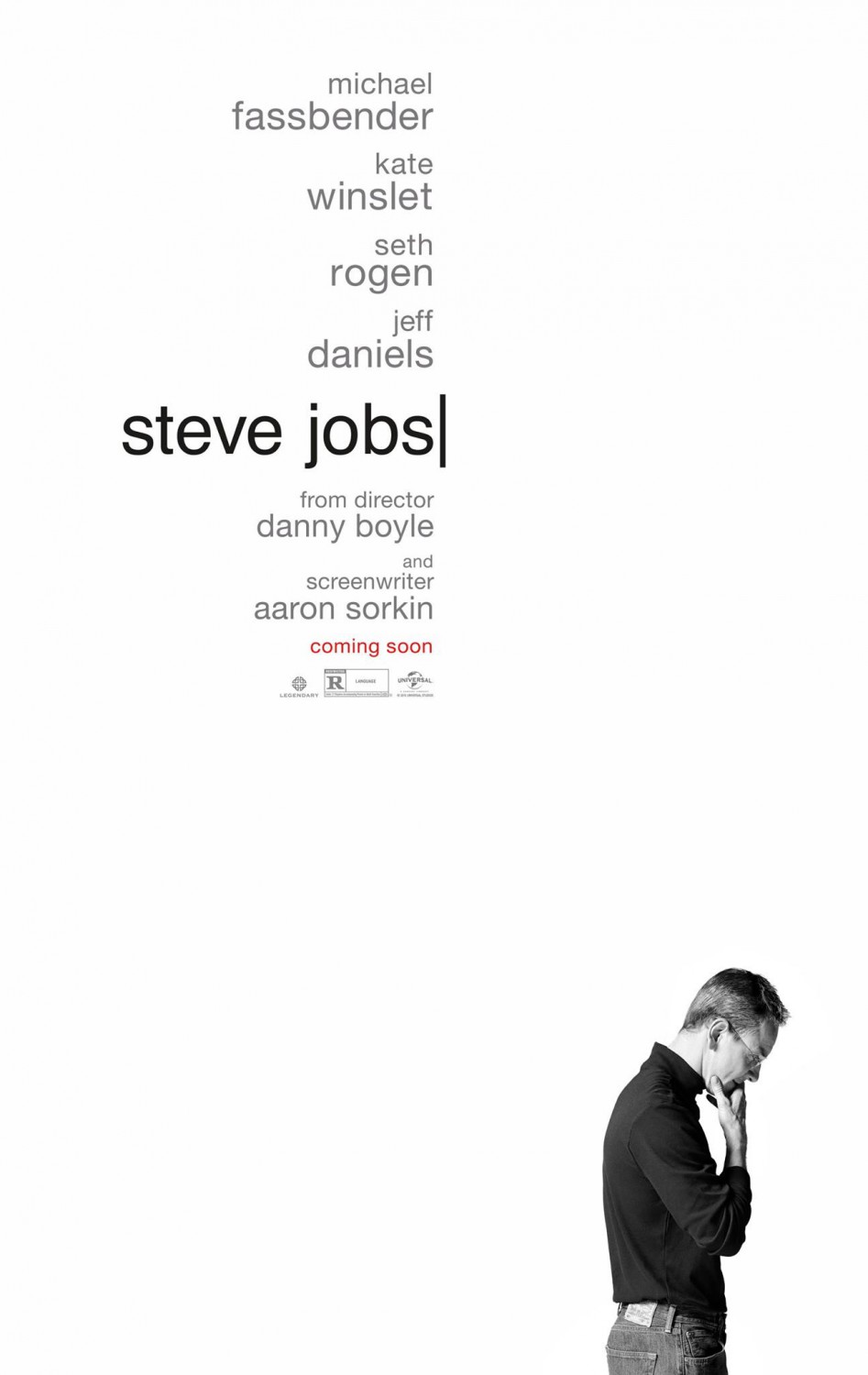 Okay, we get it. Some of us weren’t happy with Steve Jobs Biopic, jOBS.  This however looks the part.  Universal Pictures have just released this Teaser for upcoming JOBS, out this Fall.  And if we’re lucky enough we just might see it do the Festival Circuit.  TIFF ’15, anyone?

The film also stars Katherine Waterston as Chrisann Brennan, Jobs’ ex-girlfriend, and Michael Stuhlbarg as Andy Hertzfeld, one of the original members of the Apple Macintosh development team.