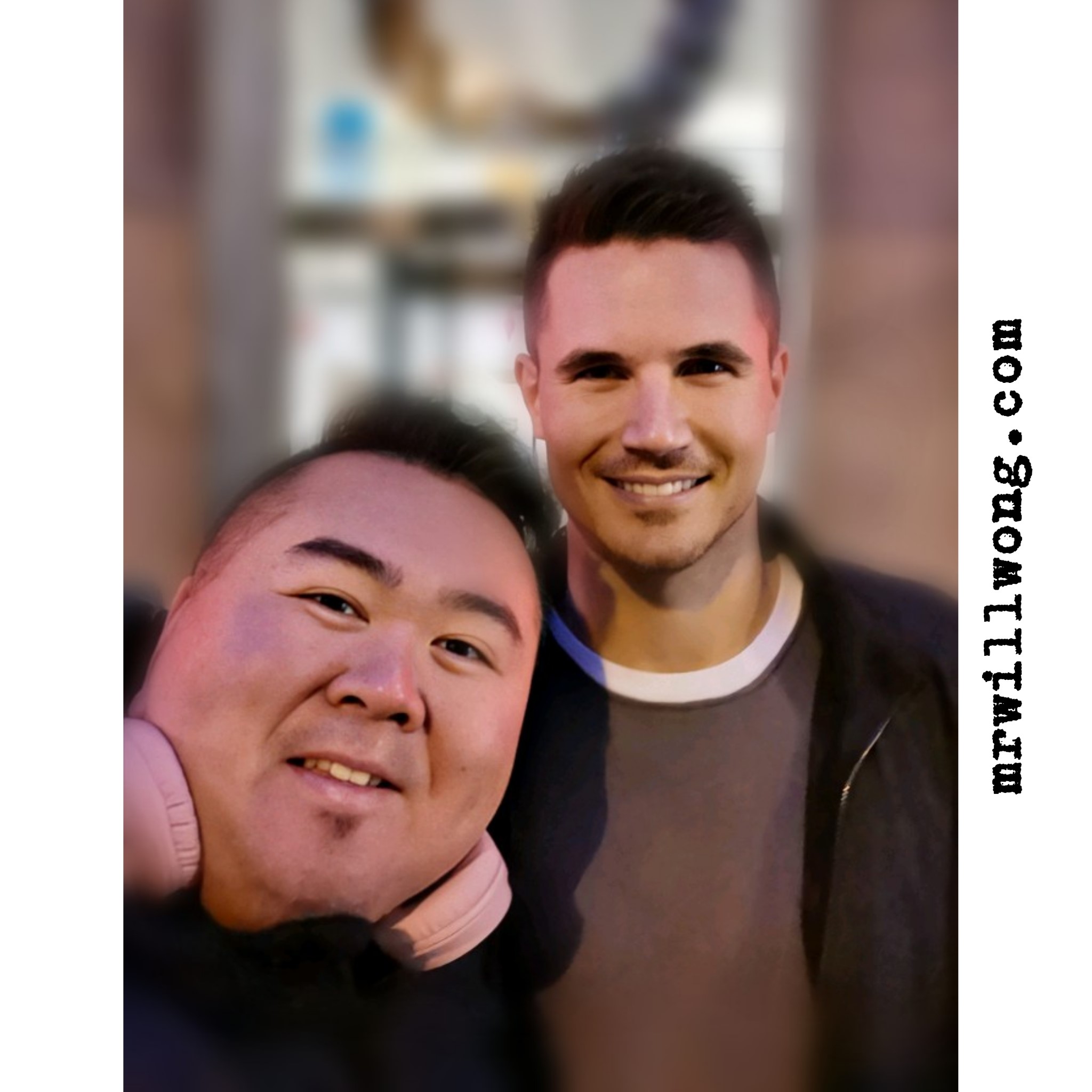 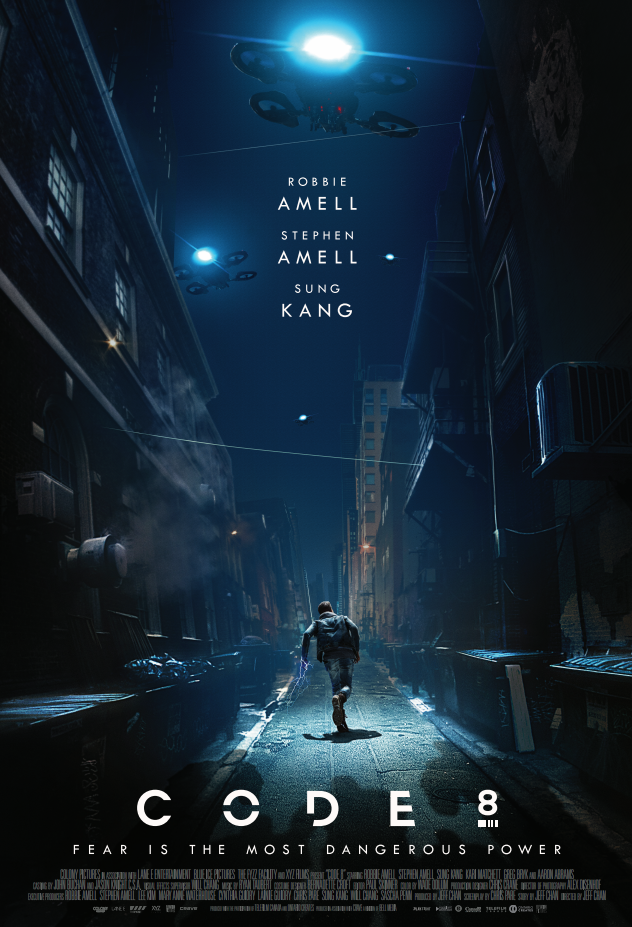 #INTERVIEW: ROBBIE AMELL + ITALIA RICCI IN TORONTO FOR “THE DUFF”

In case you didn’t know what a DUFF is, the new Film Adaptation of the Novel by Kody Keplinger is about to do what Mean Girls did for the term “fetch”. The Teen-Comedy centers on charismatic and aspiring young Writer Bianca (Mae Whitman), whose world crumbles one day when hunky jock and potential Homecoming King Wesley (Robbie Amell) tells her that all along she has been “The DUFF” in her friendship with her BFFs Casey (Bianca Santos) and Jessica (Skyler Samuels). That is, she is the approachable one who guys use to get closer to her attractive friends. Hence, DUFF = Designated Ugly Fat Friend.

Despite some denial initially, quickly Bianca ends her friendships with Casey and Jessica after this realization. She seeks to carve her own identity, striking a deal with a Chemistry-failing Wesley to help him improve his grades should he help her transition out of DUFF-ness with a makeover. The two childhood friends begin to form a connection, rekindling some of that bond they had as next-door neighbours when little. One wrench in the plans: Manipulative and judgmental “Queen Bee” Madison (Bella Thorne) is out to win back Ex-Boyfriend Wesley. Another hitch, Bianca is a little bit torn as she has feelings for guitar-playing Toby (Nick Eversman), while grappling with her growing feelings for Wesley.

After years in supporting turns, Mae Whitman (The Perks of Being a Wallflower, Arrested Development) shines bright in The DUFF with a smart and engaging performance as Bianca. Amell also is funny and irresistible the more the Story progresses and the layers of vulnerability are peeled.

Amell and Fiancée Italia Ricci, both from Toronto, got a Homecoming King and Queen’s welcome home tonight at Scotiabank Theatre, with a Red Carpet Canadian Premiere for The DUFF, which had the Audience chuckling. Their proud Families also came out to show their support, stopping to pose for a group Photo.

We chat quickly with Ricci and Amell about their own Homecoming and their lives growing up in Toronto.  Ricci, we learn, grew-up in Newmarket, while Amell went to Lawrence Park Collegiate Institute.

Ricci: “I didn’t have a Prom Date in High School.  I was definitely a bit weird. I went through a witchcraft phase and a dreadlock phase. I had  friends I made towards the end of High School. They’re here tonight and they’re still here.  I think The DUFF does a really good job making you realize High School is only as daunting as you make it.”.

On the recent second Season renewal of ABC Family Series in which she stars, she tells us “It’s about April, who’s 24-years-old. She’s diagnosed with Lieukemia and forced to navigate her world – her job, love life and friends.  It’s all about hope and never giving up.”.

Amell: “I had good friends, good grades and I played a lot of sports (in High School). But everyone has had their DUFF moments. I had bad skin in High School, so that was my confidence thing.”. “The whole thing about being a DUFF isn’t so much what someone labels you. It’s more your frame of mind.”.

On his Character Wesley, the quickly-rising The Flash Star admits, “I definitely relate to Wesley about the time you cross 35% of the way into this Movie. He starts off a dumb jock and I was a bit worried this was how his Character would be throughout.”.  “Then you get to know him and you get to see he has a big heart.”.

Watch our Chats with Ricci and Amell:

Attending The DUFF‘s Premiere held more than one significance for me. In Grade 12, a big part of my year was looking forward to Graduation and of course, Prom Night. Without a part-time job and knowing I couldn’t really afford the rental Tux, tickets nor cab ride for that matter, my Mom secretly went to my Guidance Counselor while I was in class and in her broken English, managed to purchase a pair of Prom Tickets, knowing my excitement for it. As soon as I found out I had tickets after getting pulled-in to see the Guidance Counselor (I thought I was in trouble!), I was overjoyed and knew exactly who I’d ask as my date – one of my Best Friends Dani, who was ahead of me a year. I had fast-tracked ahead to an OAC (Grade 13) Sociology Course and remember having the most amazing time sitting beside her in class. She was so bright, pretty, eloquent and a strong character – actively involved in many extra-curricular activities, like Student Council. We would make each other Mix Tapes and to this day I can remember all the songs she recorded for me.  She gave me an eclectic mix ranging from R.E.M. to Rod Stewart.  Mine to her usually had Madonna on them – which actually is kinda hilarious considering how age-inappropriate her Music was.

Although I was extremely appreciative of my Mom’s gesture, I felt terrible the more I thought about what sacrifice going to the Prom meant for my Parents. I knew my Mom already was on Disability at work from an injury. My Dad was recovering from his Heart Attack and at a financial loss after he had to give up his dreams of owning a Restaurant since falling ill.  Despite my efforts fundraising for my Vocal Jazz Ensemble’s trip to Banff, any remaining savings I had went already to that Trip. My Parents also were paying for my boarding at the time since they had just bought a new home, meaning I would have had to change High Schools for my final year – something I wasn’t willing to do since I loved my School so much.

I came to realize that attending Prom wasn’t going to be a reality and I had to break the news to Dani that I would refund the tickets and give the money back to my Mom.  So back I went to see my Guidance Counselor, begging for her to refund the non-refundable Tickets. Word caught-on and all the Teachers were talking about it.  My History Teacher Mr. Foy, commended me in class for being what he thought was “noble”. Dani handled it so well and it never sat well with me that I couldn’t deliver my promise.

The Premiere tonight gave me a chance to do something I’d wanted to do since High School and after getting the invite to cover the Red Carpet, I knew who exactly I’d be bringing as my Guest if she happened to be free!

See our Prom Photos from tonight:

And guess who joined one of our many Do-Over Prom Photos? ROBBIE AMELL!!!