The 2022 Cannes Film Festival, now in its 75th edition, has officially begun and we’re so thrilled to be a part of the festivities this year! Our Amanda Gilmore is on-foot out on the French Riviera as the Festival runs today through May 28, 2022.

Canada certainly is making its presence felt and even has its own Festival Village! Canada Tent set-up, the Pavillion having been absent for two years. Our Country is represented by CRIMES OF THE FUTURE (David Cronenberg) – which also will be getting a Canadian Premiere in June at TIFF BELL LIGHTBOX – and FALCON LAKE (Charlotte Le Bon).

Academy Award winner Forrest Whitaker in addition to producing Documentary For the Sake of Peace, is receiving an honourary Palme d’Or as well. He says this is the first time he has ever felt internationally-recognized as an Artist!

Some key quotes from the Panel conducted in both French and English. A recurring theme with the Jury is their humility and love of Cinema, helping spotlight talent versus “judging” and “critiquing”, which is refreshing.

Noomi Rapace: “It’s a dream come true. Thank you. Thank you for having me.”.

Rebecca Hall: “Not here was no hesitation it was obviously a tremendous honour.”. On bring a Juror, the Actress/Director says, “I don’t like the word judge…There is a huge responsibility, but also a creative responsibility.”.

Deepika Padukone: “We made a promise to each other that we won’t burden ourselves with the responsibility.”. The Bollywood icon tells the room, “Cinema is such a powerful tool and medium it has the ability to impact people’s lives.”.

Joachim Trier: “Together we will have some really interesting and difficult conversations.”. The Director of acclaimed THE WORST PERSON IN THE WORLD also reveals, “I’m looking forward to watching 21 movies.”.

Jeff Nichols: “I once waited tables at the American Pavilion and someone tipped me a ticket and I was blown-away by how beautifully this Festival honours Filmmakers.”. Nichols, excited like Trier about seeing some movies says, “I guarantee you I will watch every single one of these films with the same energy and awe as when I was 21. “.

A view of the Grand Auditorium Louis Lumière Red Carpet:

TOP GUN: MAVERICK also will get is eagerly-awaited Premiere tomorrow night. See this amazing installation set-up to celebration the Blockbuster!

Bookmark this link and check daily as we will be bringing you your latest Reviews from Cannes!

So excited to deliver you our coverage on the world stage!

“Constellation” will star Rapace as ‘JO,’ a woman who returns to Earth after a disaster in space — only to discover that key pieces of her life seem to be missing. The action-packed space adventure is an exploration of the dark edges of human psychology, one woman’s desperate quest to expose the truth about the hidden history of space travel and for her to recover all that she has lost.

#FIRSTLOOK: “YOU WON’T BE ALONE” TRAILER

Official Sundance selection YOU WON’T BE ALONE stars Noomi Rapace and you can catch the just-released Trailer here.

Set in an isolated mountain village in 19th century Macedonia, YOU WON’T BE ALONE follows a young girl who is kidnapped and then transformed into a witch by an ancient spirit. Curious about life as a human, the young witch accidentally kills a peasant in the nearby village and then takes her victim’s shape to live life in her skin. Her curiosity ignited, she continues to wield this horrific power in order to understand what it means to be human.

#GIVEAWAY: ENTER FOR A CHANCE TO WIN A DIGITAL DOWNLOAD OF “THE SECRETS WE KEEP”

Elevation Pictures x Mr. Will want to give Readers a chance to win a Digital Download of THE SECRETS WE KEEP!

In post-WWII America, a woman (Noomi Rapace), rebuilding her life in the suburbs with her husband (Chris Messina), kidnaps her neighbor (Joel Kinnaman) and seeks vengeance for the heinous war crimes she believes he committed against her. Directed by Yuval Adler from a script by Ryan Covington and Yuval Adler.

Enter for a chance to #win a Digital Download of #TheSecretsWeKeep!

Elevation Pictures release THE SECRETS WE KEEP on Digital and On-Demand Friday, October 16, 2020. 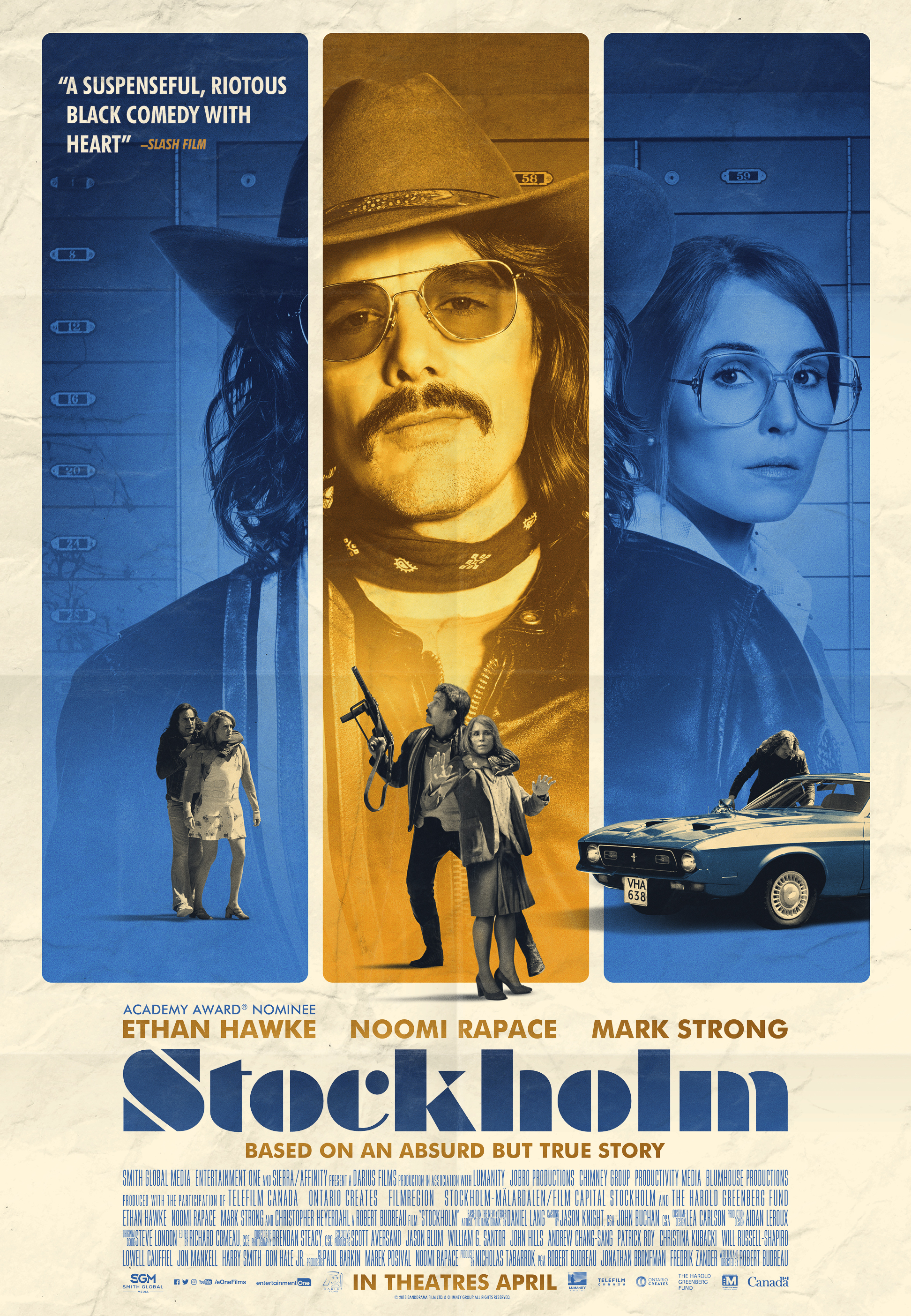 Synopsis:
STOCKHOLM is based on the absurd but true story of a 1973 bank heist and hostage crisis documented in the 1974 New Yorker article “The Bank Drama” by Daniel Lang. The film follows Lars Nystrom, (Ethan Hawke) who dons a disguise to raid a central Stockholm bank. He then takes hostages in order to spring his pal Gunnar (Mark Strong) from prison. One of the hostages includes Bianca (Noomi Rapace), a wife and mother of two. Negotiations with detectives hits a wall when (at the request of the Prime Minister) the police refuse to let Lars leave in a getaway car with the hostages. As hours turn into days, Lars alternates between threatening the hostages and making them feel comfortable and secure. The hostages develop an uneasy relationship with their captor, which is particularly complex for Bianca, who develops a strong bond with Lars as she witnesses his caring nature. This connection gave rise to the psychological phenomenon known as “Stockholm Syndrome.”

A new Trailer has surfaced for this Holiday’s must-see Action Flick BRIGHT teaming again Director David Ayer and Will Smith after their smashing success with Suicide Squad.

Synopsis:
Set in an alternate present-day, this action-thriller directed by David Ayer (Suicide Squad, End of Watch, writer of Training Day) follows two cops from very different backgrounds (Ward, a human played by Will Smith, and Jakoby, an orc played by Joel Edgerton) who embark on a routine patrol night that will ultimately alter the future as their world knows it.  Battling both their own personal differences as well as an onslaught of enemies, they must work together to protect a thought-to-be-forgotten relic, which in the wrong hands could destroy everything.