It’s been a while, but with theatres open again in cities across Canada, we thought we’d bring these updates back! While theatres are open, we’re seeing a little life coming back at the Box Office with several new releases out, but definitely still off the mark of traditional Summer numbers.

OLD takes top spot at the Box Office. The latest Horror-Thriller from M. Night Shyalamalan rakes-in $16.5 million from 3,355 theatres across North America for Universal Pictures. Not bad considering the Film was made for $18 million. The divisive flick gets 52% on the Tomatometer at Rotten Tomatoes.

SNAKE EYES also debuts this weekend. The G.I. Joe origins story starring Henry Golding earns $13.3 million from 3,521 theatres for Paramont Pictures, getting a 42% on the Tomatometer.

BLACK WIDOW in its third week out makes $11.6 million for Disney from 4,250 theatres. It has made $154.8 million in its North American run thus far.

ESCAPE ROOM: TOURNAMENT OF CHAMPIONS in its second week out, gets $3.2 million from 2,815 theatres for Sony Pictures, a tally to date of about $15 million.

A QUIET PLACE: PART II has had a very successful run despite restrictions during COVID, making $1.25 million in its ninth week out for Paramount Pictures. Its total run has seen it earn $152 million. 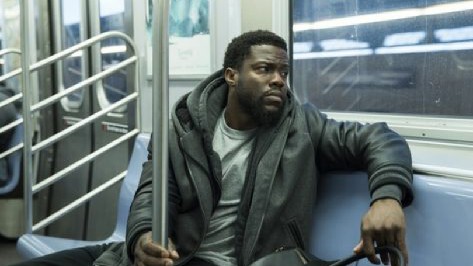 ESCAPE ROOM opens in second with $16.9 million from 2,717 theatres for Sony Pictures. It gets 53% on the Tomatometer and a B CinemaScore.

In third is MARY POPPINS RETURNS with $16.6 million from 4,090 theatres, a total $139.5 million grossed for Disney over three weeks in these parts.

SPIDER-MAN: INTO THE SPIDER-VERSE is in fourth spot with $13.5 million, a total of $134.9 million over four weeks for Sony Pictures.

BUMBLEBEE is in fifth with $13 million, a total$97.3 million for Paramount Pictures in three weeks.

VICE is in seventh spot with $5.6 million, bringing its two-week tally to $29.6 million for eOne Films/Annapurna Pictures.

Sont Pictures Canada x Mr. Will want to take Readers to an Advance Screening of ESCAPE ROOM Wednesday, December 19, 2018 in Toronto and Vancouver.

Synopsis:
ESCAPE ROOM is a psychological thriller about six strangers who find themselves in circumstances beyond their control and must use their wits to find the clues or die. 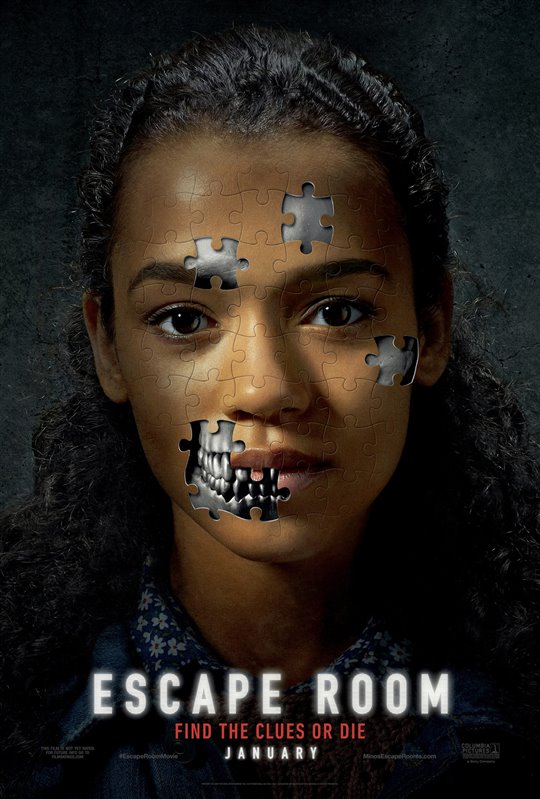