It was a fun week on Global Television‘s The Morning Show (National Edition) as Star of NBC‘s Deception, Katherine LaNasa, flew-in from Los Angeles, finger-in-cast to Co-Host the popular program.  Accompanying her was Husband and Melrose Place Star Grant Show, who joined as Co-Host mid-week, taking-in some fun this week which included scantily-clad Models, Cocktails, Bedazzling and Grilling – yes, Grilling amidst the massive Snowstorm our City is facing.  Yes, it was the Shows in the Snow.

Today marked the final day the Couple would be appearing after a week-long visit which also included them taping a Segment for Entertainment Tonight Canada also at The Cupcake Shoppe, airing on Valentine’s Day. LaNasa said on The Morning Show, “I actually don’t mind the snow – we rarely get to see it!”, hinting that gladly she’d on for another week if she could.

Show who married LaNasa last Summer, yesterday helped bedazzle a Lucky Clover on LaNasa‘s middle finger, which currently is in a cast still after an injury filming the Season Finale of Deception.  He revealed that they went on their first date on St. Patrick’s Day at a Bar named The Happy Ending, clarifying “there was no ‘happy ending’ that night”.  He also mentioned that currently he’s working on Lifetime Series Maids, from Creator Marc Cherry, who brought us the amazing Desperate Housewives.  The Series is about four sexy Latina Maids with dreams of their own, while they work for the Rich and Famous in Beverly Hills.   Newly-launched Station Lifetime Canada, which also is owned by Shaw Media (coincidentally also the owner of Global Television which airs Deception in Canada) is expected to air the Series later this year.

The amazing LaNasa was sweet enough to arrange a Photo Op together with her Husband for Billy and me  following her Taping today, pulling us in from the Snow and wouldn’t you say it turned-out just beautifully? Glittery snow, smiling faces, squinty eyes and a Dog in Faux Fur! 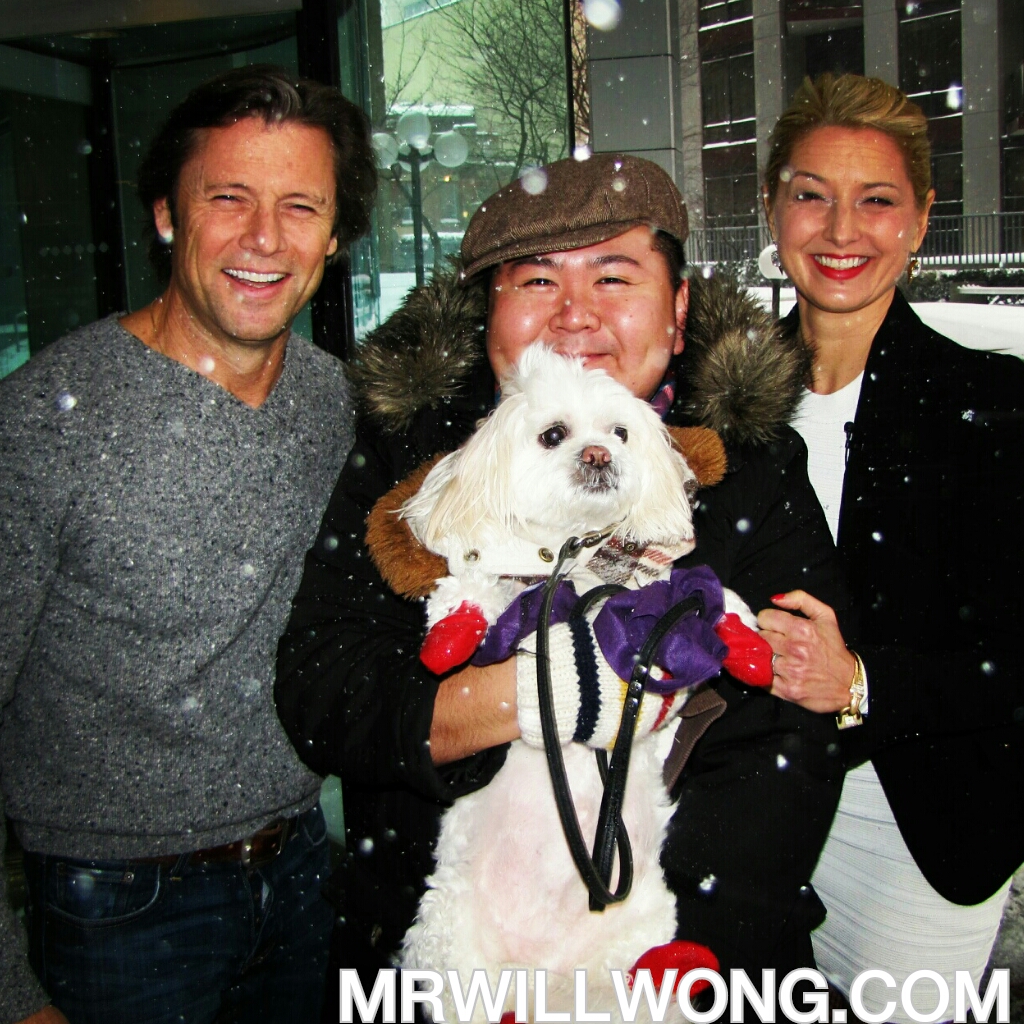 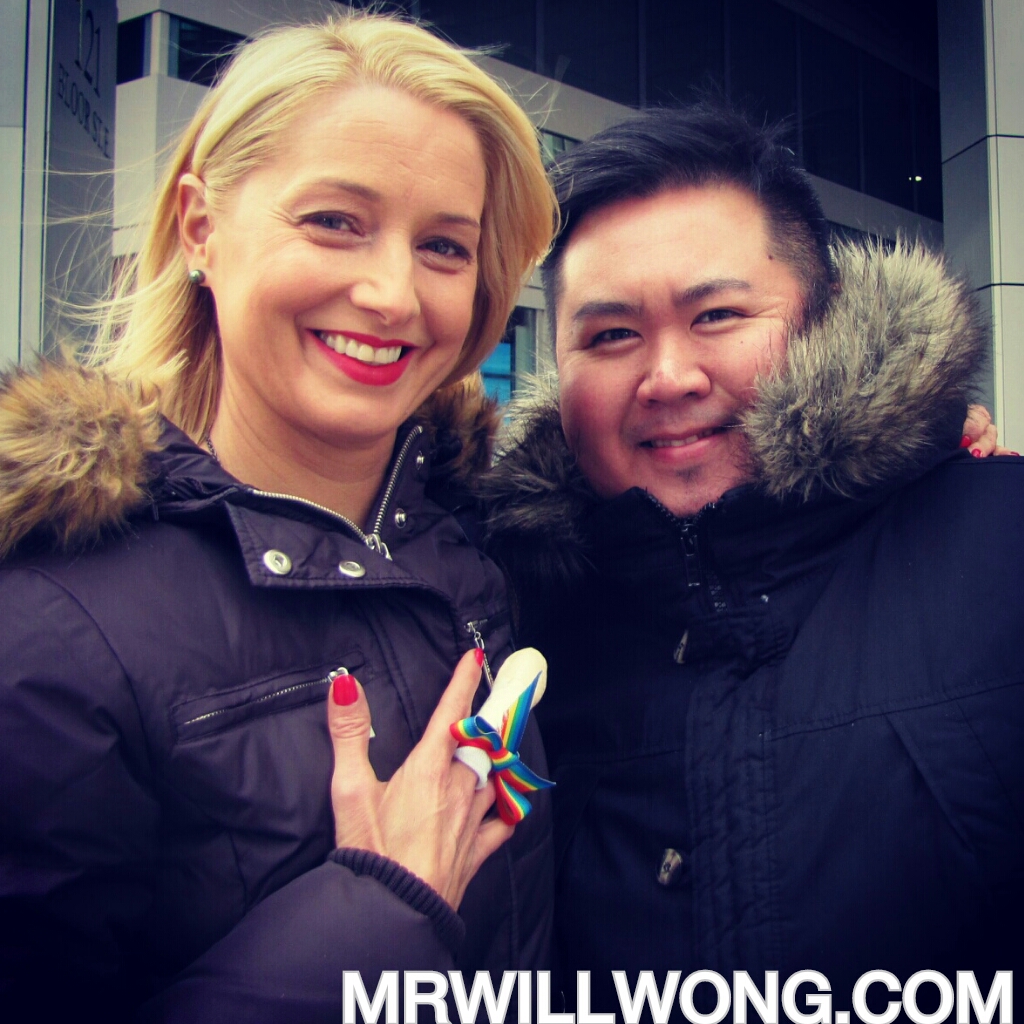