In an historic event, AVENGERS: ENDGAME knocks it way out of the ballpark with a $356 million opening this weekend in its debut at the Box Office! It plays at 4,662 theatres (widest release of all time) for Disney/Marvel and along with those numbers comes great acclaim, as it reaches 96% on the Tomatometer for Critics, while achieving a super-rare A+ CinemaScore. The previous highest opening of all time in North America belonged to 2018’s AVENGERS: INFINITY WAR with a $257.6 million debut and it might a while before we see another Film open to these numbers. In Canada, it sets a record as the highest opening ever for a Film according to Walt Disney Studios Motion Pictures Canada, taking-in $28.9 million. Globally, it will hit $1.2 billion+ this weekend.

CAPTAIN MARVEL gets a bit of resurgence, bit still a v. distant second, with $8.3 million from 2,435 theatres for Disney/Marvel also, bringing its run to $413.8 million domestically over eight weeks.

THE CURSE OF LA LLORONA lands in third with $7.8 million for Warner Bros., a two week total of $41.5 million in North America.

BREAKTHROUGH places fourth with $7.2 million it its second week, a total $27 million in two weeks for 20th Century Fox

PENGUINS rounds-out the Top Ten with $1.1 million, a total $5.7 million grossed for Disney over two weeks.

This Documentary follows 2018 Nobel Prize winning scientist Jim Allison and his visionary quest to find a cure to Cancer by prompting a patients own immune system into defeating their disease.

The most essential element in any Documentary is finding an interesting person and compelling enough a story. Breakthrough has got those two key ingredients along, with a talented Filmmaker to bring this aspiring and hopeful story to the world. This Film tells Allison’s story in an entertaining and educational way.

Breakthrough screens at SXSW on March 9 at 1:45PM at Atom Theatre at Austin Convention Centre, March 12 at 7:45PM at Alamo Lamar D, and March 14 at 8:45PM at Zach Theatre.

20th Century Fox Canada x Mr. Will want to give Readers a chance to attend an Advance Screening of BREAKTHROUGH in Toronto. Screening is as follows:

BREAKTHROUGH is based on the inspirational true story of one mother’s unfaltering love in the face of impossible odds. When Joyce Smith’s adopted son John falls through an icy Missouri lake, all hope seems lost. But as John lies lifeless, Joyce refuses to give up. Her steadfast belief inspires those around her to continue to pray for John’s recovery, even in the face of every case history and scientific prediction. From producer DeVon Franklin (Miracles from Heaven) and adapted for the screen by Grant Nieporte (Seven Pounds) from Joyce Smith’s own book, BREAKTHROUGH is an enthralling reminder that faith and love can create a mountain of hope, and sometimes even a miracle. 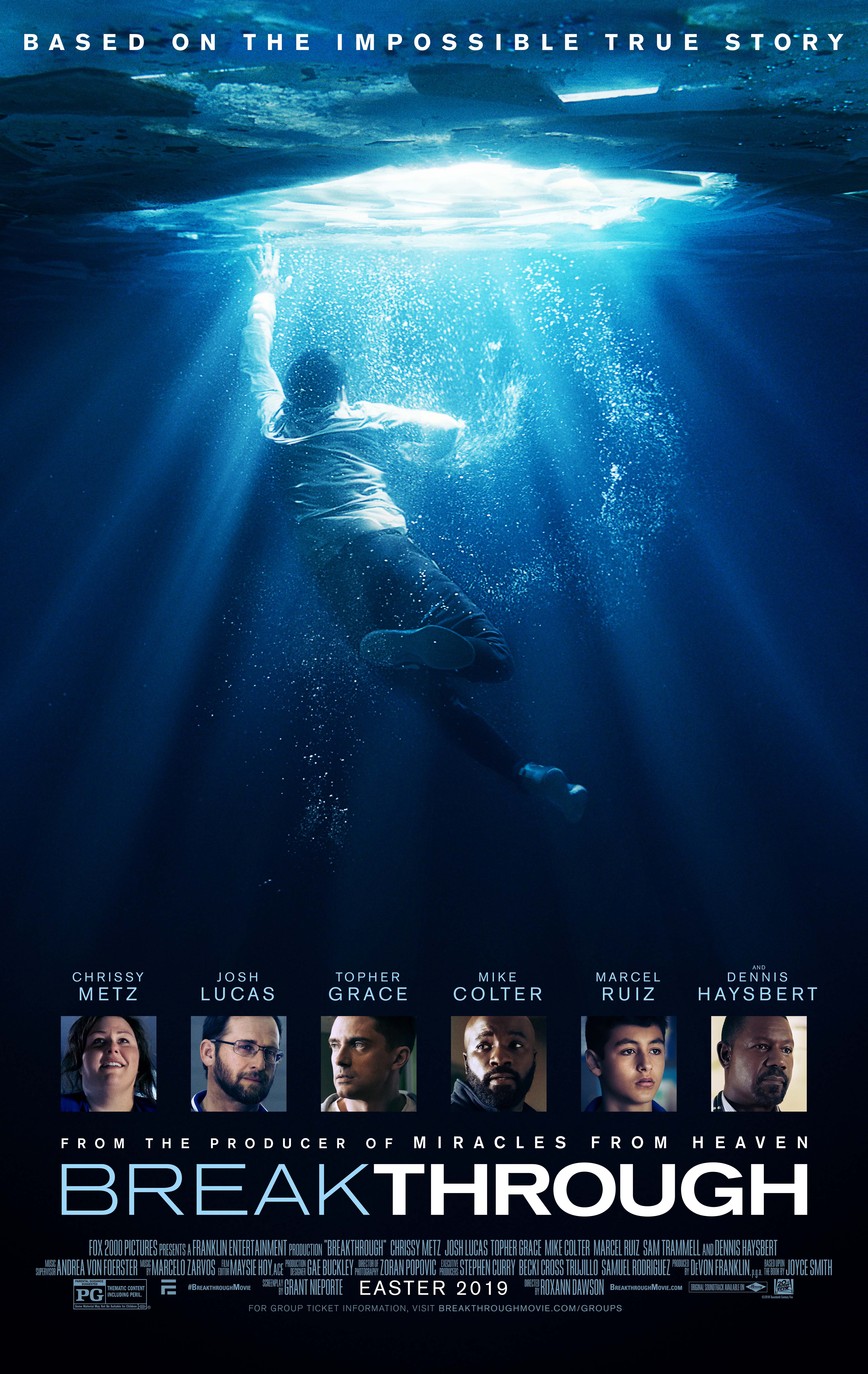