In an historic event, AVENGERS: ENDGAME knocks it way out of the ballpark with a $356 million opening this weekend in its debut at the Box Office! It plays at 4,662 theatres (widest release of all time) for Disney/Marvel and along with those numbers comes great acclaim, as it reaches 96% on the Tomatometer for Critics, while achieving a super-rare A+ CinemaScore. The previous highest opening of all time in North America belonged to 2018’s AVENGERS: INFINITY WAR with a $257.6 million debut and it might a while before we see another Film open to these numbers. In Canada, it sets a record as the highest opening ever for a Film according to Walt Disney Studios Motion Pictures Canada, taking-in $28.9 million. Globally, it will hit $1.2 billion+ this weekend.

CAPTAIN MARVEL gets a bit of resurgence, bit still a v. distant second, with $8.3 million from 2,435 theatres for Disney/Marvel also, bringing its run to $413.8 million domestically over eight weeks.

THE CURSE OF LA LLORONA lands in third with $7.8 million for Warner Bros., a two week total of $41.5 million in North America.

BREAKTHROUGH places fourth with $7.2 million it its second week, a total $27 million in two weeks for 20th Century Fox

PENGUINS rounds-out the Top Ten with $1.1 million, a total $5.7 million grossed for Disney over two weeks.

Walt Disney Studios Motion Pictures Canada x Mr. Will want to give Readers a chance to attend an Advance Screening of Disneynature’s Penguins. The Screening will take place the morning of Saturday, April 13, 2019 in Toronto, Vancouver, Calgary, Edmonton.

Synopsis:
Disneynature’s all-new feature film “Penguins” is a coming-of-age story about an Adélie penguin named Steve who joins millions of fellow males in the icy Antarctic spring on a quest to build a suitable nest, find a life partner and start a family.  None of it comes easily for him, especially considering he’s targeted by everything from killer whales to leopard seals, who unapologetically threaten his happily ever after. From the filmmaking team behind “Bears” and “Chimpanzee,” Disneynature’s “Penguins” opens in theatres nationwide in time for Earth Day 2019. 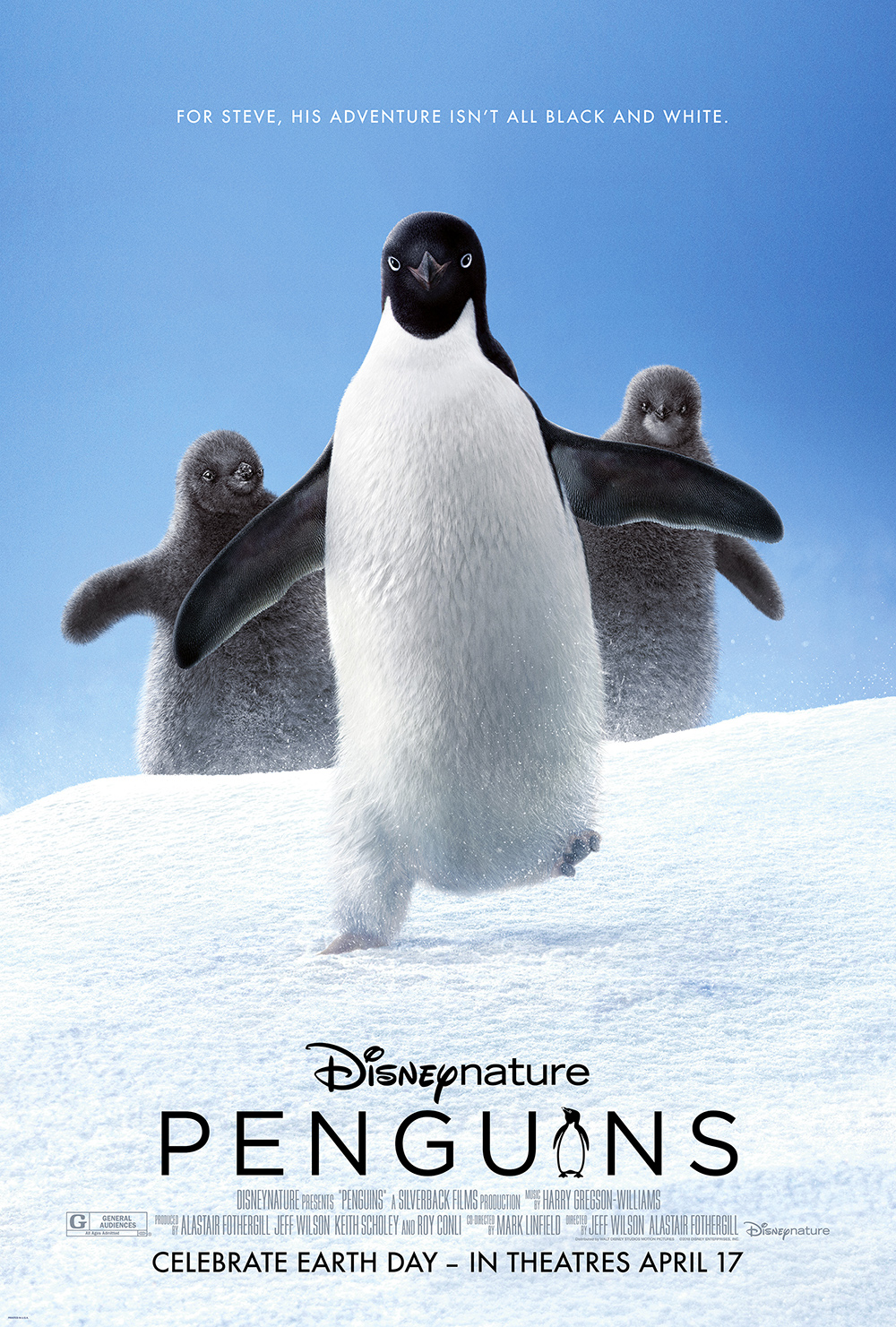