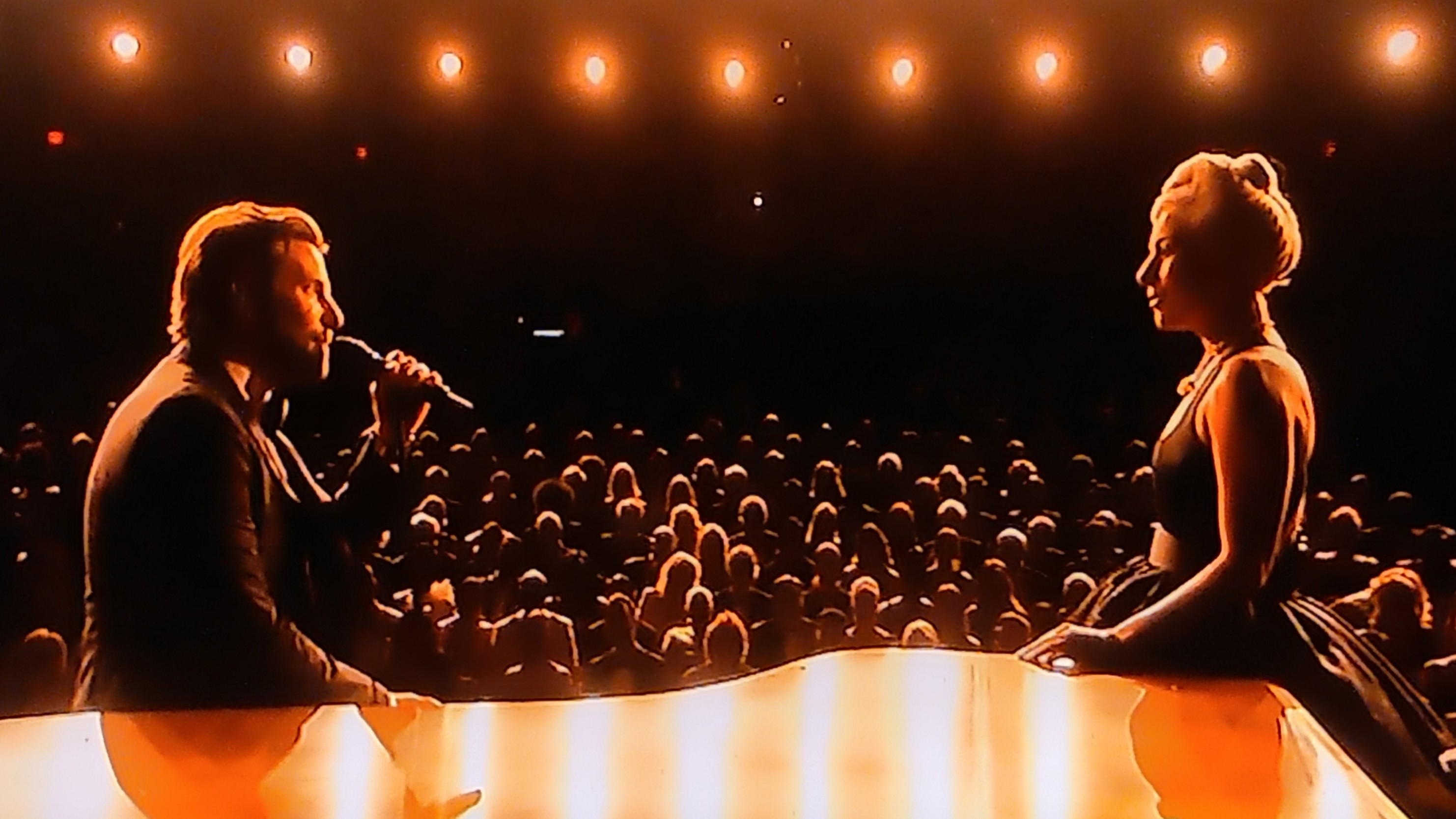 Diversity and inclusion were front and center at this year’s 76th annual Golden Globe Awards, taking place at the Beverly Hilton International Ballroom.  Hosted by Andy Samberg and now two-time Golden Globe winner, Ottawa-born Actress Sandra Oh, the Awards more than ever before saw representation. Oh who won Best Actress in a Television Series – Drama for Killing Eve, took a moment early in the broadcast, fighting back tears to say, “I wanted to be here to look out into this audience and witness this moment of change. And I’m not fooling myself. I’m not fooling myself. Next year can be different, it probably will be, but right now, this moment is real.”.

Glenn Close won her third Golden Globe Award for her work in THE WIFE, garnering her Best Lead Actress in a Motion Picture – Drama.

Jeff Bridges was honoured with the Cecil B. DeMille Award for this contributions to the world of Entertainment and earlier in the evening Funnywoman Carol Burnett was honoured with an eponymous award also for her trailblazing achievements and accomplishments.

Some of the evening’s most memorable looks included Lady Gaga in a Valentino nod to Judy Garland and Tiffany & Co. jewelry, Gemma Chan (Crazy Rich Asians) in Valentino, Julia Roberts in a Stella McCartney pantsuit and newcomer Kiki Layne in Dior.

RALPH BREAKS THE INTERNET continues to run the game at the Box Office with a decisive $25.1 million from 4,017 theatres in its second week out for Disney. In total it has grossed $118.6 million over two weeks.

In third is CREED II with $16.4 million for Warner Bros., a total $80.7 million in two weeks domestically.

BOHEMIAN RHAPSODY continues to go strong in fifth with $7.9 million, now in its fifth week out, a total $164.2 million for 20th Century Fox.

THE POSSESSION OF HANNAH GRACE debuts in seventh with $6.1 million for Sony Pictures. It gets 19% from Critics on the Tomatometer and a C- CinemaScore.

Rounding-out the Top Ten is Oscar Contender, GREEN BOOK with $4.1 million from 1,065 theatres for Universal Pictures. It has made $14.2 across North American over two weeks.

Just like its 2016 Predecessor, FANTASTIC BEASTS AND THE CRIMES OF GRINDELWALD debuts atop the Box Office with $63.5 million from 4,163 theatres for Warner Bros. It gets only 40% on the Tomatometer and a B+ CinemaScore, while that last Film in the Franchise opened with $74.4 million, besting this new instalment.

THE GRINCH continues to be highly-bankable for Universal Pictures, slipping to second spot this weekend with an stellar $38.2 million.  Its two-week tally comes to $126.5 million domestically.

BOHEMIAN RHAPSODY lands in third with $15.5 million for 20th Century Fox, a total $127.6 million in its third week out.

In fourth is new release INSTANT FAMILY starring Mark Wahlberg and Rose Byrne with $13 million from 3,286 theatres for Paramount Pictures. It gets both a 80% on the Tomatometer and an A CinemaScore, which  might give it some longevity heading into U.S. Thanksgiving.

WIDOWS opens in fifth with $11.9 million for 20th Century Fox from 2,803 theatres. The Film from Oscar-winning Filmmaker Steve McQueen, gets an outstanding 91% on the Tomatometer, but oddly only a B CinemaScore.

NOBODY’S FOOL rounds-out the Top Ten with $2.1 million, a total $28.7 million it its domestic run for Paramount Pictures.

#BOXOFFICE: “THE GRINCH” STEALS THE MONEY IN OPENING!

THE GRINCH definitely stole the Box Office! The latest incarnation of the Holiday Classic debuts atop the Box Office with a stellar $66.2 million from 4,141 theatres for Universal Pictures. Starring Benedict Cumberbatch in the title role, the Film gets 54% on the Tomatometer and an A- CinemaScore from Audiences.

In second is last week’s champ BOHEMIAN RHAPSODY with $30 million from 4,000 theatres for 20th Century Fox. Over two weeks it has grossed just shy of $100 million in North America.

Third spot goes to OVERLORD which gets $10.1 million from 2,859 theatres for Paramount Pictures. The R-rated Horror gets 81% on the Tomatometer winning several raves including the highest endorsement with Stephen King even Tweeting about it. Audiences gave it a B CinemaScore.

THE GIRL IN THE SPIDER’S WEB debuts in fourth with $8.8 million for Sony Pictures,  getting 44% on the Tomatometer and a B CinemaScore. Its Predecessor, THE GIRL WITH THE DRAGON TATTOO fared a similar fate in returns opening with $12.7 million back in 2011, although reviews for the Stieg Larsson Adaptation were much strong at 86% on the Tomatometer and an A CinemaScore.

A STAR IS BORN is sixth with $8 million for Warner Bros., edging ever closer to that $200 million-mark.

THE HATE U GIVE rounds-out the Top Ten with $1.9 million for 20th Century Fox, a six week tally of $26.5 million domestically.

Moviegoers rocked-out to BOHEMIAN RHAPSODY this weekend, debuting atop the Box Office with $48.9 million from 4,000 theatres for 20th Century Fox. The Freddie Mercury Biopic gets 59% on the Tomatometer and an A CinemaScore, with its star Rami Malek getting major Awards Season buzz for his portrayal. The Film was made for $48 million.

In second is another debut, THE NUTCRACKER AND THE FOUR REALMS for Disney with $20.2 million, from 3,766 theatres. The Film starring Mackenzie Foy, Keira Knightley and Helen Mirren, gets 35% on the Tomatometer and an A CinemaScore.

In third is Paramount Pictures Comedy NOBODY’S FOOL with $13.8 million from 2,468 theatres. It gets 25% on the Tomatometer and an A- CinemaScore.

HALLOWEEN is in fourth with $11.1 million for Universal Pictures, a total $150 million over four weeks domestically.

Rounding things out is SMALLFOOT with $3.1 million for Warner Bros., a total $76.7 million to-date. 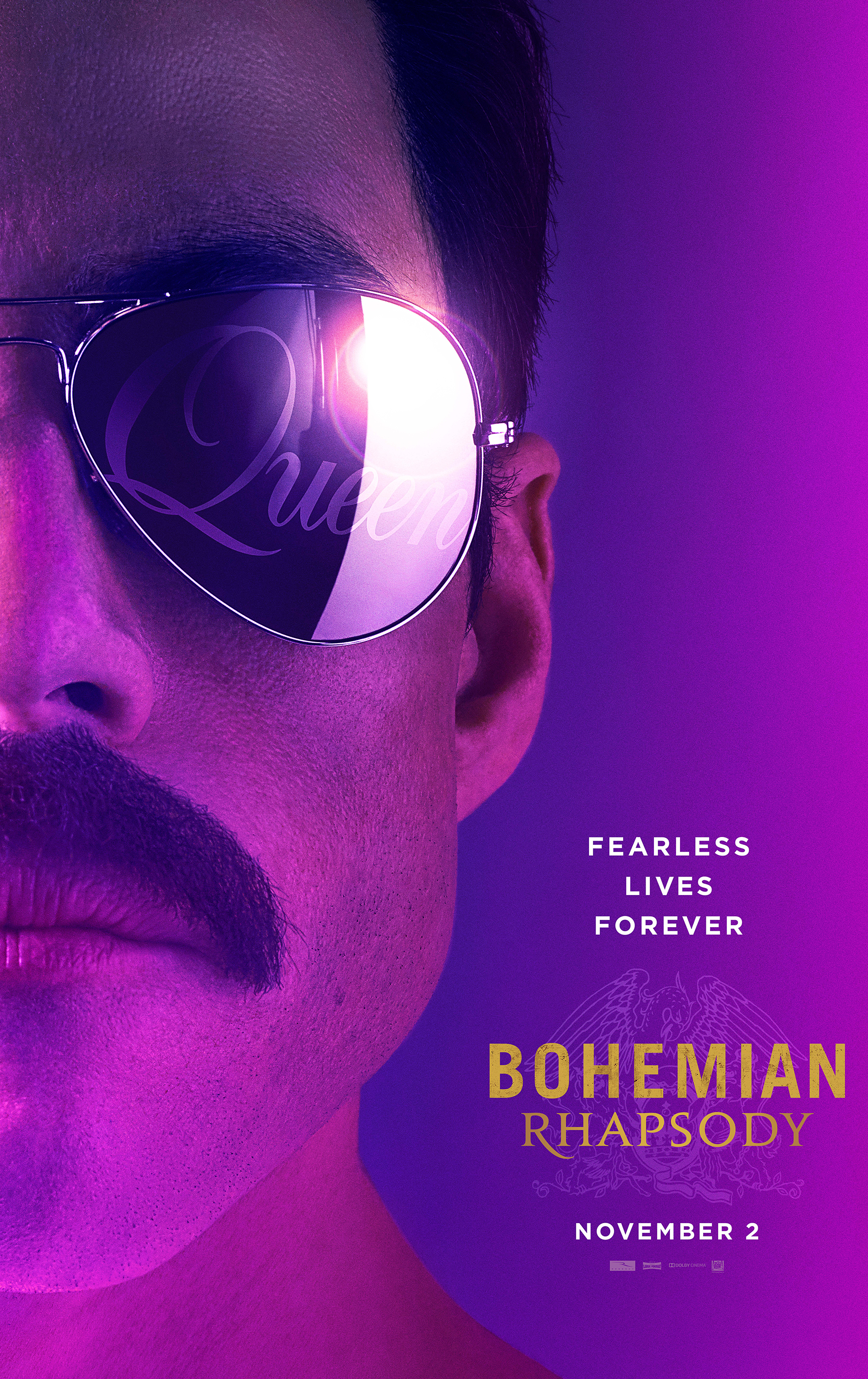