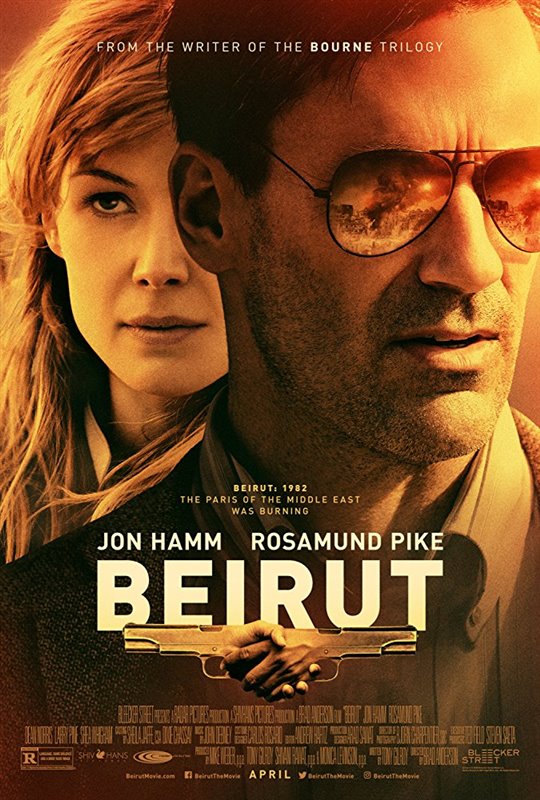 On day five at the Sundance Film Festival the weather cleared up and people flocked to the cinemas.

There were two major Premieres tonight. One was for Ophelia and the other Beirut. Ophelia follows the same storyline as the play Hamlet but told through the Ophelia’s perspective. It has a huge Cast consisting of Daisy Ridley, Naomi Watts, Clive Owen, Tom Felton and George McKay.  Beirut is about a U.S diplomat who is called back to Beirut by CIA Operatives after fleeing Lebanon in 1972. It stars Rosamund Pike and Jon Hamm.

There were also plenty of screenings happening in Park City tonight and plenty of buzz surrounding certain Films. The Tale about a woman remembering her first sexual experience and the lies she told herself about it, staring four-time Golden Globe winner Laura Dern, is garnering major buzz around the Festival. Two other Films that have screened and impressed audiences have been Eighth Grade and We The Animals. Eighth Grade follows a girl in her final year of middle school. And We The Animals is about three young boys coming of age while pushing against the volatile love of their parents. Look out for those three Fims throughout the year because they are sparking the most interest at Sundance, so far. Perhaps we will see them even at TIFF?

The final week of the festival is upon us, with plenty of more Films to see. Check back as we continue delivering Reviews of the most buzzed Titles.