VVS Films x Mr. Will want to give Readers a chance to win Family Packs of four passes to an Advance Screenings take place on Saturday, April 27, 2019 as follows: 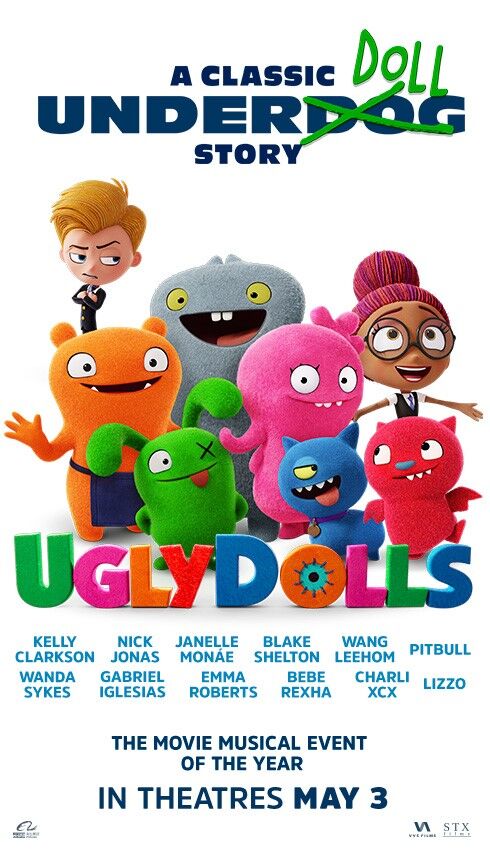 Even though they were pushed back a bit this year, it was better late than never for the 2018 iHeartRadio Much Music Video Awards. The event celebrating the tastes of Canadian Music fans, took over Bell Media headquearters at 299 Queen Street saw headliners Shawn Mendes, Halsey,  5 Seconds of Summer, Alessia Cara and more perform before a live outdoor audience, seen across the country on CTV.  The fixture held annually on Father’s Day, was pushed back till now.

Filling hosting duties was Awkwafina, Star of Box Office hits OCEAN’S 8 and CRAZY RICH ASIANS joking with the audience how she has the voice of a wrestler and the body of a Pikachu.

We were out and about sighting the stars and see who we saw!

More on the winners here.

Isn’t it cool that one of this Holiday’s biggest Films can be watched right at home? Netflix‘s BRIGHT reuniting Suicide Squad Director David Ayer and Will Smith, is set for a Christmas release. Betcha didn’t know that its Soundtrack also is going to be a Blockbuster event too!

Surfacing from the BRIGHT SOUNDTRACK is the brand-new single HOME with X Ambassadors, Bebe Rexha and Machine Gun Kelly!

#SPOTTED: BEBE REXHA BRINGS HER “ALL YOUR FAULT” TOUR TO THE PHOENIX IN TORONTO

Bebe Rexha over past few years has stamped herself as one to watch and finally tonight in Toronto she headlined her own first show at The Phoenix Concert Hall as part of her All Your Fault Tour.  Known primarily as the vocals on smash hits like Martin Garrix‘s In The Name of Love, G-Eazy‘s Me, Myself and I and Nicki Minaj‘s No Broken Hearts, the 27-year-old Albian-American Singer/Songwriter should be familiar in voice even if not by name.  Did you know that she’s penned hits also for the likes of Eminem, Rihanna, Nick Jonas, Selena Gomez, Iggy Azalea and more?

Rexha just in February released her EP, All Your Fault Pt. 1, which is to be followed by a second part later this year, and showcases her skills not only as a vocalist,  but a songwriter on catchy pop anthems I Got You (accompanied by a gorgeous video) and second G-Eazy collaboration, FFF (Fuck Fake Friends), which fans decided in total number of streams should be a follow-up single.

Things are showing no signs of stopping with an upcoming track with red-hot hitmakers The Chainsmokers titled Coldest Summer on the way.

We had the pleasure of meeting Rexha at her The Phoenix show and attended her soundcheck where she sang her hits I Got You and FFF. As you can see below, she really loves her fans, giving them her all even though admittedly the Toronto turnout was a bit lower than some of her other sold-out American stops. One male fan spoke out disrespectfully to her asking “Can I lick your socks?”, to which she handled the situation with grace reminding him there were fans as young as 10-years-old present at the intimate soundcheck.

And just because it’s too beautiful not to be enjoyed, you must see the official video for I Got You:

Don’t forget to check out the just released video for FFF (Ft. G-Eazy):

A special greeting from Rexha and me: