Amazing to be in the presence of royalty. Olympic Royalty, that is! Sisters Chloe, Maxime and Justine Dufour-Lapointe are in Toronto today to tell us all about their medal-winning performances in Moguls Skiing at the 2014 Winter Olympics in Sochi.

The Dufour-Lapointe Sisters were spotted arriving for their appearance at Global Television‘s The Morning Show (National Edition). “No, sorry we don’t have time for Photos or Autographs”, a Handler advised, before eldest Sister Maxine made the decision to snap a quick Photo. Understandably after a long run since returning home from Sochi, they’ve probably fulfilled their share of Fan moments. Although we got photobombed, the were so nice to stop and do a second Snap!  Justine  brought home the gold for Canada this year, while Chloe got us a silver.  Maxime still made us proud making it against the odds to the Olympics! 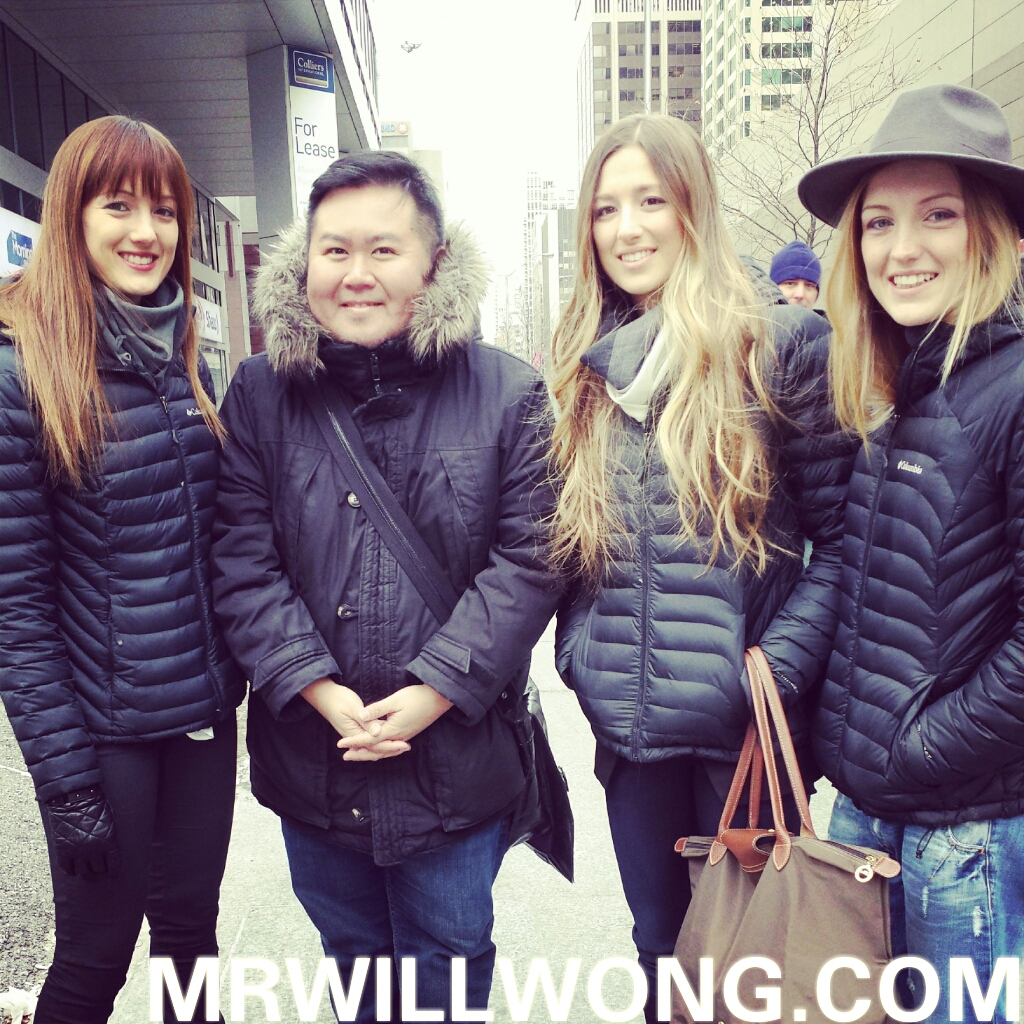