The parade of Stars in Toronto just won’t quit!  In one of the most hectic stretches of Starpower we’ve seen in quite some time in our City,  Entrepreneur and Megastar Jessica Alba, is in-town promoting HONEST  – a Line of toxin-free Household Goods, Diapers, and Bodycare Products which she co-founded with Christopher Gavigan, launched last year.

Alba began her day early, arriving for a morning full of Press at CityTV for appearances on Breakfast Television and Cityline – the latter which celebrates its 1,000th episode today –  before heading-off to CBC for another appearance.  Zipping through an array of different outfits, the Los Angeles-based Star wowed as an Entourage of Beauty Experts were on-hand eagerly ensuring she looked her absolute best.  Watch her Interview on Breakfast Television – Toronto earlier here.

On why she stands behind HONEST, Alba told Host Dina Pugliese, “It’s just not a priority for Government to update the legislation on chemicals. So we as Parents and Entrepreneurs, we get to think ‘What is the ultimate Family Brand? What do I want for my Family and think everyone deserves?'”.  She adds,  “That’s really where this idea came out of.”.

Family Products aren’t the only thing on Alba‘s Agenda though – she has a full slate of Films due out over the course of the next year including Machete Kills in which she is seen briefly; Cuban Missile Crisis-Drama Dear Eleanor; Stretch, a Thriller, in which she stars alongside Chris Pine and Patrick Wilson; and Sin City: A Dame to Kill For, in which she reprises the role of Nancy Callahan.

Alba is scheduled this jam-packed Visit for appearances also on CTV‘s The Marilyn Denis Show and The Social; Global Television‘s The Morning Show (National Edition), CBC‘s Steven and Chris and KISS 92.5‘s The Roz & Mocha Show.  Now that’s what I call work!

Despite being in a rush, Alba stopped to sign a few Autographs for Fans who waited at least three hours for her.  “I don’t have time for Photos, sorry!”, she told me, staring directly at me and Billy.  I suppose this rejection shouldn’t be a surprise though, as such was the case when I spotted Alba in New York City this past May on her way to the Met Gala 🙁  One day! 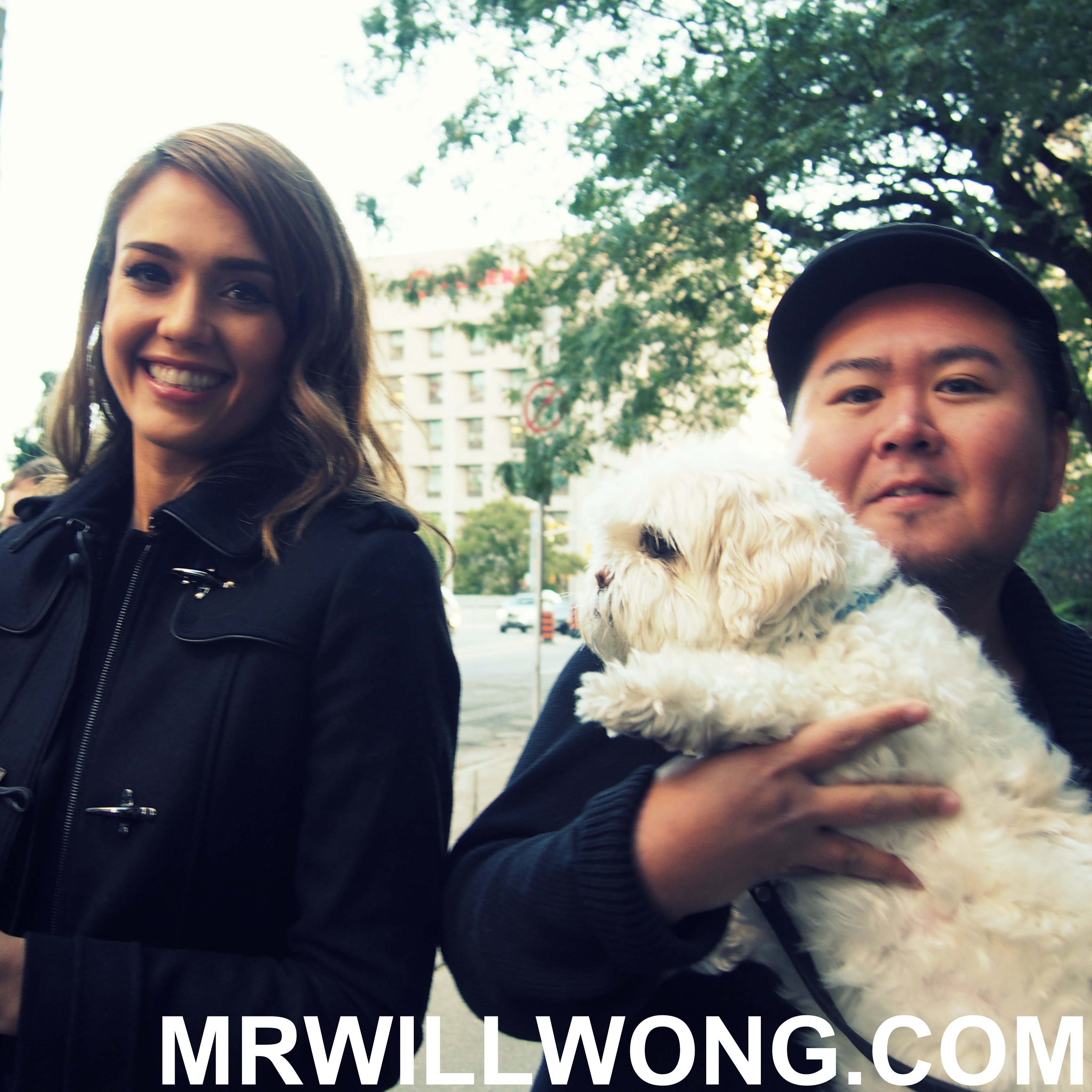