26-year-old Multimedia Mogul Hilary Duff is back in Toronto doing good for our City!  Although traditionally she has visited in December  in recent years to spend some quality time with BFF, E! Television Personality Leah Miller, Duff will be at SickKids Hospital later today handing-out toys to Children as part of Duracell‘s Powering Holiday Smiles Initiative.   The Campaign donates funds generated from battery purchases, towards  the Children’s Miracle Network.  Learn more about it here.

The hopelessly-chic Duff arrived at CITY‘s Breakfast Television today to chat with Dina Pugliese, donning festive gold polka dots on her black blouse. “I’m lucky I have  a name will people pay attention to and get to raise awareness for important causes like this for people going through a hard time, spending their holidays in the Hospital”, says Duff. “Anything for a smile!”.

2014 finally will see new Music from Duff, her first Disc in five years. “I’m finally at a good place where I know the direction. I’m writing  a lot and purging everything that’s been inside these five years.”.    The Album is slated for a Spring 2014 release, of which six Indie-Dance oriented Songs already have been recorded.  She also vows to return to Toronto to promote when the time comes!

Despite calling Toronto her second home, the Mother of 20-month-old Luca plans to spend the Holidays at home in Los Angeles with her Canadian Husband, retired Hockey Star Mike Comrie.

Although at least 50 Fans queued outside hoping to meet Duff outside the Studio, queueing in the cold as early as 6:00 AM, only a few were lucky enough to get a Snap with the style-conscious Star, wearing brightly her trademark smile for Fans.

Digging-back a couple years, I had the pleasure of meeting a radiant Duff while Holiday Shopping this day two years ago, while she was still pregnant with Luca! 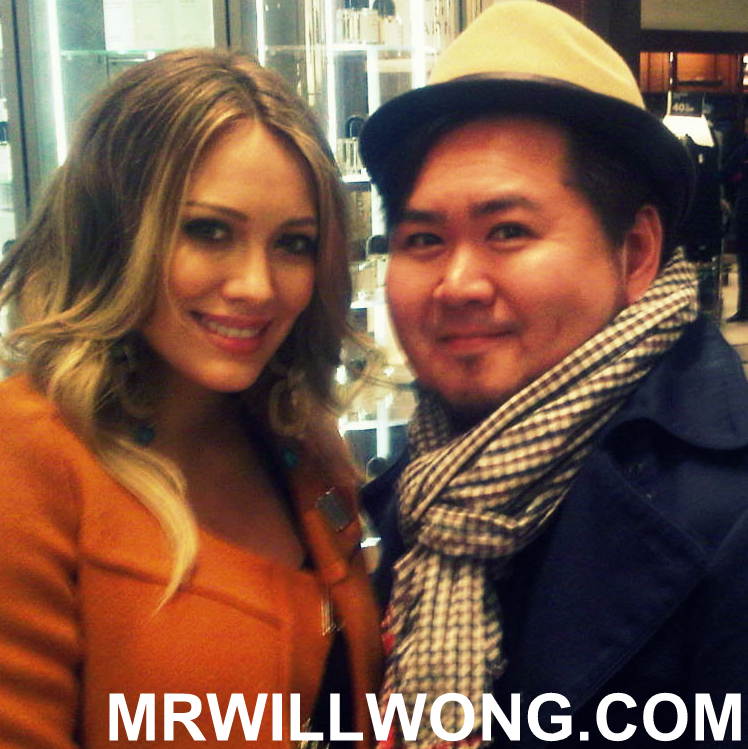