GRAMMY-nominated Electronic Music Producer and internationally-known DJ, Steve Aoki, is in Toronto today promoting his two-Album Series, Neon Future. The California Native has built a huge following touring internationally and has worked with the likes of Lil Jon, Iggy Azalea, LMFAO and will.i.am, among others.

The Son of former Japanese Wrestler and Benihana Founder Rocky Aoki, appeared earlier today on the Morning Show circuit including visits to KISS 92.5, CITY‘s Breakfast Television and Global Television‘s The Morning Show (National Edition). At the latter we caught-up with Aoki, along with another Fan named George, agreeing to get “caked”, a ritual he is famous for.

Aoki took Selfies with us before and after the “caking”! And it was epic and deluscious as the Entire Crew and Hosts watched on. The Team at The Morning Show were nice enough to have towels ready for a quick washdown! Basically, I now smell like Birthday Cake and the frosting left my hair shiny and supple. No complaints. 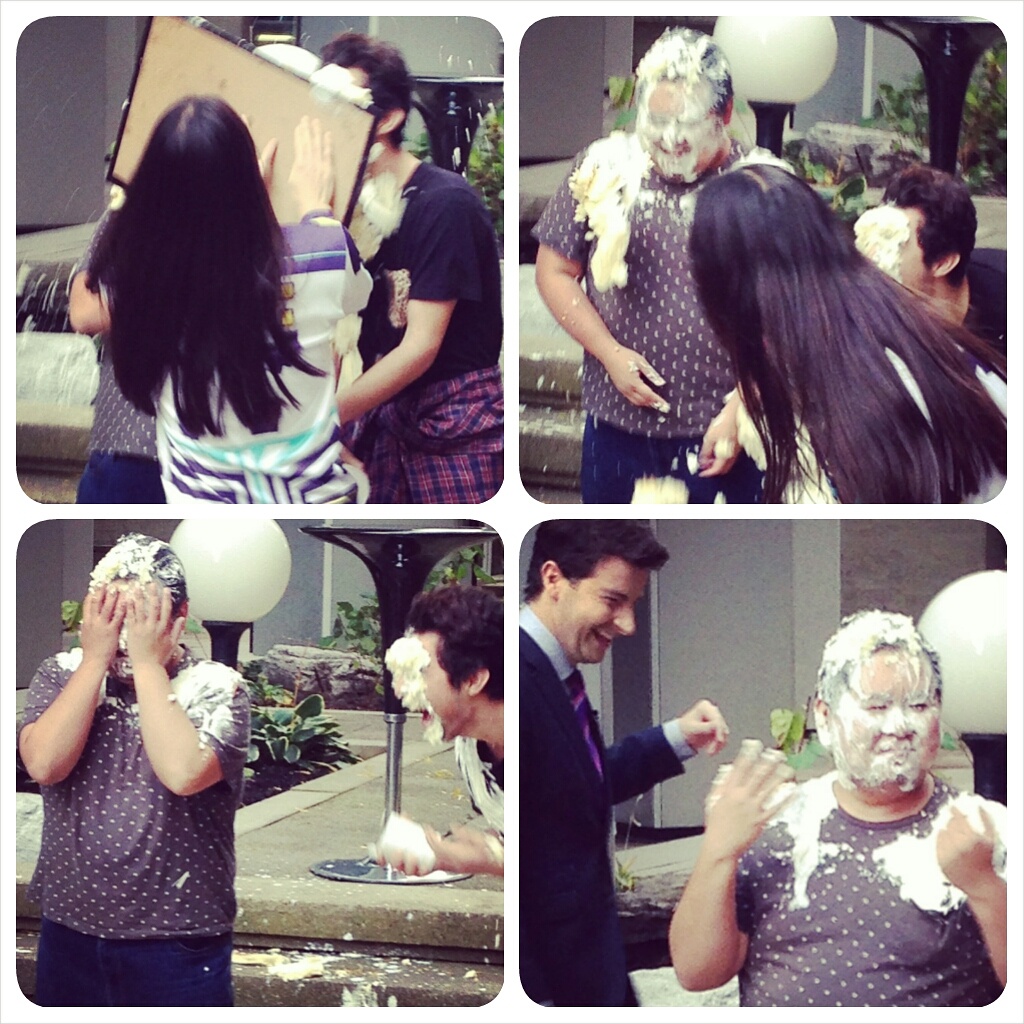 Aoki is later to sign copies of Neon Future at The HMV Underground (333 Yonge Street), 4 PM.