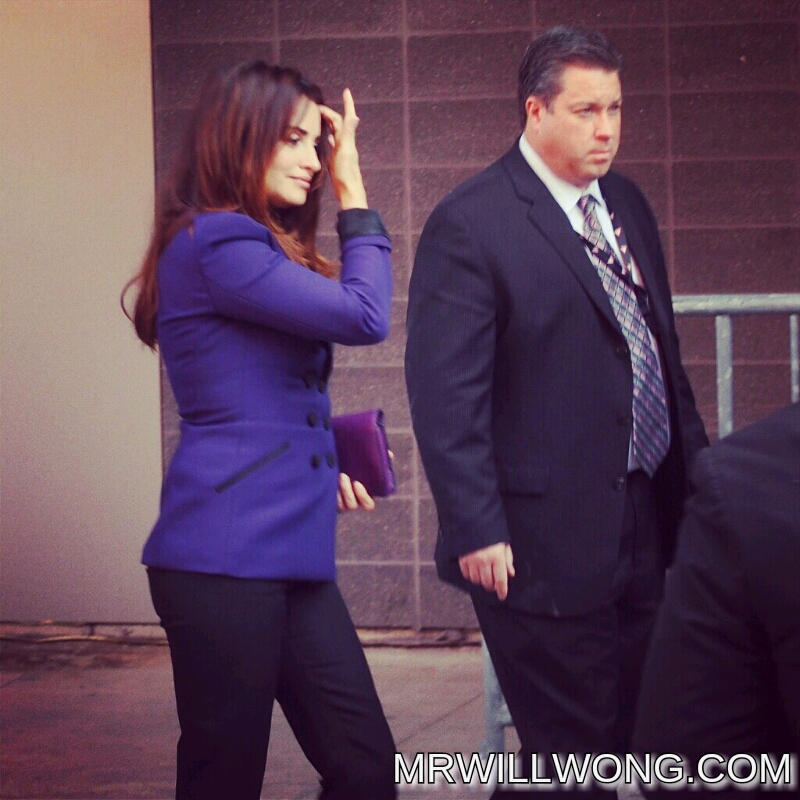 Academy Award-winning Actress Penélope Cruz is every bit as charming in-person as she is on the big screen.  Although, rushed upon arrival of her new Romantic Drama Twice Born, she did promise to come out and sign some Autographs afterward.  Unfortunately though, she first agreed to taking a Photo before her Handler advised there was no time left and then she later told me she had to go. Heartbreak!

Cruz‘s Husband Javier Bardem also currently is in-town doing promotion for his Documentary, Sons of the Clouds: The Last Colony.