SEE YOU AT WOODBINE SUNDAY! 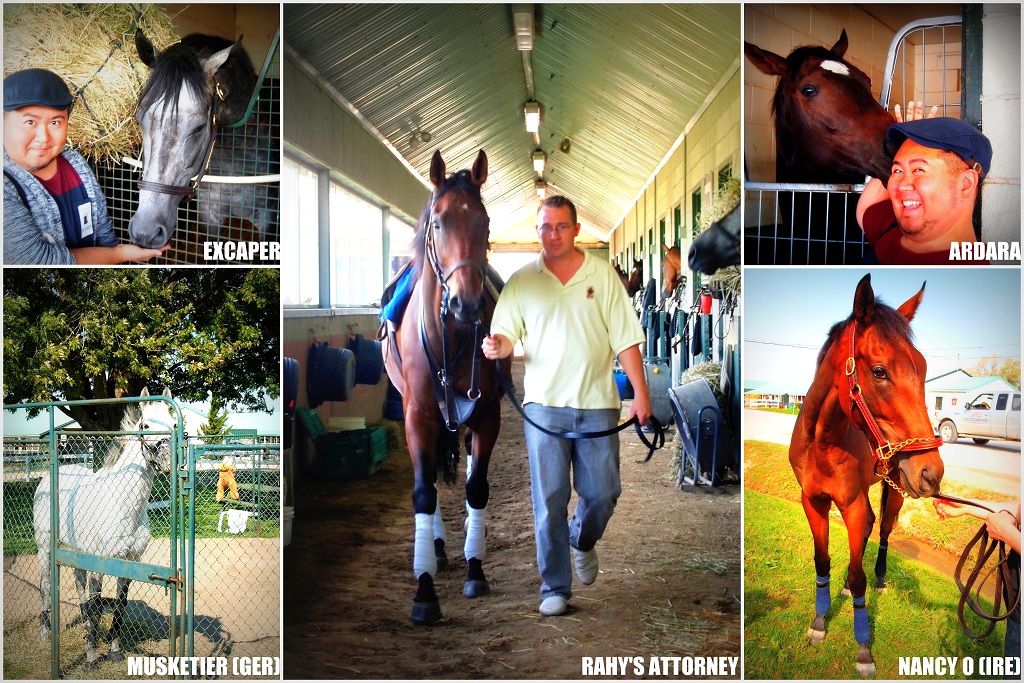 The Countdown is on to Sunday’s $1-million Ricoh Woodbine Mile at Woodbine Racetrack! Canada’s Olympic Gold Medal Trampolinist Rosie MacLennan even came out to join-in on the fun, as Post-Positions were drawn for the Race’s nine Competitors. Meet all your Contenders here!

I spent the morning on the Backstretch with some equine Friends, including previous Woodbine Mile Winner and remarkable Champion, Rahy’s Attorney, who soon will begin a second career at Woodbine as a Track Pony. After spending much time at the Farm recovering from a career-ending injury, the eight-year-old looks superb still and I got to watch him do a quick jog before heading back into his stall.

Although they aren’t competing in the Race, I fell in-love with the lovely Ardara, who at three-years-old just began her Career with a decent fourth-place finish this Summer.  Her Trainer Carolyn Costigan who is in no rush with her, has high hopes with her Champion’s Pedigree. As you can see above, we hit it off rather well after I gifted her with some Peppermint Candies, getting rewarded back with a big, minty kiss!

I also got to meet Costigan‘s diminutive Star two-year-old Filly, Nancy O (Ire), who after a workout this morning, was all focused on winding down, grazing on some grass.  Sweetheart.

I also got to hang with Breeder’s Cup Runner-Up Excaper, who went from bored to excited after a few Peppermints, bobbing his head up and down approvingly. On the way out, I ran into Turf Veteran Musketier (Ger), playing with his giant Teddy Bear in his own little fenced-in VIP Area. If that doesn’t melt your heart, I don’t know what will.

Although all five $25 Gift Cards I had up for grabs in my Party with Mr. Will at Woodbine Contest are all accounted for, I do hope to see you at Woodbine on Sunday for some post-TIFF fun and maybe we can even win a little cash to replenish our wallets!