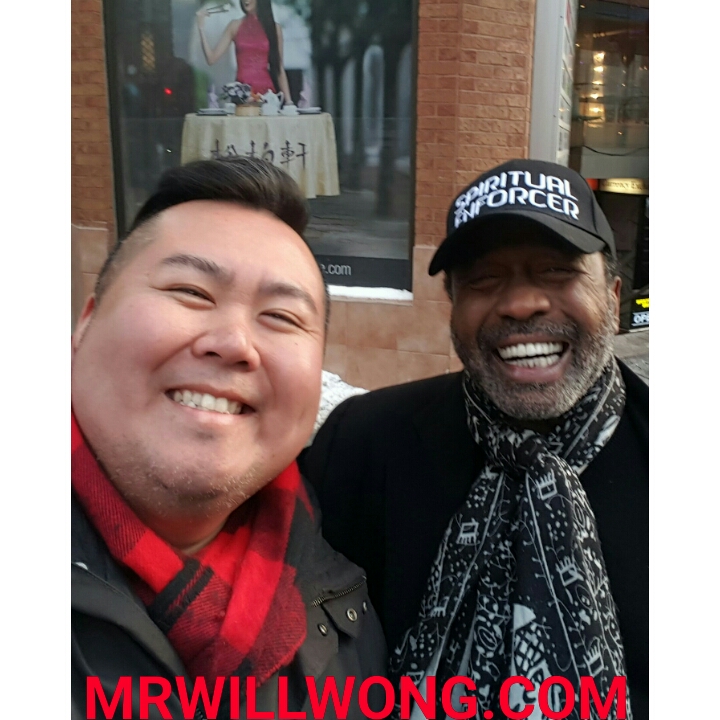 In just over a year, Netflix Original Series ORANGE IS THE NEW BLACK quickly has taken over the World by storm. The ever-popular craze of Bingewatching not only has Fans under house arrest, but quickly it is making Stars out of up-and-coming Actors equally.

Transgender Actress Laverne Cox plays Sophia Burset on the Series, perhaps my favourite of many likeable Characters in the Cast. Just appearing on the cover of TIME Magazine earlier this month – with the distinction of being the first-ever Transgender person to do so – she is in town to appear tonight at an In Conversation With at TIFF Bell Lightbox as part of the World Pride Festivities taking over the City this week. More here.

In addition to acting and looking fabulous always, Cox writes occasionally for The Huffington Post and is an ardent Advocate of Transgender Rights.

Cox graced the Morning Show circuit this morning, appearing bright and early at KISS 92.5‘s The Roz & Mocha Show where Fans were moved to tears by her inspiring words. Shortly after, she made her way to Global Television’s The Morning Show (National Edition). Fans were left disappointed though as Cox opted for Loading Docks and Underground Garages. We were lucky enough to catch-up with an on-the-go Cox who made an exception for one Fan Photo. We are on cloud nine that Billy and I got to meet her.

Netflix streams both Season One and Two of ORANGE IS THE NEW BLACK, available now!

#GIVEAWAY: ENTER TO WIN AN “ORANGE IS THE NEW BLACK” PRIZE PACK INCLUDING AN IPOD TOUCH AND SIX-MONTH MEMBERSHIP TO NETFLIX CANADA!

Trends may come and go, but one thing is for sure, orange is the new black! Netflix Canada and Mr. Will Wong are thrilled to give Readers the chance to win an iPod Touch, a six-month Netflix Canada Membership and even more, an Orange is the New Black Prize Pack including a signed copy of the Novel by Piper Kerman, on which the Series is based. If it’s any indication just how good the Series is, a second Season of already has been green-lit. Even more, Regina Spektor has been confirmed to pen its Theme Song, out on iTunes tomorrow!

Created and Executive-Produced by Jenji Kohan (Weeds) and based on the U.S. best-selling Memoir of the same name by Piper Kerman, the Comedic-Drama starring Taylor Schilling follows engaged-Brooklynite, Piper Chapman (Schilling), whose decade-old relationship with drug-runner Alex (Laura Prepon) results in her arrest and year-long detention in a federal penitentiary. To pay her debt to society, Piper must trade her comfortable New York life with Fiancé Larry (Jason Biggs) for an orange jumpsuit and a baffling prison culture where she is forced to question everything she believes and form unexpected new alliances with a group of eccentric and outspoken inmates. The Series also stars Kate Mulgrew, Natasha Lyonne, Pablo Schreiber, Danielle Brooks, Matt McGorry, Laverne Cox and Taryn Manning.

http://www.mrwillwong.com/orangeisthenewblack @MRWILLW wants us to #win an #OrangeisthenewBlack Prize Pack, an iPod Touch and a six-month #Netflix membership!