Taron Egerton stars in BLACK BIRD, coming soon to Apple TV+. The Series, based on a true story also features the work from a late Ray Liotta.

“Black Bird” stars Taron Egerton as Jimmy Keene, Paul Walter Hauser as Larry Hall, Greg Kinnear as Brian Miller, Sepideh Moafi as Lauren McCauley, and Ray Liotta as Jimmy Keene’s father, Big Jim Keene. The series is adapted from the true crime memoir “In With The Devil: A Fallen Hero, A Serial Killer, and A Dangerous Bargain for Redemption” by James Keene and Hillel Levin.

Inspired by actual events, when high school football hero and decorated policeman’s son Jimmy Keene (Egerton) is sentenced to 10 years in a minimum security prison, he is given the choice of a lifetime — enter a maximum-security prison for the criminally insane and befriend suspected serial killer Larry Hall (Hauser), or stay where he is and serve his full sentence with no possibility of parole. Keene quickly realizes his only way out is to elicit a confession and find out where the bodies of several young girls are buried before Hall’s appeal goes through. But is this suspected killer telling the truth? Or is it just another tale from a serial liar? This dramatic and captivating story subverts the crime genre by enlisting the help of the very people put behind bars to solve its mysteries.

The first two episodes of BLACKBIRD arrive Friday, July 8, 2022 on Apple TV+, with new episodes to come weekly through August 5, 2022.

#GIVEAWAY: ENTER FOR A CHANCE TO WIN A DIGITAL DOWNLOAD OF “CRISIS”

Elevation Pictures x Mr. Will want to give Readers a chance to win a Digital Download of CRISIS!

Three stories about the world of opioids collide: a drug trafficker arranges a multi-cartel Fentanyl smuggling operation between Canada and the U.S., an architect recovering from an OxyContin addiction tracks down the truth behind her son’s involvement with narcotics, and a university professor battles unexpected revelations about his research employer, a drug company with deep government influence bringing a new “non-addictive” painkiller to market.

#SPOTTED: GREG KINNEAR IN TORONTO FOR “STRANGE BUT TRUE”

We love this time of the year as production picks-up in Toronto. Among the great things filming in our City is an intriguing new Thriller called STRANGE BUT TRUE, which recently was pitched at Cannes.  Starring Greg Kinnear and Amy Ryan, the Film centers around a woman who five years after her boyfriend’s death, shows up at his family’s door to tell them she’s pregnant with his child.  Although they try to believe her, they find out the truth is rather terrifying.  Rowan Athale directs and it films through mid-July.  Nick Robinson, Brian Cox, Blythe Danner and Connor Jessup also star.

We spotted the amazing Kinnear, whom while no stranger to Toronto having filmed The Kennedys here, hasn’t been here in a bit. The weather thankfully cooperated today as it filmed on the Lakeshore and while he was headed to lunch, he was so kind to stop for a quick snap!

#TIFF12: GREG KINNEAR AT PREMIERE FOR “THE WRITERS” 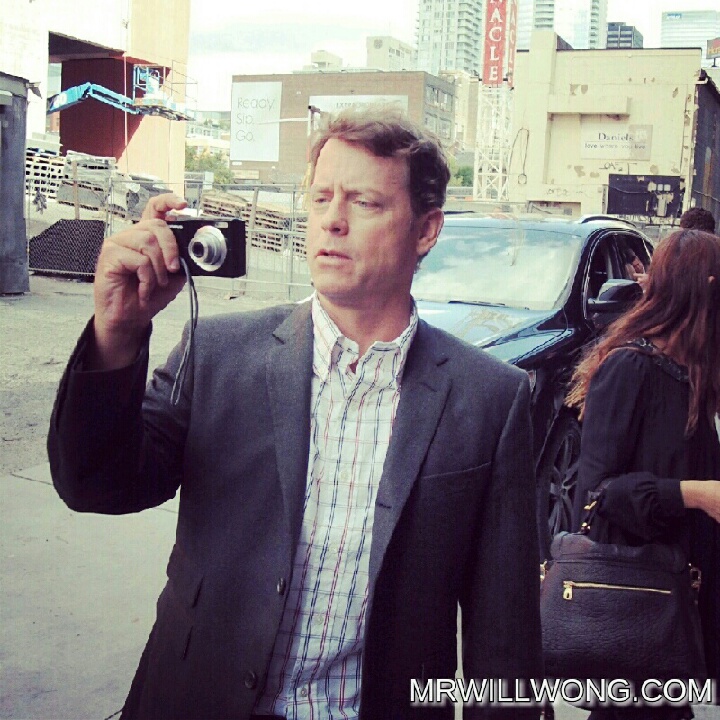 Certainly no stranger to Toronto, Greg Kinnear always is a hit with Fans!  Check him out as he takes a Fan’s request to “take a Photo” a little too literally after arriving to do Press for The Writers. Love that.